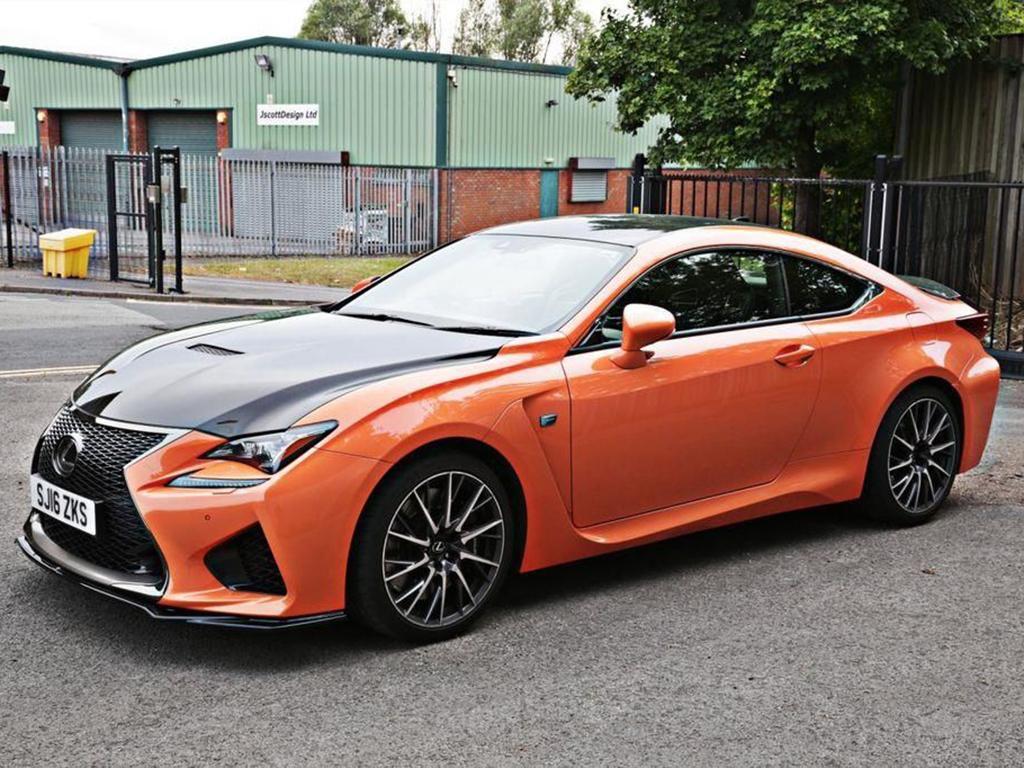 Lexus is nothing if not a brand full of contradictions. On the one hand here's a manufacturer that created the near-flawless LS400, the smart original IS200 and the sublime LFA; on the other is a firm happy to continue with the CT200h. But also makes the LC, surely one of the best bits of car design seen in the past few years. Its performance models retain a 5.0-litre naturally-aspirated V8, yet hybrid and electric models are what Lexus is known best for. The range is, at times, a bit baffling.

Nothing encapsulated the Lexus way better than the RC F Carbon. Already the standard RC F was a confusing car, because in some regards it felt quite sporting and in others it felt like any other large Lexus. The Carbon certainly ensured there was no doubt about the intentions anymore: a carbon boot, roof and bonnet delivered the road-racer message loud and clear. Paired with orange paint as on this car, the Carbon treatment turned the RC F from bold to just about unmissable.

But the Carbon only saved 15kg - this was still a 1,765kg coupe, so it wasn't what you'd call transformative. Certainly most cars with carbon bonnets are a little more... hardcore. However, despite that and the quality of the opposition, we shouldn't lose sight of the fact that the RC F was, in any form, a decent car to drive. Even if it wasn't class leading, the Lexus boasted Brembo brakes, Sachs dampers, a torque vectoring differential and more than enough ability: when PH tested RC F and M4 five years ago, the Lexus was less than a second slower around a Bedford Autodrome lap. Even though the BMW won out overall, it was said that "there's a little bit of magic to the RC F that never lets you forget its potential." Something that was notable for its absence in the M4.

Point being that the Lexus is most likely a far better sports coupe than it's often given credit for - nobody seems too bothered about a C63 being 1,800kg, after all. It was resolutely its own thing, too, which is a bold and laudable approach in such a competitive market. Perhaps most importantly, the RC F deserves some attention because a Carbon like this - with just 9,000 miles recorded - is for sale at £35,490. These were £70k cars new, carrying an £8,000 premium over the standard F.

Compare it to the obvious rivals and the RC's case looks stronger still; an M4 Competition from the same year at the same price has another 15,000 miles on it, while an equivalent C63 has more than 30,000 miles - that's not the 510hp S, either. No one is saying that the Lexus doesn't have its flaws, but you can't ignore the value that's on offer either. That's less than an NX costs brand new. It says here.

You would have to hope that rarity helps stem the flow of depreciation somewhat, because it does stand to cloud the ownership experience a tad. On the plus side, it surely can't lose this much again, and running a 5.0-litre V8 Lexus should be about as painless as any similarly configured vehicle could be. A Solar Orange RC F Carbon is never going to be to all tastes, but that's exactly the point - it isn't trying to please all buyers and it is a bit different, which it's hard not to admire the big Lex for. Especially at half price...