Only the very special Maseratis are for sale at six-figure sums; time for the Shamal to join the club... 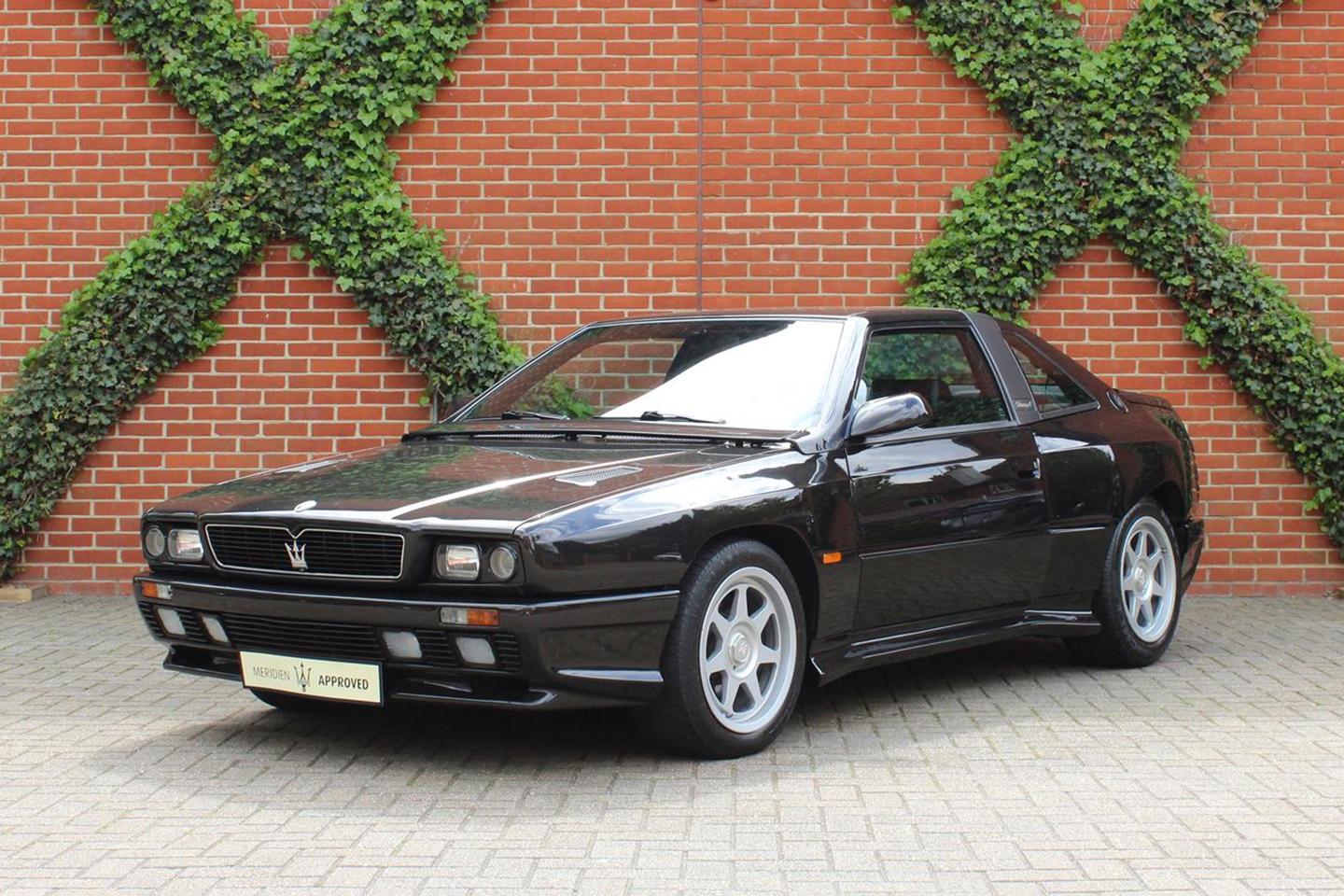 In the PH classifieds right now are 295 Maseratis. How many of those do you think are for sale at more than £100,000? Nope, sorry, wrong answer - it's just 19. Plus an MC12 and Tipo 6CM on POA. Furthermore, take out the GranCabrios from the equation - nobody would pay more than £100k for one of those now - and it's just 16 Maseratis. Maybe it isn't a fair comparison, but there are 220 Lamborghinis in the same price bracket...

Anyway, the mega Maseratis are a lovely line up, and you won't see more evocative names anywhere: Khamsin, Ghibli, Mistral, Sebring and so on. Then there's the outlier: Shamal, £109,995. But then this isn't any old Shamal, if such a thing could ever exist.

Although Maserati's new direction includes the MC20 supercar, it would be reasonable to assume that some of the purists won't be too pleased about the hallowed trident on an electric GranTurismo. That said, the vision for the next few years at least represents a fresh impetus, new powertrains and new platforms for a future that's coming faster than we all imagined. Maserati hasn't always been the most proactive, usually for financial reasons, when it comes to product renewal...

The Shamal was revealed in December 1989 as the last Maserati to be debuted under De Tomaso ownership; the situation was so bleak by that point that Fiat acquired half of Maserati the month after. Without the funds for a new car, Maserati had to make the best of what it had for the Shamal, with rather more Biturbo present than anyone thought desirable. On the other hand, it did get a new turbo V8, which secured the Shamal's reputation almost immediately - it was fearsomely fast. You can imagine the 'gone like the wind' headlines now (this car carried on Maserati tradition in being named after a particularly potent breeze).

With two turbos, eight cylinders, more than 320hp and almost the same in pound feet of torque, the 3.2-litre engine would have ensured stunning performance in almost anything. In a car like the Shamal, a car not all that modern even by the standards of the 1990s, it must have been mind-bending.

As is the way with classics, a car that didn't sell well when new because it was outdated - just 369 Shamals were produced in six years - is now a rare and collectible throwback. This particular car is exemplary, with just 6,000km from new; the very fact Meridien Modena is selling a 29-year-old Maserati speaks to it condition, given its usual offerings are much more modern. This is probably better presented than the nearly new cars...

Though last year's Project Rekall will have reignited some interest in the Shamal, this one is surely for the Maserati aficionado rather than the casual enthusiast. Bless it, this isn't a classically beautiful Italian GT, but three decades later that unmistakeable look is probably part of the appeal. For the committed collector - one amassing a portfolio taking in every twist and turn of Maserati history - it's easy to imagine the Shamal alongside a Bora, Ghibli and new MC20, such is the incredible story of the brand. Let's hope, however, that for all involved, the future follows a steadier trajectory...