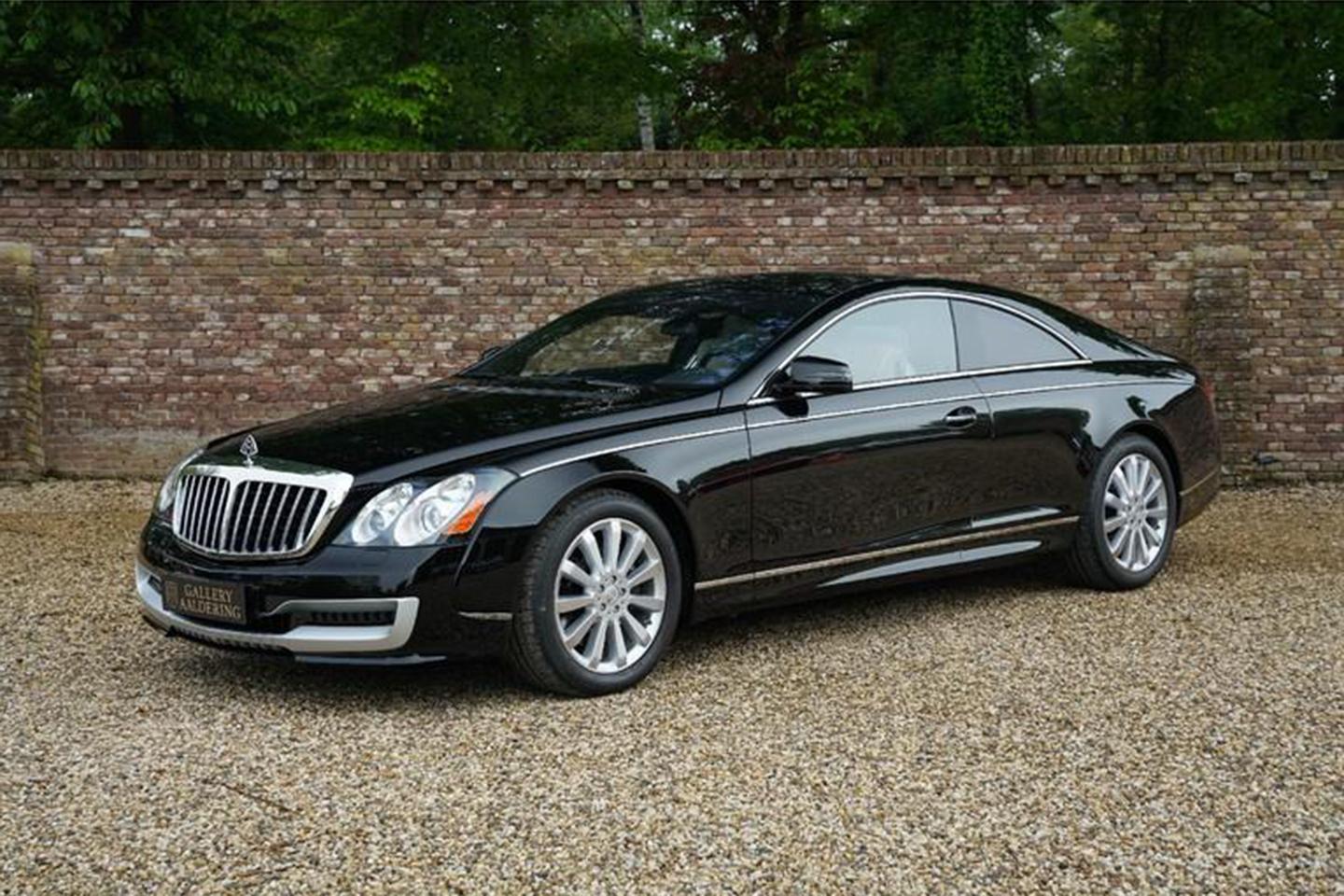 Feast your eyes on the Maybach 57S Coupe. Or to give it the full name Wikipedia deems correct, the Maybach 57S Cruisero Coupe by Xenatec. Which is an exceptionally apt name for a car that was reputedly ordered by Colonel Gaddafi before he met his fate. Doubtless the two-door conversion caught the Libyan dictator's eye for the same reason it did ours - i.e. its improbable look and exceptional rareness.

Of course, the car underneath is familiar enough. The 'standard' Maybach 57 S earned its differentiating consonant thanks to deployment of a 612hp version of Mercedes-AMG's 6.0-litre V12. Even saddled with a supertanker-grade kerbweight, a single driven axle and a five-speed auto, the model was said to be good enough for 62mph in less than five seconds. It rode half an inch lower, too.

But that wasn't enough for some. As our Dutch-based vendor helpfully points out, the template for two-door versions of prodigiously large luxury saloons was already well established and Daimler wasn't averse to taking part - especially when it had a coachbuilder to do all the heavy lifting.

By all accounts Xenatec took a thoughtful and concerted swing at the Cruisero. The coupe was very much a traditional restyle - the car is said to be mechanically identical to the model it's based on - but it was apparently built to Maybach's exacting standards, and (assuming you're vaguely onboard with the firm's idiosyncratic design template) it doesn't look too bad for having had its rear doors removed and the fronts significantly extended.

Xenatec thought it might shift as many as 100 examples. Then it had investor problems and the bottom fell out. But not before it had built eight working examples, including the one you see here for Samuel Eto'o, the Cameroonian legend plying his trade for Inter Milan at the time. His choice of Baltic Black over white leather is commendable enough, and we're inclined to agree that 737lb ft of torque probably does make the coupe feel quite nimble.

Does that justify the 795,000 euro asking price? Hardly. But being neither a North African despot nor an elite footballer, we're not exactly qualified to value these things. Presumably to some the exclusiveness and head-turning oddity of the Maybach 57S Cruisero Coupe by Xenatec is sufficient to justify the astronomical sum. We can all agree it's got the right name, at least.