The Black Series wasn't the first crazy or super-exclusive CLK... 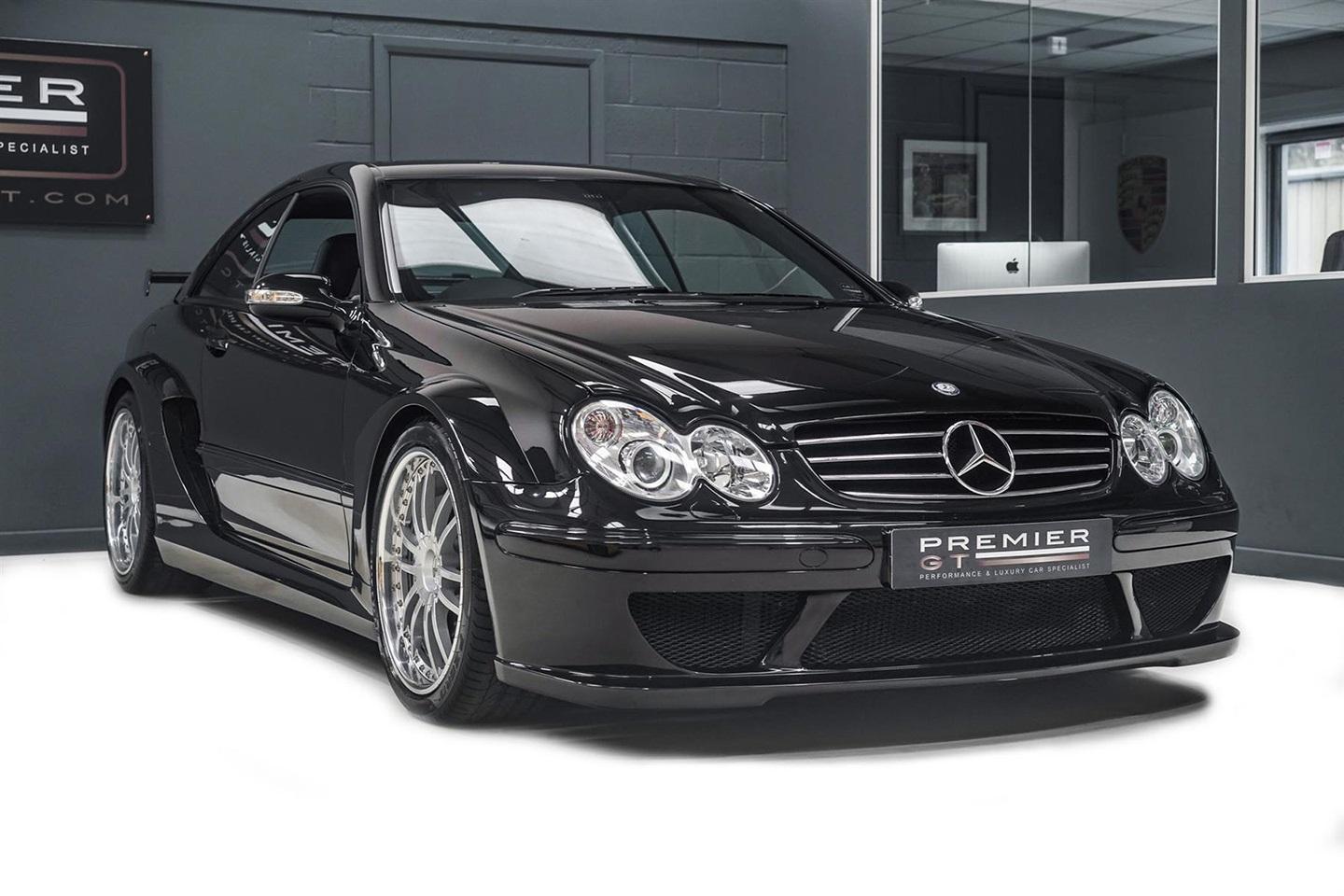 Motorsport-inspired special editions can be a bit lame. Think Audi A4 DTM, with just 220hp, or the BMW M4 DTM; based on a 500hp GTS, yes, but differentiated only through a set of decals. Same with Golf GTI TCR, the MG 6 BTCC Edition and cars of that ilk; they all look a bit cynical, a bit half-hearted in their attempts to cash in on the motorsport association.

The Mercedes CLK AMG DTM was not in the least bit cynical, half-hearted, or lame. It was about as exciting as race car inspired road machines got in 2004. And given AMG's slightly iffy form since then - see AMG A45 Petronas Edition and SL63 AMG World Championship Collector's Edition - it might be fair to say that a better one hasn't emerged from Affalterbach since.

The premise was familiar: AMG had enjoyed competition success (winning the 2003 DTM, in this instance) and wanted to mark the occasion with a limited run road car. But instead of some dubious stripes and a badge, AMG went all out on the DTM. Back then the contemporary CLK AMG was the 55, a fairly unremarkable performance flagship with 367hp - the DTM had more than another 200, thanks to supercharging, for a grand total of 582hp. Torque was rated at an enormous 590lb ft, which matches the current AMG GT Black Series. And this was 2004!

Changes elsewhere were similarly extensive, with two bucket seats and a strut brace inside, carbon parts outside, a completely overhauled aero package, enormous brakes, wider tracks and a mechanical limited-slip diff. A lot of work for any car, but especially so for a limited production run of just 100. (AMG later went on to build 80 cabrios, but we'll ignore those for now).

Of the 100 cars, just 40 DTMs were right-hand drive, which makes this black one especially rare. Built in 2005 but only registered here in 2018 (the advert isn't clear on its life before then), it's covered 8,000 miles. Which is nothing for 16 years, and it shows, looking like a car fit for a motor show stand. The stubby gear selector for the five-speed auto and toggle switches ahead of it look unused, the carbon bucket seats are factory fresh and the split rim wheels like new. Perhaps you wouldn't call it AMG's prettiest car, but there's no denying the DTM's jaw-slackening presence, which is quite the achievement for a car conceived so long ago. It makes even the Black Series that followed look a little tame.

Though the BS perhaps showed off even more emphatically what AMG and the CLK were capable of (at a lot less money), the DTM's swagger was always going to ensure it notoriety. Like so many of the most memorable AMGs, it was so gloriously over the top that it generated affection almost by default. Moreover, there hasn't been a CLK or C-Class Coupe made more powerful since the DTM; how many other cars of the mid-2000s are still notable for their output alone?

Because the CLK is so rare, and because it proved motorsport derived specials don't have to be rubbish, it's always cost a lot of money. Its new price was in excess of €200,000 (though that didn't stop the production run selling quickly), and it's never really dropped below two hundred thousand of any currency since. Amazingly, there are two right-hand drive DTMs in the PH classifieds currently, this black car at £230k a substantial £145k less than this silver, lower mileage one. Which seems a saving worth making. The advert states the car is being sold with a "comprehensive folder full of service receipts" and that the DTM is "sure to be a fast appreciating asset" - which might actually be true given the price of the other car! Whether it appreciates or not, however, the DTM will never be anything less than one of AMG's finest, wildest moments. And there really aren't many motorsport specials that can be said about.