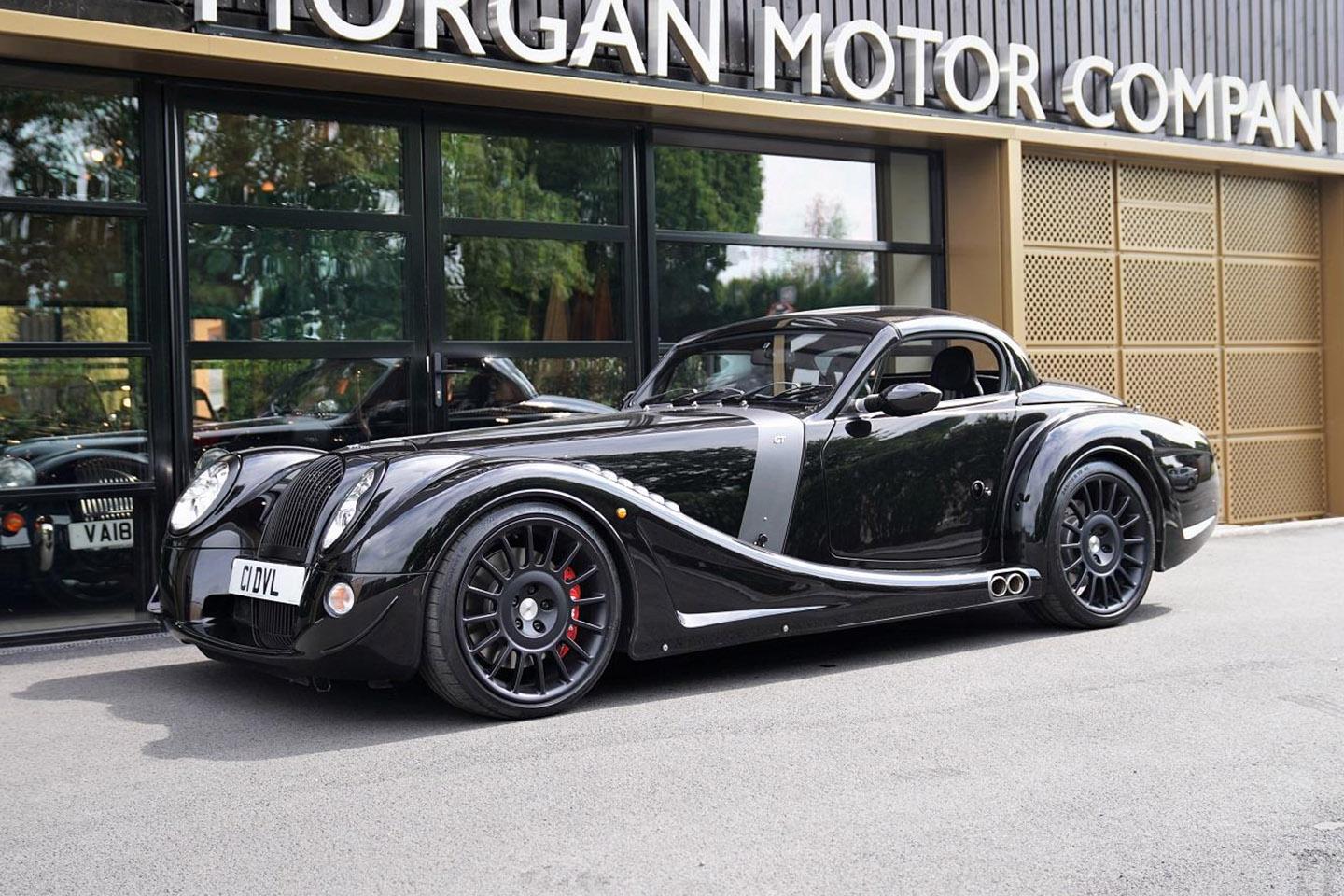 The Morgan Aero 8 divided opinion as soon as it was launched; no one can deny that. The weird cross-eyed headlights, the fact it didn't really look like a Morgan anymore; but hey, at least it still had all four wheels. Well, one sure-fire way to keep parties interested, regardless of how it looks, is to add some more cool bits, maybe even some flames, and turn it into a proper boy's or girl's toy that someone will want just for the pure kudos off it.

Back in 2018, with time finally being called, the Aero 8 received that treatment with a runout model dubbed the Aero GT. It was 'race-inspired', which meant an "unconventionally aggressive appearance" resulting in hand-worked body panels and aerodynamic-enhancing rear diffuser to reduce drag and increase downforce.

Only eight were made to mark the end of the Aero 8's production, and bid farewell to the N62 V8 which had made the regular model so easy to get along with. It delivered a 0-62mph time of 4.5sec, and a top speed of 170mph. Each example received a six-speed manual gearbox and adjustable suspension.

Otherwise Morgan insisted that every Aero GT was unique, with every buyer getting a personal appointment with Morgan's head of design to discuss their individual requirements. One such specification has made it to our beloved classifieds. Number seven of eight, in fact. The model promo'd in Morgan's original press release was grey with a yellow bonnet stripe, but this one has taken a much more subtle - and all the better for it - approach, with black metallic paint and a grey bonnet divide. Stealthy.

The GT body package added to these models included side exit exhausts, GT bonnet badges, front canards and louvered wing tops, plus a rear diffuser and 'GT air vents' on the optional (and selected on this example) carbon-fibre hard-top. Inside it gets carbon bucket seats with black leather, diamond stitching and GT embroidery, plus black dash, steering wheel, carpet; the full works. There's even air con and a touchscreen.

It's had one owner from new - allocated through Morgan's established dealer network - and has fewer than 4,000 miles on the clock. It's a one off (well, one of seven), so you're paying for the privilege, though. Originally priced from £120k, this one is sitting at £279,995. You can't put a price on cool black bits though, right?