The 405 marked Peugeot's assault on the status quo and went on to sell 2.5m examples over a decade in production 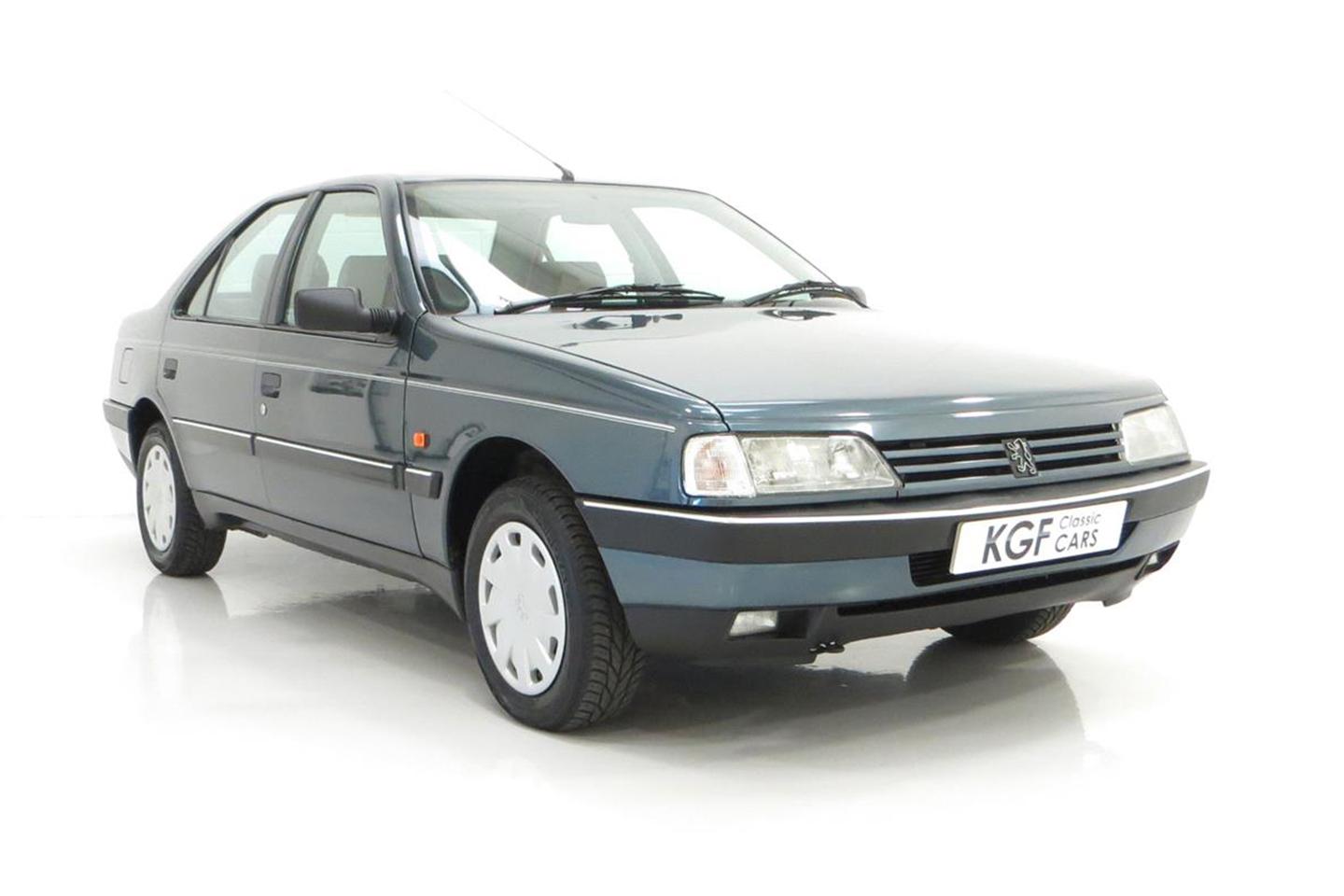 I realise that this will be too mundane, too everyday, to raise an eyebrow with some. But is it that everyday? When was the last time you saw a Peugeot 405 pass by? A while ago, I'd wager. And in this condition? Probably not since Chumbawamba were telling you to get up again. Admittedly I was on the lookout for something grander than a GRi - from time to time, I search the classifieds for a 405 Mi16 or, as they're better known these days, unicorns. If you see one come up, do let me know.

Seeing this pop up was a welcome opportunity to celebrate a humbler iteration of 405, though. If you were someone used to Cavaliers, Montegos or Sierras, as I was, the first time behind the wheel of a 405 would've been an eyeopener. A proper revelation. It really showed what the big boys thought of the contemporary family saloon and hatch buyer: less a valued customer and more an amorphous cash cow to be milked and repaid with underdeveloped platforms. Yes, the Sierra had its rear-drive layout and independent suspension, but its engines and transmissions were a carryover from the Cortina.

I can't think of many cars that moved the sector on as much in one fell swoop; until, perhaps, the Mondeo came along and Ford finally acknowledged its underinvestment in product. And I sometimes wonder whether that would have seen the light of day had Peugeot not rocked the boat so vigorously with its impressive model range from the 205 onwards.

The 405's steering was the thing that I remember most from time spent behind the wheel of my brother's slate grey 1.9 GRi. Compared with the loose helm of my Mk2 Cavalier (an Antibes spec, now I recall, with white body coloured wheel trims and electric-blue seats) it was ridiculously quick and responsive. To say it was go-kart like would be an egregious cliché - but the truth is, relatively speaking, it was. And the 405 was one of the few cars from the era that didn't kill any sense of connectedness to the front wheels with the inclusion of power steering. It had a really nice chassis balance as well. A solid front axle that allowed the rear to rotate off throttle by just the right amount. In fact, while many at the time would rave about the 205 being the finest PSA Group offering, I always preferred the less edgy nature of its longer-wheelbase brother.

As always, nothing in life is perfect. I'm not going to pretend that the interior quality was up to much (although to be fair, this example with the later dash was a big improvement on that front) and while the XU engines were strong performers, they idled like road drills, sounded pretty strident if you revved them out and had a nasty predilection to glazing up their cylinder bores and burning oil (again, less so the later cars). That's why you often saw 405s sitting in a bluey haze at traffic lights. On the plus side, you could swap their wet liners and rings surprisingly cheaply and easily with the engine in situ.

This car's auto 'box may not be to everyone's taste, nor perhaps the price for a car fast approaching its thirtieth birthday. But with under 30,000 miles, one owner in the book and a report that backs up its apparently first-rate condition, I'd say this humble but rare offering has real appeal.