Most development cars are destroyed after testing - not all of them, though... 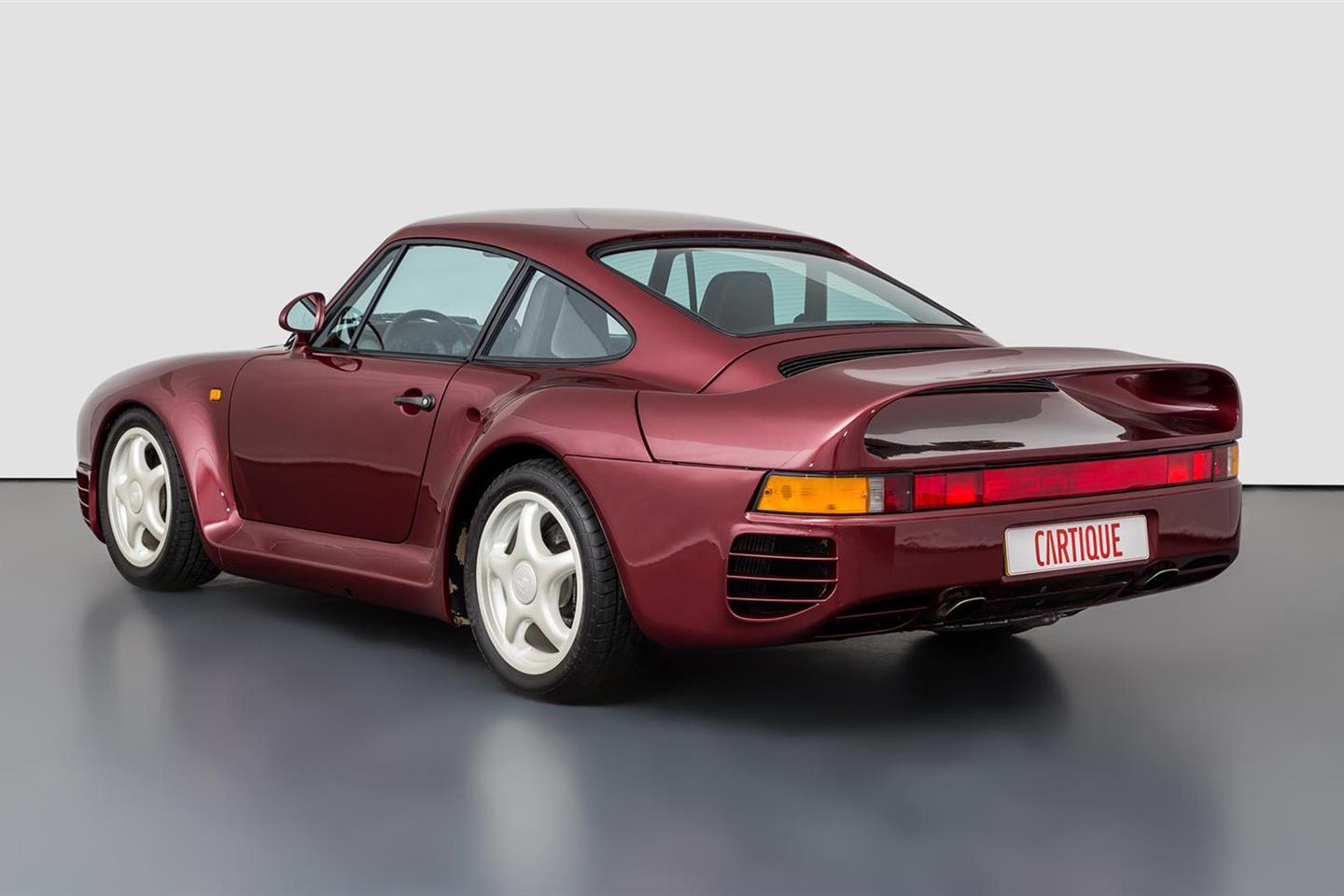 This year marks 40 years since work began on the Porsche 959, and 35 since the first production car was built. Back in 1981 the plan was for Group B competition, only for the development process to overrun, meaning the 959 wasn't ready in time. Part of the reason for the delay was its sheer complexity, most notably with technology Porsche hadn't used in a road car ever before.

Then as now, it required prototypes. Lots of them, fettled to assess every item destined for the finished item. A very expensive finished item, in this instance. Usually, the development cars aren't in any fit state to be used (or even kept) once testing is complete, so they're destroyed. Even the good ones are typically disposed of. To find a functioning prototype is pretty special, then, especially when it's almost 40 years old. And more so when it's a Porsche 959...

Yep, this is a development mule for Porsche's first hypercar. Its job was assigned to both electrical and hot weather testing, for which it travelled to the west coast of America as well as Europe. This is Prototype F7, in fact; the F Series was the earliest run of prototypes, followed by the V and N Series. There were 12 'F' cars, and this is one of two in that run painted Ruby Red. Moreover, it's believed to be one of just three or four of that original dozen still left, and the sole F Series prototype actually running. Which, by virtue of being in that early batch of prototypes, makes this the earliest driving 959 out there.

The history is fascinating, of course. There's more detail in the advert, but F7 has been all over the world, from US to Swiss to Japanese collections, to Belgium and Britain as well. Most notable in its recent history is a visit to Porsche Centre Reading in 2018, where more than £25,000 was spent refreshing fluids, dampers, the battery and so on. Far from a museum relic - understandably, this 959 has spent a lot of its time in collection - there's no reason why this couldn't be used on the odd occasion.

Details mark prototypes out, and it's no different for the 959. This one, for example, doesn't have a passenger mirror or a filler cap visible outside, but also goes without power steering or ride height control. Hidden details include ancillary test diagrams in the glovebox, additional wiring under the passenger seat, 'F7'-stamped undertray plaques and mounting points for electronic equipment. All cars have a story to tell, but the 959's would be especially memorable.

Its early career probably accounts for a chunk of the Porsche's mileage, with more than 28,500km recorded. Still, nothing it'll be subjected to now can be worse than the life of a prototype car, so any excuse to drive it could be seized upon. In the grand scheme of hypercars, the prototype 959 doesn't even seem extortionate money: it's for sale in Germany at €1,170,000, or just a tiny bit more than a million pounds. Which is F40 money, for a much rarer car. It's even comparable with other 959s - a US car sold for a just over a million dollars at auction in 2020, and one of the Qatari royal family's cars goes under the hammer this month with an estimate of more than £1.1m.

Even by those rarefied standards, however, F7 remains something special. There isn't even another prototype like it, leave alone another 959. Which counts for a lot when it comes to collectability. If you can live with one mirror and no power steering, what a Porsche to add to the portfolio.