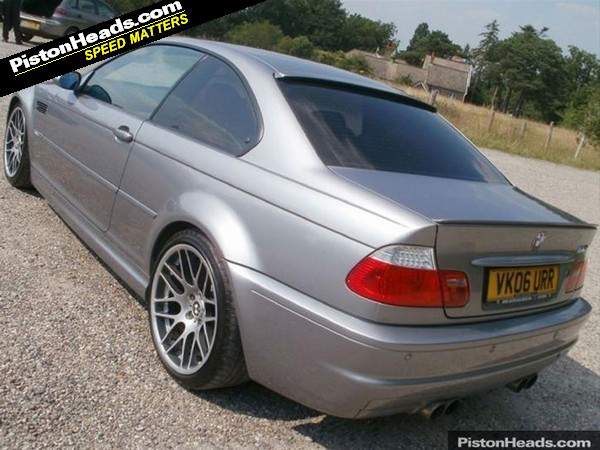 When BMW launched the E46 M3 CSL, one question was repeated by the world's motoring press and enthusiasts; can this car really be worth £18,000 more than a regular M3? Today, approaching a decade after the CSL's launch, it remains a valid query. 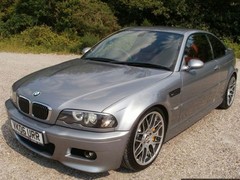 is available for £14,000, its additional miles accounting for the even greater price difference. Moreover, it isn't a regular E46 M3; it's a CS. With a manual gearbox, an interface between man and machine so cruelly denied to CSL owners.

The CS was the E46 M3's swansong, a run-out special that appears largely neglected now in the face of spiralling CSL values. Whilst power remained identical to standard at 343hp, the CS received the brakes, steering wheel and steering rack from the CSL. BMW also fitted the M-Track mode to the traction and stability controls, loosening their respective intervention thresholds. The CS package was completed by some CSL-esque Y-spoke alloy wheels.

It wasn't, despite the nomenclature, a cut-down CSL. Consider the CS instead as an M3 Plus and you'll be closer to the truth. So although there's no carbon airbox or weight loss, an M3 CS does offer small but tangible improvements over the regular car. The revised steering gives even better response over the standard M3 and revised springs aid its B-road composure. For £14,000, a manual CS appears stunning value. 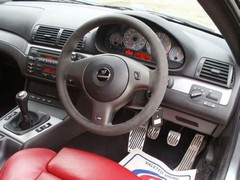 Manual 'box is a luxury denied to CSL owners

Of course, it is possible to bag an E46 M3 for significantly less. Indeed, if you're brave enough to take on a car with nearly 150,000 miles and a new engine, this

can be had for under £6,500. However, when just a couple of thousand pounds more buys this

, it seems wise to spend a little bit more to secure a lower-mileage car.

Spending more than four figures means some of the best E46 M3s are within grasp such as this Phoenix Yellow manual version. Some of the very last special-edition M3s are being sold in the teens but, against the aforementioned CS, the premium appears unnecessary.

Finally, whilst it isn't as dynamically capable as the coupe, an M3 Convertible is more than a match for its open-topped Mercedes and Audi rivals. Just under £7,000 buys a manual convertible with a full BMW service history. 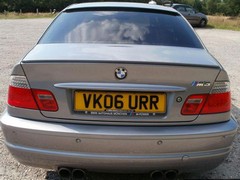 With so much choice, choosing the right M3 isn't an easy task. Messrs. Harris and Trent are advocates of the basics-is-best philosophy; a manual car with the 18-inch wheels. Personally, the lure of that CS would probably prove too strong, especially given its rarity as a three-pedal car.

There are a few key points to be wary of with any E46 M3; for a comprehensive list, see the PH M3 buying guide. It is vital to ensure the first running-in service was completed at 1,200 miles, and check any SMG-equipped cars for undue clutch judder. But the wealth of E46s for sale attests to their inherent dependability, only boosting its credentials as a used purchase.