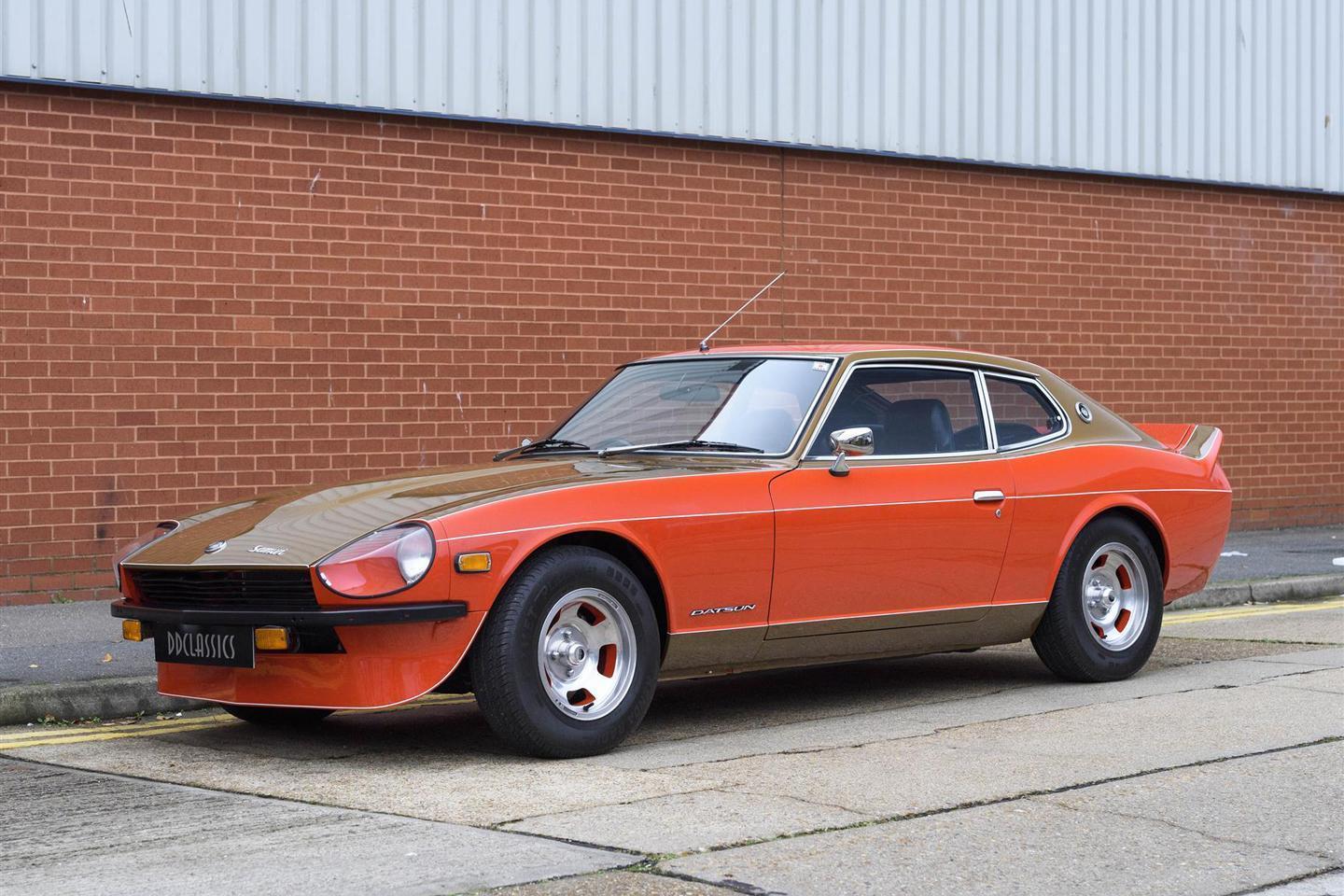 You’re right to notice the misspelling of the word Samurai, but rest assured it is correct when it comes to Datsun Z cars of the seventies, because this was the name of the tuning company that turned roadgoing models into racing machines. The 260Z this Japanese brand created was directly inspired by the cars Datsun was fielding with great success, with wins collected at events including the RAC Rally, Monte Carlo Rally and treacherous East African Safari Rally.

Datsun wasn’t in the habit of producing street-legal versions of its upgraded competition stuff, so Samuri saw an opportunity to create special versions like this 260Z. This car's recently had a nut and bolt restoration, so its 2.6-litre straight-six ought to have every one of its original 200 horse in the stable, just as it did back in ’74, when a gain of 60hp over standard thanks to some serious engine work had Z fans ultra excited.

As you can see, the extra muscle was matched by a comprehensive upgrading of everything else, and a lovely two-tone paintjob that mimics the vibrant schemes of the competition legends. Expect lots of noise and drama to go with that shade of orange. Things don’t get much cooler for £50k, do they? SS

Even in a year that’s bringing a 510hp M3, another Golf R and the latest 911 GT3, the new car I’m probably most excited by in 2021 is the Mustang Mach 1. No, seriously. I like the standard GT and love the Shelby models, so the prospect a right-hand drive car with some of the GT350 fairy dust sprinkled on top is one I’m very excited by.

But let’s not forget about the Bullitt. For one, I think it’s the best looking of all the S550 Mustangs, clearly inspired by the film car but not a slavish replica of it, and this week we also learnt that the Mach 1 will have the same 460hp. Not ideal for anyone wanting the Mach 1 for Top Trumps bragging rights, but a figure that serves to make the Bullitt even more appealing. And it’s a great 460hp, too, V8 torquey but rewarding revs and sounding almost as good as that infamous car chase soundtrack.

This particular Bullitt is two years and just 2,000 miles old, meaning the chunky Recaros and cue ball gear knob are still almost brand new. £47,950 is a handy saving over the Mach 1, too. I’m still excited about the new car, of course, but its introduction in the UK has also served as a timely reminder of those Mustangs out there already that are well worth your attention. MB

After being inspired by the pleasantness of Jaguar’s new XF in diesel Sportbrake format, but disappointed by the lack of exciting petrol model, I felt compelled to seek out an example of a powerful estate done right for my choice here. And boy did I land on a good’un, as this C63 wagon doesn’t just nail the brief as far as engine exoticness and bootspace go, it’s also up for just sixteen grand. With a fiver back.

Given that this 2011 estate has AMG’s legendary M156 6.2 under its bonnet, complete with 457hp (and, admittedly, an appetite for hydrocarbons that even the optimistic NEDC test rated as sub-20mpg economy), that seems like incredible value for money. You’ll be well aware of how capable and characterful the old W204 C63 is, so to see one this well-kept, even with 94k on the clock, is cheering.

Now, I’m not suggesting it makes much sense for Jaguar to shoehorn its own V8 under the snout of the revamped XF estate in the manner of this AMG brute. Even Affalterbach is set to end that practice with the launch of a hybrid four-pot C63 in the near future. These days, BIK tax rates far outweigh capacity bragging rights, so you can guarantee there’ll be nothing to fill the boots of this old dinosaur ever again. For that reason, I suspect the want will only get stronger... SS