Home/Regulars/Spotted/Touring Maserati Bellagio: You Know You Want To

Touring Maserati Bellagio: You Know You Want To

Delightfully opulent and about as exclusive as it gets, this shooting brake really is a bit special 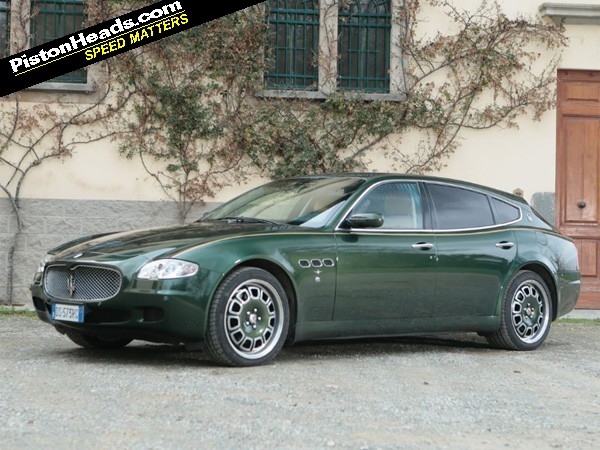 exhibited at this year’s Geneva show? It was the handiwork of Touring Superleggera. 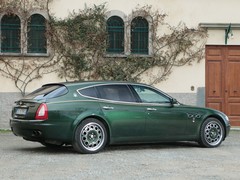 It ain't cheap, but the Bellagio is exclusive

Touring's back catalogue is full of exotic oddities,

redux and the Maserati Bellagio seen here included. It was based on the

, and turned the big, slinky saloon into a shooting brake that was equally sizeable, if perhaps a shade less comely. Mind you, if you really need that extra boot space, there are few finer-looking cars out there, and in terms of exclusivity it’s hard to beat – only four have been made, giving it a considerable edge over the mass-produced

Mind you, exclusivity costs, and as you’d expect, this particular Bellagio won’t exactly be going for a snip. RM’s suggesting a figure somewhere between 80,000 and 120,000 euros – or roughly £67,000 to £101,000, at today’s exchange rate. A fair whack more than a standard Quattroporte, in other words. So, what do you get for your cash? Well, not much extra in the engine department, it must be said – the Bellagio shares the standard car’s 4.2-litre V8. No bad thing, mind, considering it can kick out a healthy 395hp. And while there's no mileage given, it's fair to assume that it won't exactly have been to the moon and back, so in theory the engine and six-speed automatic gearbox it's mated to should be in pretty good shape. 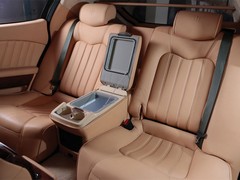 Cool. Quite literally, in fact.

Elsewhere, though, there’s quite a bit to write home about. This is the first Bellagio ever to have been built, giving it a little extra cachet over the others, having been commissioned by former Ducati president Dr Carlo Bonomi. It comes fitted with a stunning set of forged 19-inch Borrani Bimetal wheels, as well as facelift tail lights, and inside everything’s swathed in the finest Italian leather. Extra gadgets include tilting rear seats, twin headrest monitors, and a champagne fridge, making the rear a rather enjoyable place to spend time. There’s even a dog barrier in the boot, as well as a gun rack with space for up to four shotguns. Just make sure Fido doesn't hold any grudges before you make use of both at the same time.

What’s more, the Bellagio has the distinct advantage that you can actually own it, too – unlike Bertone’s similarly appealing but strictly one-off Aston Martin Rapide-based Jet 2+2. It’ll go under the hammer at RM Auctions’ Villa Erba sale on May 25th. And frankly, if we had that sort of money kicking around, we know we’d be sorely tempted.

TOURING SUPERLEGGERA MASERATI BELLAGIO
Price: 80,000-120,000 euros (around £67,000-£101,000)
Why you should: It’s an opulent slice of shooting brake exotica that’s about as exclusive as it gets
Why you shouldn’t: Depending on how much it goes for, it could be a lot of money for a four-year-old Quat’