It's 25 years since the Cerbera launched; there can't be many better left than this one 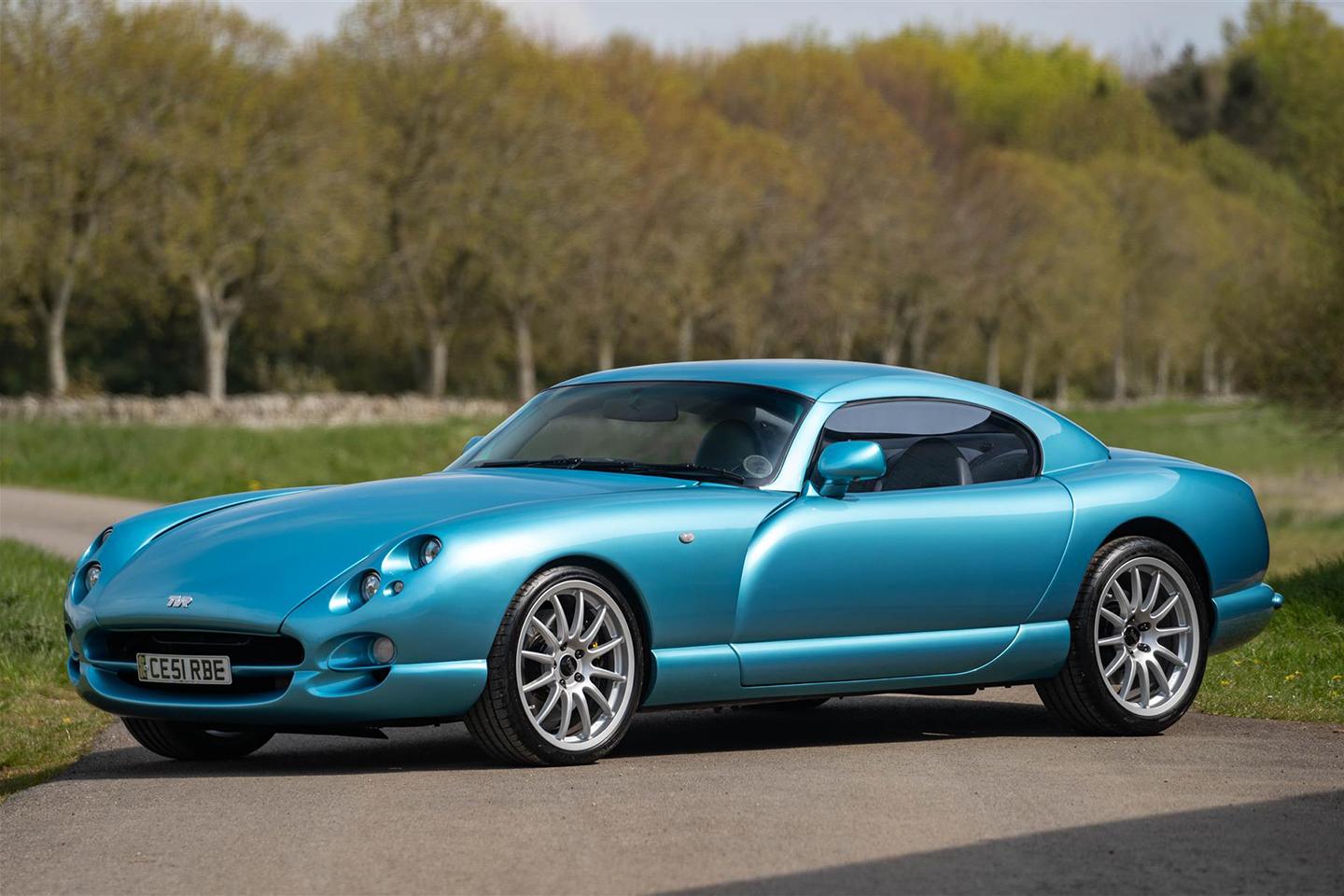 If not as wild to look at or sit in as some others, the Cerbera remains a hugely significant TVR. Introduced back in 1996 having first been shown in 1993, it was the first sports car out of Blackpool to offer both rear seats and a fixed roof. For a company that had forged its reputation on hairy-chested two-seat roadsters, the Cerbera represented quite the step change.

But, of course, nothing was quite as radical as what was found under the Cerbera's bonnet: it was the first TVR to be powered by in-house engines. No more Rover V8 transplants - it was AJP8 for the Cerbera or nothing, later followed by the 4.0-litre straight six. Even the original 4.2-litre V8 made for a savagely fast Cerbera, and the 4.5 was little short of ridiculous in an 1,100kg car. Indeed, the only thing talked about more than the AJP's fearsome performance, sadly, became its less than stellar reliability. Owners were a little less enamoured by it than journalists, as they had to deal with the V8 on both its good and bad days.

But those are a long time behind us now, with issues resolved and problems fixed through the committed community. And perhaps nothing shows off better what a Cerbera can be than this car, a 2001 Red Rose that its last owner saw fit "to effectively totally re-engineer" with a huge list of chassis and powertrain work. And a £30,000 bill...

Fret not, however, as this isn't now an LS-engined Cerbera modified to within an inch of its life. Instead, you might call the work 'sympathetic optimisation'; the owner loved driving it in Europe with his family (see the matching child seats) but not being stranded on the side of the road. Therefore, the money was spent to "make the Cerbera Rose tinted dream a reality", bringing all the components up to snuff to ensure it could be depended on.

The list of upgrades is enormous, from Str8six engine work, to an RT Racing suspension rebuild, to a new BTR limited-slip diff. Not a detail has been left untouched, seemingly, in an attempt to create the best Cerbera Red Rose there's been. When the work extends as far as replacing the clock with an oil temperature gauge, rose jointing the throttle linkage and tweaking the flywheel, you get an idea of the lengths gone to to create this TVR.

The end result is attention grabbing to say the least, especially as the only Jamaica Blue Red Rose believed to be out there. The Cerbera now sits on Protech dampers and Eibach springs, with Silverstone Performance SP12 wheels presumably saving some weight over the Spider alloys. Still, it looks superb in a way that only a Cerbera can, subdued against what followed but way more stylish (to these eyes) than the Wedges.

As the Cerbera's full potential has been realised in recent years, so values have risen. Five years ago, a really nice, early car was comfortably less than £20k; now you'll pay £25,000 for a car approaching 100,000 miles. Good V8 and six-cylinder Cerberas seem to be around £30,000, which will look a lot given recent values if still not a great deal for the experience on offer.

The Jamaica Blue car commands a little more than that, however. It's for sale at £49,995, making it the most expensive Cerbera in the classifieds by £10k. That said, it's far from the most expensive TVR - have you seen Sagaris prices lately? And while it's always nice to stamp your own mark on something with a cheaper base and modifications, the appeal of a car that someone has already spent a chunk of money on isn't hard to understand. Especially when the end result looks like this.