There were 110 Spec Vs made; just one came to the UK 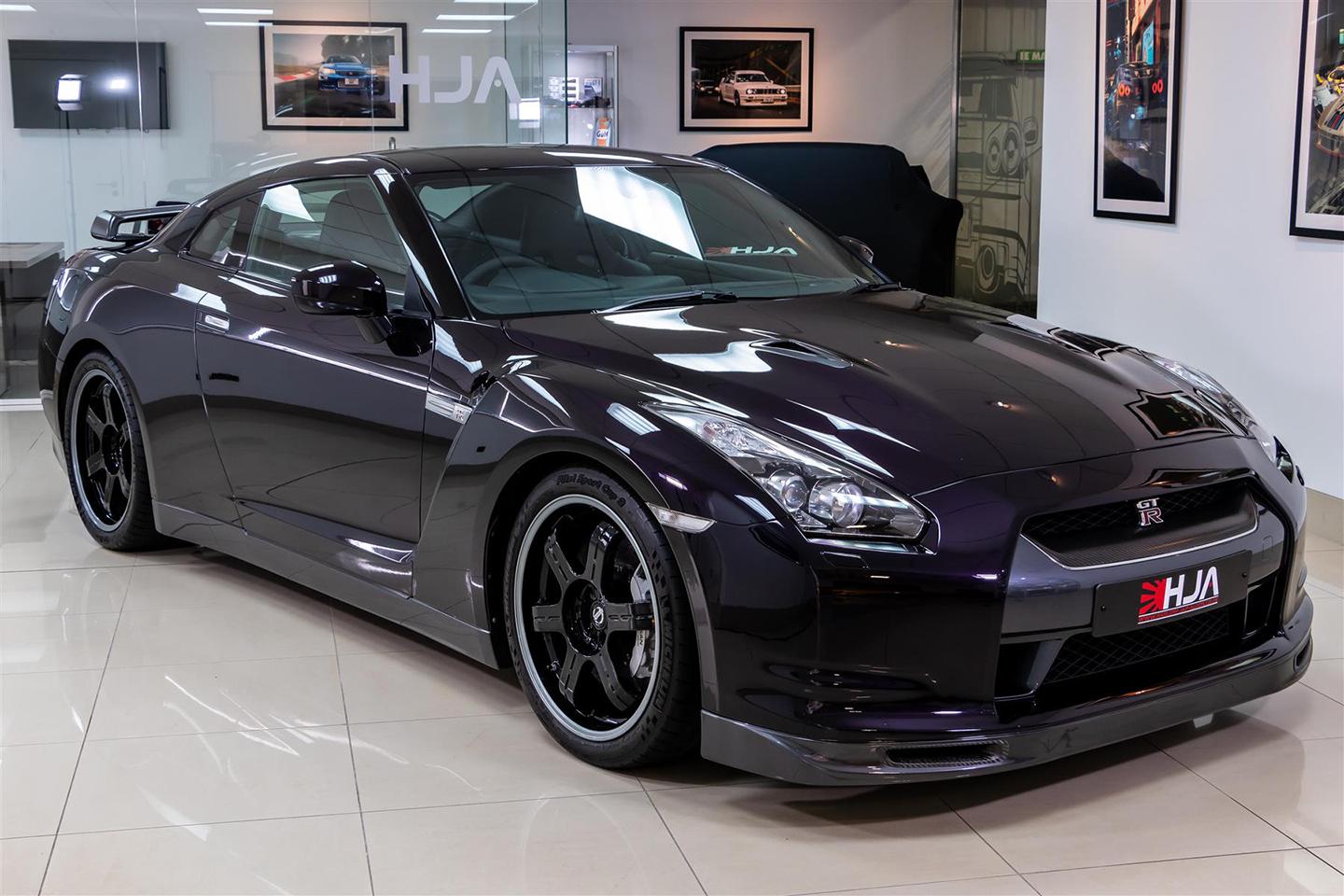 Only the most committed GT-R fans will know about the Spec V. Because if you think of a focused R35, it's the NISMO that inevitably comes to mind. And 'Spec V' conjure up images of the classic Skylines, most likely a Bayside Blue R34 GT-R from the Gran Turismo garage of dreams.

But there was a GT-R Spec V, and quite the car it was. It shed 60kg over the standard version thanks to the removal of the rear seats, more carbon parts and ceramic brakes, which didn't come to the NISMO until later. There were also forged Rays wheels, stiffer passive suspension in place of the Bilstein Damptronic set-up, turbos from the GT3 car and an overboost button as well. The very expensive (£4,500) Ultimate Black Metallic Opal LAC was likely popular, too, given its similarity to the iconic Midnight Purple. And, well, what's another few thousand when paying £100k for a GT-R?

The Spec V certainly didn't come cheap, Nissan citing the extensive use of carbon for a premium that was around £35,000 against the standard R35 a decade ago. Just 110 were produced for the entire planet. Understandably given the Spec V history, the majority (77 cars) remained in Japan, with the rest for Europe (24) and the Middle East (7). Which meant a solitary example was officially allocated to the UK market. This is that car.

Furthermore, it's not just been hidden away in a collection for 11 years; two owners have driven more than 50,000 miles in this Spec V, keen to make the most of what promises to be an incredible experience. Perhaps just as surprising is the fact it has remained very nearly standard in that time, with only a software tweak of the gearbox taking it from factory spec.

A lot of care has clearly been lavished on the car since 2010; you'd be none the wiser if it had been stored all this time. The stunning carbon Recaros show very little wear, the paint is perfect and the wheels - only just big enough for the brakes, it seems - are flawless. A buyer would have to be pretty committed to the GT-R cause to plump for a Spec V, and that's evident in how well this has been presented - it's been loved, for sure.

Clearly, such a rare and beautifully preserved example of Nissan's icon isn't going to come cheap. Have you seen what Spec V Skylines have been offered at recently? So while R35 GT-Rs have been less than £40k for a while now, this Spec V is being offered at £99,995 - probably not much less than it cost its original owner. And although the money could buy all manner of newer or much more powerful GT-R, it's still less than a NISMO might cost.

But being rational around a car like this seems daft; if you don't get the Spec V significance, it's unlikely to ever make much sense. On the other hand, this is little short of the holy grail for GT-R fans, and an incredibly special opportunity. It has both the mileage to continue being used and a condition fit for a collection; what a decision for the next owner to have to make. And whatever happens, this will always be the only UK-allocated Spec V GT-R - to some, that alone will make it worth every penny.