The Elise's racier sister is a very cheap date 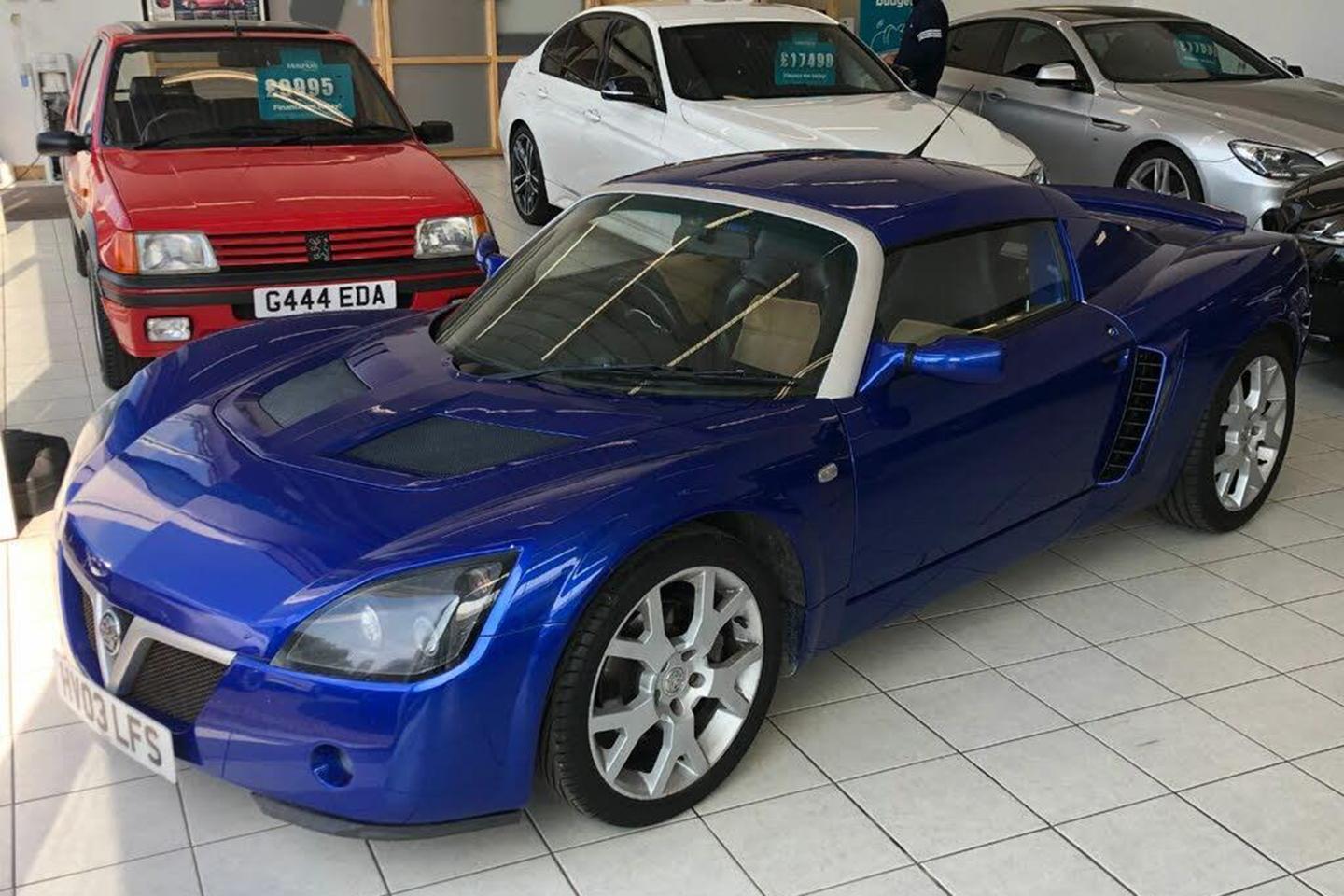 It might come as a revelation to anyone under the age of 30, but Vauxhall used to make interesting cars. Few of which were as compelling than this week's Brave Pill: a leggy, enticingly priced VX220 Turbo

While fast Fords from this period inspire more love and sillier values, Vauxhall always seemed to try harder when it came to performance models in the late nineties and early noughties. The company had VXR go-fastered versions of almost everything in the family, even the Zafira and Meriva. Vauxhall also managed - despite opposition from GM Europe - to bring in badge engineered versions of right-hook Aussie goodies in the form of the Monaro and Commodore-based VXR8. But the VX220 was the most exotic of the lot, essentially a re-engined and re-bodied version of the Lotus Elise.

The relationship between the two cars was both obvious and celebrated. This was a marriage of convenience. Lotus needed cash to update the Elise to meet tougher crash tests, and GM wanted a halo sportscar without the expense and wait times of doing one itself. An Opel Speedster concept based on an Elise chassis was shown at the 1999 Geneva motor show, and the deal to make a near-identical production version was announced shortly afterwards, alongside a Vauxhall-badged VX220 sister. The new car would share its core structure with the Series 2 Elise, but have different bodywork, revised suspension settings and be powered by a GM-sourced 2.2-litre four-pot.

Behind the scenes things didn't run entirely smoothly. The ambivalence of Lotus's engineering team to this cuckoo in the corporate nest was hinted by the selection of a deliberately unsexy model name for the VX-Speedster - Skipton. (The Elise got to be Monza.) On the other side, GM was also surprised by both Hethel's facilities and Lotus's way of making cars. A senior Vauxhall executive's claim that 'we had to get them to fix the holes in the roof and drive the chickens out' was (probably) hyperbolic. But concern over production standards wasn't, and GM insisted on innovations like automatic torque-setting wrenches, component tracking and stringent QA testing. Liability concerns also meant the VX220 got ABS and a driver's airbag at a time when the Elise had neither.

As with many platform buddies, careful work went into distinguishing the two cars' characters. In terms of engines the difference was obvious, the VX's 147hp GM donk being torquier but less willing to rev than the keener, rortier Rover K-Series the Elise was still using. But when it came to driving dynamics, there was definite home team advantage at play.

The VX220 felt great and Lotus-y in isolation, but direct comparison proved the Elise had been sprinkled with more of the magic chassis dust that Lotus keeps in a tin hidden at the back of Colin Chapman's old office. The VX220's front end lacked the bite and surgical response of the Elise, and the Vauxhall's softened suspension managed to feel less pliant over rougher surfaces, its chassis also lacking the Lotus's fineness of front-to-rear balance.

But the VX220's bigger problem was the unwarranted optimism of GM's marketeers. The production deal had been agreed on the basis of 10,000 VX-Speedsters, but after nearly three years fewer than half this total had been produced and demand was slackening. Which is why the nuclear option to create the VX220 Turbo was taken, one that would see the car transformed from the Elise's softly spoken half brother to a cousin with an ASBO and face tattoos.

Journalists realised the 200hp Turbo had been given more than just a power upgrade on the press launch in Spain. I didn't attend this, but the story has been turned into a much-told campfire favourite in the years since. Vauxhall had decided to hold the media drive on track at Jerez, a decision that was soon confirmed to be at the foolhardy end of brave as journalists experienced the Turbo's combination of boosty urge and a hair-trigger chassis balance. No fewer than five cars were crashed on the event, with one hitting a barrier after the hack driving it claimed to have lost control when he sneezed.

Suitably forewarned, I never experienced the VX220 Turbo's dark side myself, and certainly never pressed on with an itchy nose. But I did come close to a memorable accident while driving one around Monaco for a track-themed magazine photoshoot. For logistic reasons this was taking place early on a Saturday morning, and while making a low-speed pass next to the harbour with the low sun in my eyes somebody stepped off a yacht gangplank directly in front of me, triggering an anchors down stop. The figure gave an apologetic wave, gave the car that had nearly collected him a once over and then wandered off, with the combination of a shambling gait and disheveled clothing suggesting this was the morning after a very large night. Mika Hakkinen, I salute you; and GM's decision to fit ABS probably saved your toes.

The VX220 Turbo's added performance and edgier handling helped to reignite interest, and it sold in respectable numbers for several years. There are still plenty to choose from and prices are low considering both the Lotus underpinnings and the level of performance on offer.

Our Pill is an excellent example of what the bottom end of the VX220 Turbo market currently looks like. 124,000 miles is always going to be considered leggy for a lightweight sports car, even if it only works out as an average of 7000 a year. On the plus side it has only had two owners, has the useful option of a heated windscreen and looks to be a standard, unmolested car in a handsome shade of Coral Blue. The vendor reports a full service history, mostly from main dealers, with a recent service and a timing belt that was swapped just 3000 miles ago.

The MOT history is more colourful, with various failures caused by wonky headlights, a leaking shock, a missing steering rack gaiters and a non-recurring ABS checkout. Nothing of real concern, although any VX220 Turbo should be inspected by somebody who knows what to look out for given their crashability and tendency of the clip-in roofs to leak.

But look at the sort of Elise that thirteen grand would get you and this VX220 Turbo looks a steal; a contemporary K-Series powered Elise 111S would be getting on for twice as much. The VX enjoys a good owner's scene, plentiful support and a multitude of aftermarket options to increase performance or sharpen handling. Or you could just keep it standard and enjoy it as-is; it's not as if there's any need to be afraid of adding miles to something that has already managed such a respectable score.

One other thing: I've also managed to write a VX220 story without mentioning Griff Rhys-Jones's underpants once. Over to you...