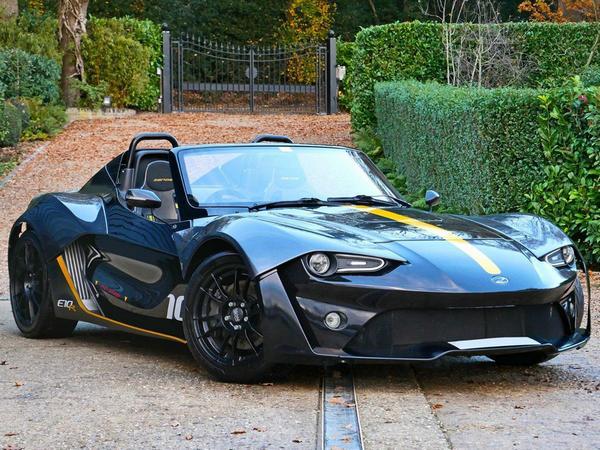 So much of the Zenos plan seemed so good: there was expertise in the team, a clever idea on the drawing board and a proven set of mechanicals underneath. The E10 was a modern, innovative, original take on the lightweight British track special, and showed huge promise. The standard car was really good straight out of the box (and from £25k), the turbocharged E10 S added some very serious performance and the E10 R was a proper road rocket, putting Focus RS power into a car less than half the weight.

But it wasn't to be. In 2017 the administrators had to be called in as the business became unsustainable and, although rescued by AC Cars just a couple of months later, there's been precious little from the company in the two years since. (Naturally, if anything is known of the plight of Zenos, we'd be keen to hear an update.) Still, a lack of sales doesn't mean a bad product - look at the host of positive reviews out there - and a used E10 is now looking like a more interesting alternative to the usual suspects than ever. Especially so when cars like this E10 R, the fastest and most circuit-focussed Zenos produced, is available for less than £30k.

As a reminder, the R used the 2.3-litre Ecoboost Ford engine from the Focus RS (where other models had been powered by the 2.0-litre) to deliver 350hp to the rear wheels of a 700kg car. Unsurprisingly performance was in another league compared to the earlier Zenoses; "astonishing" was the word used on PH, the power complemented by a chunky 350lb ft of torque for huge speed at any revs. That the car could handle and exploit all of the rampant performance was arguably even more remarkable.

The E10 R was launched as a Drive Edition, which is what we have here, and brought a range of desirable track extras: adjustable dampers, carbon seats and harnesses, short shift gear lever, quick release wheel and more. This car has the further advantage of both a limited-slip diff (not fitted as standard) and lighter OZ wheels, making for what must be the most desirable Zenos out there.

And yet it's also one of the cheapest. That might be owing to the higher mileage compared to similar cars - some are still on the delivery mileage - but then 3,000 is hardly enormous. Which means it looks like a canny buy at £28,450, especially with some less powerful E10s still above £30,000.

Of course there are other cars that could be bought; Britain is the home of the stripped out track weapon, after all. However, while there are Caterhams and Lotuses at the money - see this 270 and Elise S, lovely cars both - it's difficult to combine the E10's power, performance and relative newness for this money among the more established marques.

It's therefore easy to make a convincing case for the Zenos; there's even some kind of roof to ensure you make it home. There will be concerns around buying the product of a seemingly defunct company - the panels could be tricky to replace, for example - but the mechanicals are at least off the shelf Ford items and so, in theory, simple enough to keep on top of. As something rarer, faster, just as talented and arguably more interesting than the immediate rivals at this price, it would be a shame for the Zenos E10 R not to find another owner soon. If something new is required for the 2019 track day season, it's hard to think of much better.