Dan unwittingly set up the ideal petrol versus electric showcase last week. This is what he learnt... 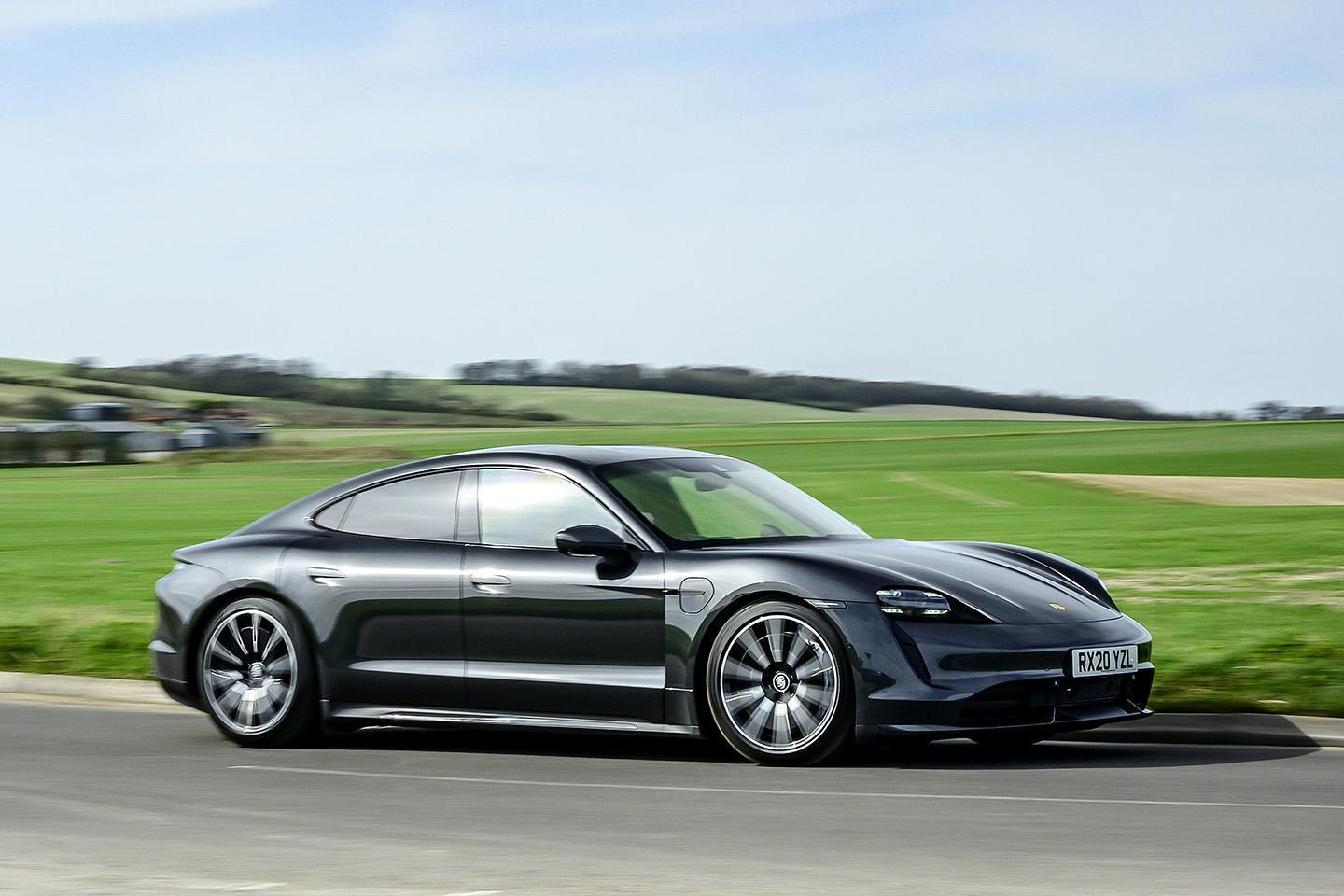 I could spend half a day trying to devise a more robust comparison between two very different cars and do no better than the back-to-back test I happened upon last week. I'd borrowed a Taycan Turbo and a 718 Boxster GTS 4.0 from Porsche. With only a day to shoot individual video reviews on both for the PH mothership, CarGurus, videographer Guy and me had to work quickly. In doing so, we came up with what must be the most rigorous assessment of an electric performance car against a conventional combustion-engined one that your average automotive journalist is capable of dreaming up.

We shoot these videos in a very particular way. To save time, we lump all static shots in together, and all moving shots in together as well, no matter many cars we happen to be filming that day. That means we'll put the first car in position and film the introduction piece to camera, then the bit where I poke around the cabin, and maybe another bit where I open the bonnet and point at the engine (if it has one), then wheel the first car out and do exactly the same with the second.

This means we also record all the driving shots on the second car immediately after we've done so on the first. And that was how I found myself driving through a sequence of corners 20 or 25 times in a 718 Boxster GTS 4.0 and then, within minutes, doing exactly the same on precisely the same stretch of tarmac in a Taycan Turbo. We know that an electric saloon car will behave differently to a petrol-powered sports car in a corner, but through that impromptu and entirely non-deliberate process, I was able to break down that difference into its most granular constituent parts.

Now, this wasn't quite a like-for-like comparison because the Taycan is a four-seat saloon (and not a sports car, no matter how often Porsche insists that it is) and the Boxster is a purpose-built, two-seat roadster. But until Porsche gives us an all-electric Boxster - which reportedly isn't too far off; some say 2022 - this is about as scientific as the electric-versus-petrol performance car comparison is likely to get.

And what did I discover? The 2305kg Taycan felt no slower from corner entry to exit than the 1405kg Boxster. You'd need a race track to tease out the difference in cornering speeds between the two machines. Of course, once the road had straightened out the Taycan felt substantially faster, its pair of electric motors with their combined 680hp slingshotting the saloon car along each straight with more ferocity than the roadster's 400hp 4.0-litre flat-six could possibly muster.

Honestly, the Taycan Turbo's unrelenting, irresistible way of gaining speed is quite something to experience. It's as though the world's biggest similar pole magnets have momentarily come face to face with one another, only to be repelled with a crushing, silent and elemental force an instant later.

But we're not here to talk about straight lines. No, this is about the precise ways in which a sporty electric car corners differently to a sporty conventional one. It's about the sensations that you experience from behind their wheels; what it is that makes one car fun and engaging to drive and the other, though it gives away nothing at all in terms of cornering performance, far more remote.

The Boxster steers much more intuitively than the Taycan. You can pitch it into a corner on instinct, never having to take a second stab at getting the steering angle right. In the Taycan, though, I don't think I once alighted upon the precise amount of lock needed to negotiate a particular bend, meaning every entry phase had me sawing slightly at its wheel. I wonder how much of that might be down to the Taycan test car being equipped with the optional rear-wheel steering setup.

When pilling into a corner at speed whilst hard on the brakes, the Boxster feels well within itself. Do the same in the Taycan - really lunge towards a bend on the brink of ABS intervention - and the car begins to feel its weight. You sense it, or more specifically its electronic systems, battling against the far greater forces at play. You can disguise weight if you're really clever (as Porsche is) but you can never fully deny it.

There is also a very real sense of connection in the Boxster. Not only is its steering communicative, the entire car is, too. Through the seat as well as through the rim, you intuit how much grip there is reserve, how hard each axle is working, how the car is balanced, even when one end might begin to lose grip and how much more throttle you can you can dig into in that exact moment. The Taycan Turbo is perhaps the most impressive electric performance car I've ever driven in that regard, but in the company of a genuine sports car, it feels vague and aloof. You have so little sense of its chassis working beneath you.

Partly that's to do with the saloon car's artificially suppressed body roll (again, this test car had the optional active anti-roll bars that can eliminate body roll entirely if they so choose). That contrasts starkly to the roadster's well-measured way of leaning in corners, which is one of the key ways in which you get a sense of it working away down at road level.

And there is a playfulness about the Boxster at road speeds. You can fiddle with its balance, make it rotate exaggeratedly around you on turn-in just for fun, trim your line with the throttle and make the car slide elegantly away from an apex. Meanwhile, the Taycan is absolutely locked onto its line, steadfastly refusing to play your game.

There's even more to it than that, of course. In the petrol-powered car, acceleration and deceleration events are punctuated by gearshifts - better still, by manual gearshifts - and that gives you much more of an impression of speed increasing or being wiped away. The rising power delivery that you get from a high-revving combustion engine, particularly compared to an electric powertrain's instant-gratification way of serving up its goods, means that things get more thrilling the longer you keep your right foot in.

There is so much more for a keen driver to do in the Boxster than the Taycan. That's a given. It's also inevitable that with its roof down, the sports car makes you so much more aware of the speed you're travelling at than does the saloon. Therein lies one of the fundamental differences: in the Boxster you feel as though you're travelling faster than you really are; in the Taycan, you're actually going much quicker than you think.

And I haven't even mentioned their very different soundtracks yet. I suspect I don't need to. The Taycan Turbo is outrageously capable when hustled through a series of bends, but only when you drive it immediately after a sports car as exceptional as the 718 Boxster GTS do you realise how compromised it is by its weight, its size and its means of propulsion.

All of which leaves me wondering how on Earth you go about creating an all-electric sports car that's as involving to drive as the kind we've grown accustomed to over many decades. Funky things can be done with all-wheel torque vectoring and the like, but only to a point. The electric sports car concept remains a fiendishly tricky puzzle. I'm just glad it isn't me who will have to solve it.