Ditching internal combustion may be the best thing that ever happened to the Smart - could any other cars benefit?

What will the Goodwood Festival of Speed be like in 25 years' time? Just as noisy and thick with the smell of tyre smoke and exhaust fumes I'd hope. And populated by our generation, misty-eyed at displays of the machinery of our youth being given a run out. Much as our parents may enjoy visits to volunteer branch lines to relive the glory days of steam or gaze in wonder at Spitfires looping the loop at air shows. 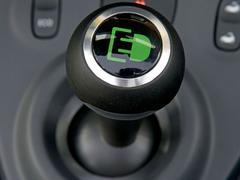 I'd expect there to be rather fewer internal combustion powered cars in the queues for the car parks though. A thought that struck me as I watched a Formula E car whistle past me at the Festival at the weekend. It was fast. But up against the mightiest examples of petrol-powered excess, an electric car was always going to suffer on the excitement stakes. An opinion perhaps not shared by the driver of the Rimac that very nearly 'did a Hammond' in front of the hospitality pavilions. But even that raised little more than a curious shrug from onlookers against the thunder of Jochen Mass power sliding a Mercedes W125 or the sound of the sky being ripped apart by an 8.4-litre McLaren M8F.

Will I be so nostalgic about the car I drive to the event though? Not sure. Accepted wisdom has it that electric cars are interesting. They can be fast - ludicrously so in the case of Tesla. But can they ever be better than their internal combustion equivalents? Does, for instance, the idea of an electric Porsche 911 fill you with hope? Or fear? 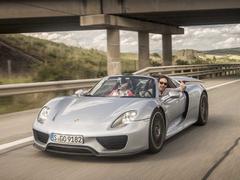 A collection of recent experiences have me unexpectedly leaning toward the former. First was driving the Porsche 918 Spyder on the

. Before driving it I'd been one of those saying "just imagine what it would be like without all the hybrid gubbins", to which the answer is of course "like a Carrera GT". But, thankfully, that car already exists. Having experienced it on electric power only I actually ended up pondering what it would be like the other way around - as in purely electric powered. OK, you'd miss that epic ka-BOOM! as the V8 fires up and signals your transition from tree-hugging EV to full-blown hypercar. But even with just 286hp of the total 887hp coming from pure electric

is quite amusing in EV mode.

Don't worry, I'm not advocating removing the V8 from your 918 quite yet. But I have driven a car dramatically improved by swapping out the petrol engine for electric power. And that's the Smart ForTwo I drove recently in cabriolet form as an add-on to the E-Class Cabriolet launch the other week. 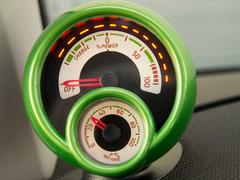 This to me makes absolute sense, Smart boasting it is the only manufacturer in the world offering electrically powered versions of all the products in its range. Given the weakest links in the Smart package thus far have been the laggy internal combustion engines and the slow-witted transmissions it'd seem to be a no-brainer to go for an electric ForTwo over a petrol one. The more so having driven one. What are you missing? Mainly that feeling of not much happening when you mash the throttle, the sudden spool-up into a power 'band' that lasts for about 500rpm and then another head-noddingly slow upshift, even with the more up-to-date dual-clutch transmission.

All gone. Instead, a perky, instantaneous response to the throttle thanks to 81hp and on-demand 118lb ft of torque. A smooth and punchy power delivery. And - joy - no gearchanges to worry about. Our man in the presentation for the car acknowledged the official 96-mile range is realistically around two-thirds of that for many owners. But for a Smart car that's OK. £16,420 for a coupe (including the OLEV grant) doesn't seem daft either. And with a bit of extra weight under the floor, it even went round corners without feeling like it was going to topple over. I'll admit it, the car was a hoot. And not once did I miss the internal combustion engine.

Which has me thinking. Which other cars stand to be improved by going electric?