The Ferrari 458 and Merc SLS share the same gearbox, so why do they behave so differently? Harris knows... 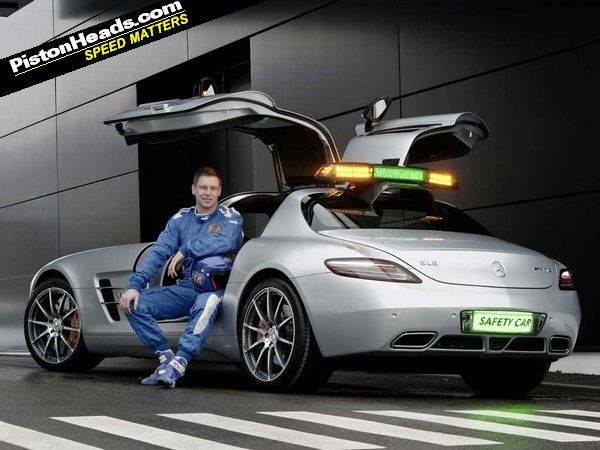 in 2000. You will probably know him best as the poor soul who tries to wrestle the F1 safety car around a circuit ahead of two-dozen single-seaters with rapidly reducing temperatures, pressures and levels of patience. I sat opposite him at dinner a few months back - but that is of no interest. 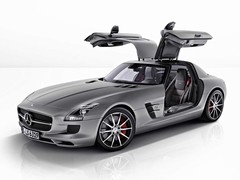 In the context of Monday's

, one area of conversation now seems particularly apposite - we were discussing the SLS. He was talking about the car, the way it handles, his technical input and driving the knackers off it. As someone who covered 10,000 glorious miles in an SLS last year, I was asking him about the gearbox. Because that really was the only downside to an otherwise spectacular machine, the point being why was it so slow to shift?

To recap, the SLS uses Getrag's Powershift DCT 7DCL750 transmission. That's a long way to say it has a dual-clutch 'box with seven forward gears capable of handling 750Nm of torque. I first drove it in a Ferrari California and it was one of the few things I liked about the car: smooth in automatic mode, barely perceptible in manual, but still retaining just the right slug of ker-thump to let the driver know something was happening. Best of all, you pulled either lever and the shift was instantaneous - you thought, it changed gear. 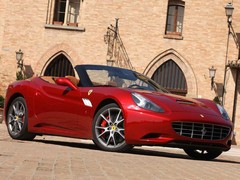 Six months later I was sitting in an SLS for the first time wondering what was going on. The same Powershift DCT 7DCL750 transmission had the most irritating delay on manual shifts. It felt almost reluctant to change gears, there was a much longer pause between pulling a paddle and the cogs changing. I phoned a car-testing mate. "Was it like this for you?" Yes, was the reply.

Even more surprisingly, the Getrag 7DCL750 is also used in the Ferrari 458, possibly the best deployment of dual-clutch technology ever seen in a sports-car, so intuitive and fast you wonder if the gearbox ECU is actually hard-wired into the driver's cranium.

Now I didn't quote gearbox designation codes at Herr Maylander (I didn't know them at the time) but I did ask him why effectively the same gearbox felt so different, and rather slow-witted in a Mercedes. He said it was simply a matter of calibration. AMG knew the capabilities of the transmission, but when it used the fastest response and shift-speeds, it couldn't pass the company's powertrain reliability tests, so it had to alter the calibration accordingly. 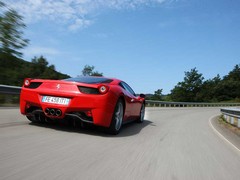 Gearbox failures not unknown on 458s

This piqued my interest, so I did a little digging on the web of truth and justice. Turns out the first Ferrari Californias did have some issues. And if you Google "Ferrari California gearbox failure / problems" or "Ferrari 458 gearbox failure / problems", you'll find of owners of both cars who have had issues and replacement gearboxes. It has to be said that almost all of them appear to have been treated very well by Ferrari.

Search for "Mercedes SLS gearbox failure / problems" and there isn't a single thread detailing such an incident.

Now this might just confirm that Ferrari owners are more active online than SLS owners, but if there were similar problems with AMG's version of the transmission, it's probably safe to say at least one owner would have made some serious noise about it. Maybe this blog will surface such an incident? 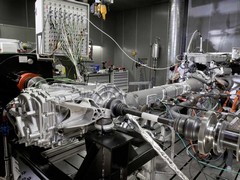 Mercedes has erred on caution with durability

What I find fascinating is the different approaches of two carmakers to the same mechanical hardware. Honestly, there were times when I was driving the SLS in manual mode, especially when I was

, that if someone had offered me a dose of Ferrari 458 shift behaviour with the outside chance of a whoopsie, I'd have leapt at the opportunity because even though I worked around the slow shifts, it was a glaring downside to an otherwise compelling dynamic package.

Of course I don't have Ferrari's view on this - nor do I have anything official from AMG. Viewed objectively, and taking into account owner profiles and brand expectations, it was impossible for Ferrari to deliver the 458 with the same gearbox calibration as the SLS. The media would have lynched it for being slow and rubbish. It had to give customers and journos the full-experience and deal with any downsides. In being both a Merc and GT car, the gullwing just about carried off its protective gearbox mapping, but it was a close call. 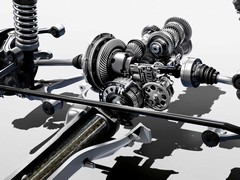 The hardware is the same - it's all in the tuning

Bernd had a few things to say about other applications of the Getrag dual-clutch, but it's probably not fair to quote them here. What he did say was that I would soon get the chance to drive an SLS with a much faster gearshift, and that it was a real improvement. That car is the SLS GT.

Personally, I can't wait. It's as necessary as the extra 20hp is unnecessary. And it will still be my favourite sub-£200k supercoupe.

Harris versus the SLS's gearbox on the Nordschleife