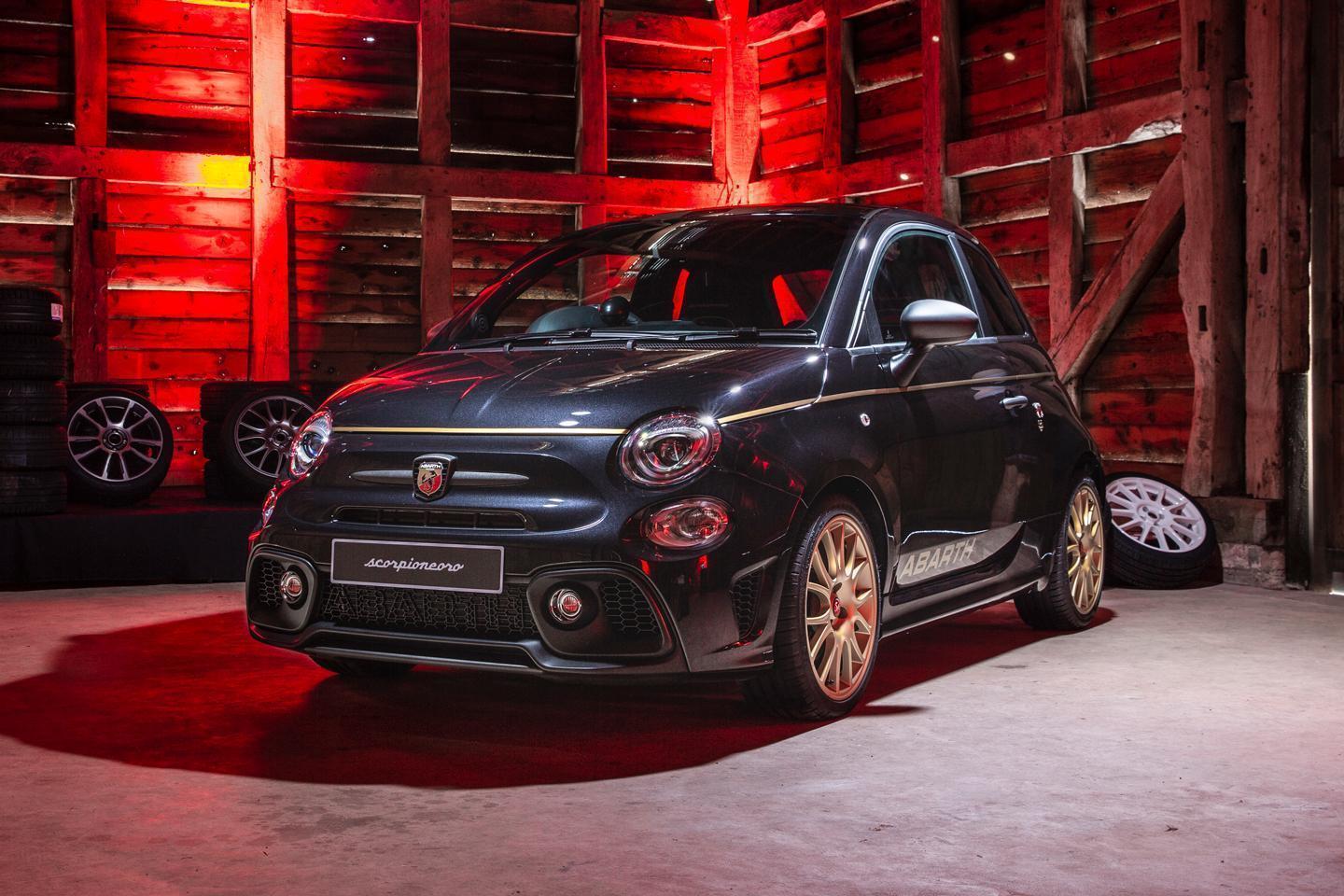 Thanks to its long history of competition in motorsport, it’s quite easy to forgive Abarth for pedalling its on-track heritage a bit. The marque was established in 1949 by racing driver Carlo Abarth, and it’s been associated with motorsport ever since. The brand's most recent uses of high-octane fuel include the 500 Trophy series and its 124 rally cars, and it’s more than happy to remind customers of its continuing association with the track. Stripes, numbers and white wheels have forever adorned its 21st century 500 range; with them, the present 595 line-up looks positively racey.

Abarth’s very latest motorsport-inspired offering, though, stretches the relationship to breaking point. The Yamaha Factory Racing 595 is unashamedly a branding exercise and nothing more, because the limited-edition variant is tied up with Abarth’s MotoGP partner, Yamaha, and the livery of Valentino Rossi’s retirement year racer, the YZR-M1. For £21,590, you get a 595 wearing the bike’s colour scheme and logos, and a few select options as standard. There’s no power boost or track-influenced upgrades; the rest is as standard.

This makes for a race-inspired package even more tenuous than the link used by Fiat to justify its Seicento Michael Schumacher edition. And yet I don’t doubt that Abarth will easily sell all 2,000 global slots for the Yamaha-branded car, because somehow, the 595 gets away with it. Where other brands might be accused of stretching credibility with another special edition, it seems we just can’t enough of Abarth’s race-derived decal kits and vibrant coloured wheels - even if the car underneath is one we’ve known for a long while.

It goes further. We’ve been quick to forgive the 595’s rule breaking in the exhaust department, where the optional Monza exhaust gives this 1.4-litre hot hatch four tips out back. The new Audi S3 has the same number from the same number of cylinders, and it’s faced plenty of backlash in the forums for the crime. But the little Abarth has seemingly been forgiven. It’s apparently too small and cute and Italian to hate. Fiat's marketing team cottoned onto this fact a decade ago and has been taking advantage ever since.

So when PH and a handful of other self-distanced journalists were invited to experience the new Yamaha edition – as well as Abarth’s other questionable addition to the range, the Targa Oro-inspired 595 Scorpioneoro – the ploy was obvious. These cars are not new models, they’re both variants of very similar spec 165hp 595s. I should have fallen asleep the moment their identical performance stats were read out, yet for reasons I shall explain in a second, I found myself being completely won over. I could absolutely see myself in a gold-wheeled Scorpioneoro.

Fittingly, Abarth had chosen to show its new 595s at Shelsey Walsh, the world’s oldest still-operating motorsport venue, to maintain the racing link. And after the presentation, we were sent up the 1,000-yard climb in a Competizione (predictably the Yamaha edition and Scorpioneoro were just there on static display) to add some clout to the event. It served to remind us that a 595, even in 180hp trim, doesn’t outwardly feel like a competition-ready car; you can’t fully turn off the ESP, for starters, with the TTC (Torque Transfer Control) mode only relinquishing a bit more freedom. But once you learn to work around the systems with smooth, wheel-straightening inputs, the car comes to you. It starts to snarl and cock wheels and let the driven wheels dig in. It’s just plain old tiny wheelbase fun.

That yours truly bagged the quickest time of the day (a 38.63, if you’re asking) had nothing to do with it, honest. It’s because the Abarth 595 is just so easy to like; it looks cool – few cars in this segment can pull off gold wheels and decals so well – sounds naughty and thanks to its dinky footprint, feels endlessly darty and reactive. And, to be honest, I still love the brand. It markets itself almost exclusively around fun; it’s hard not to get wrapped up in it all. That really does change how the product itself feels. Who cares if the 595’s seating position remains odd and the most sporting variants are brittle riding to say the least. It’s a tiramisu with roasted hazelnuts sprinklings to the Fiat 500 coffee gelato.

Suffice it to say, despite the car’s many pre-existing faults, I can totally understand why so many sports and supercar owners have 595s as their runabouts. These cars – rightfully or wrongly – carry with them the aura of a more exotic model. A Ford Fiesta ST is by far the greater technical achievement, but the 595 comes at you in a totally different way. No wonder so much of the never-easy-to-please PH community remains fond of Abarth.