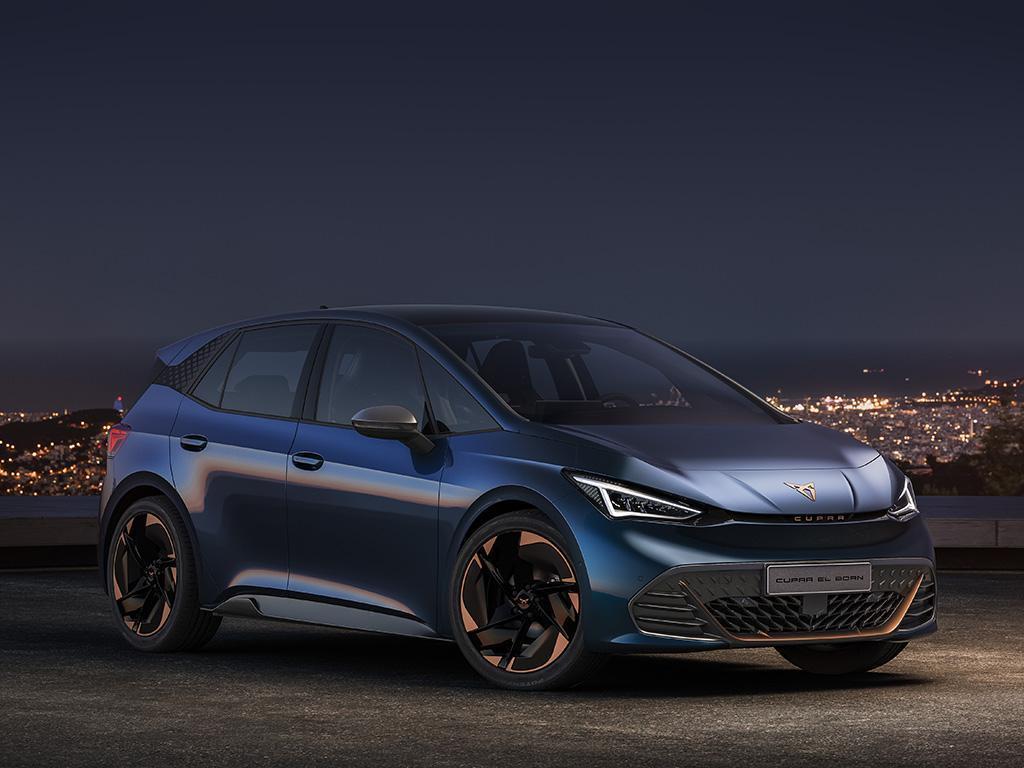 Cupra has burst from the electric car starting blocks with the most performance orientated take yet on the VW Group's BEV platform. The five-door hatchback is dubbed el-Born and uses a rear-mounted synchronous electric motor powered by a 77kWh battery pack. It's said to be capable of 310 miles between charges and a sprint time of 2.9 seconds – although that figure is for the 0-31mph dash, something Uber cabbies might appreciate but that is of little comparative use on PH.

Doubtless it's about highlighting the immediacy of the EV driveline to urbanites (PH recalls BMW doing the same thing with the i3 nearly a decade ago) who will be heavily targeted by the Cupra marketing machine. The el-Born can be recharged to offer 161 miles in 30 minutes, which leaves it behind the Volkswagen ID 3 for top-up quickness, but the setup is said to be tuned for a more Cupra-appropriate character. Much of which will no doubt include the noises it makes – or at least the noises we perceive it to make via the speakers.

Cupra has treated its EV to a largely grille-free nose, featuring what looks to be a refreshingly small amount of fake intake space (at least by 2020 standards). The overall look’s more angular and aggressive than VW’s comparatively cute-looking BEV hatch, while the interior is largely familiar, with more digital screens joined by Cupra-branded sports seats. Note the extra space for storage on what’s normally the transmission tunnel, with the drive selector shifted to the steering wheel.

Cupra CEO Wayne Griffiths said: “Cupra el-Born displays all the genes of the Cupra brand and we have taken the original concept to the next level creating a new sporty and dynamic design and reengineering the technological content. Cupra el-Born is the living proof that performance and electrification are a great match.”

At this stage, Cupra’s only provided us with four production-ready design pictures and the aforementioned stats, with the el-Born – which will be manufactured alongside the ID.3 at the VW Group’s Zwickau plant in Germany – set for a full reveal later this year. It’s scheduled to reach roads in 2021, by which time six Zwickau-made electric VW Group models will be on sale. If all goes to plan, VW expects 330,000 electric models per year to roll off the location’s production line, making it the group’s biggest facility…