It's been warm outside for a nanosecond. You'll be wanting a convertible 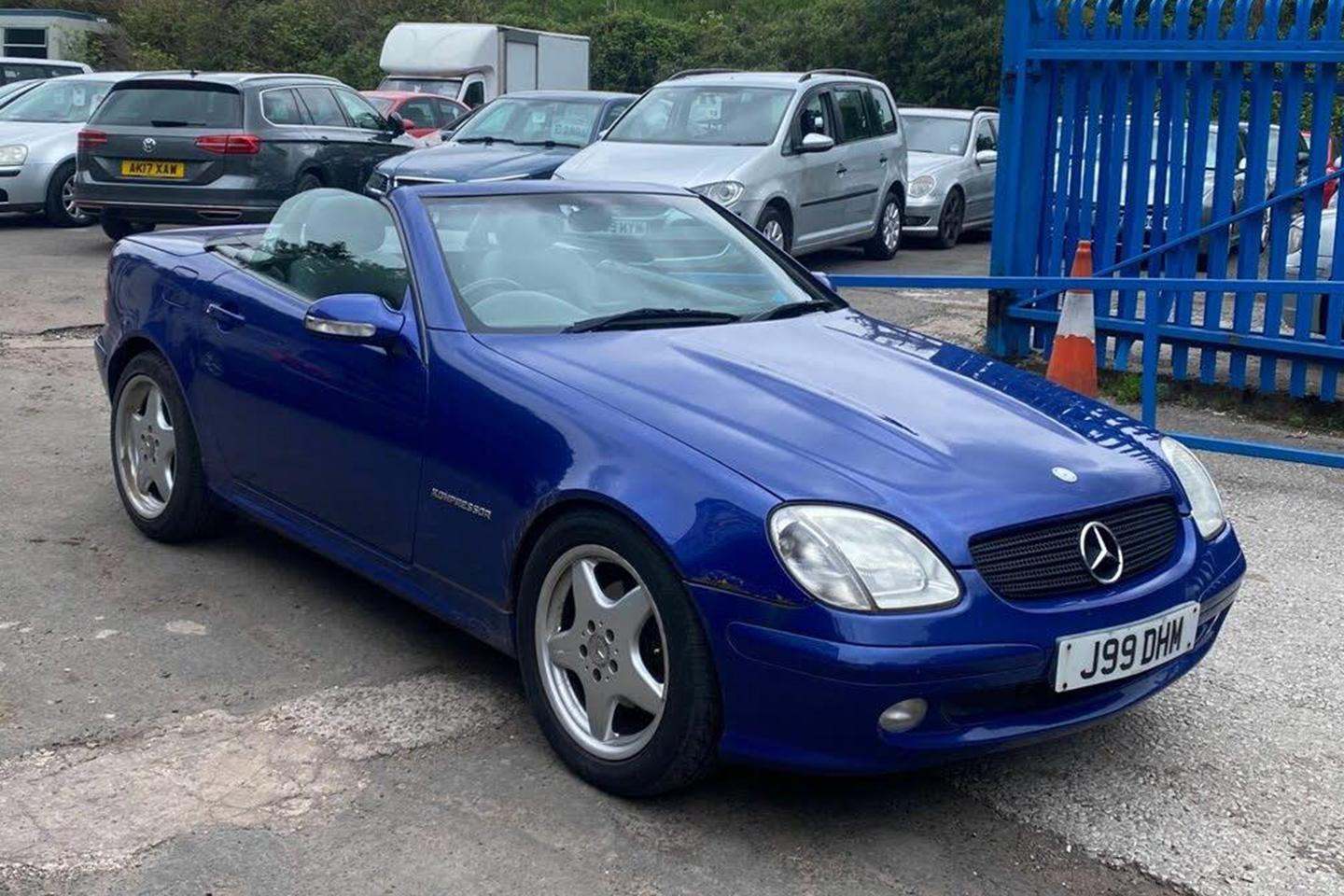 Shed likes to remain ignorant about much of what is happening in the world as he finds reality quite depressing, but he does know a little about climate change, or global warming as it used to be called. He actually experiences a kind of global warming in his own home. Mrs Shed can serve a useful cooling purpose by blocking out the sun on hot days but she more than compensates for that through the enormous amount of bodily heat she generates.

Now that summer - or a pretend version of it at least - has arrived, Shed has been casting around for an open-top car to reduce the reactor-like temperatures that can build up dangerously inside any saloon his wife might be occupying. This week's SLK Mercedes was strongly tickling his fancy until he saw something that put him off, so now he's going to offload it on you lot, or bring it to your kind attention as he asked us to phrase it.

Shed has been running Mercedes-Benzes as personal vehicles since Pontons ruled the roads but he refuses to touch anything more recent than the middle of the 1990s. Benz's well-documented difficulties in sourcing metal that wouldn't go brown at the sight of a raindrop didn't really start until the late 1990s, but Shed is a careful man who likes to have plenty of leeway, so he has decided that this SLK is too young for him.

Is he right to be so cautious though? It wasn't until last year, a quarter of a century after waiting lists of up to two years first formed for Bruno Sacco's chic (for Mercedes, anyway) R170 mini roadster, that the SLK/SLC finally took its leave of the Mercedes-Benz range. Between the SLK and the 2016-on SLC it's reckoned that well over 700,000 sales were racked up, the kind of hit rate that says a car is doing something right.

The DVLA no longer recognises the reg number of last year's 230, indicating that it has either had a posh number allocated to it or, perhaps more likely, been scrapped. It did have a rusty nearside wing last July and who knew what else may have lurked beneath. The good news is that this week's SLK doesn't have a rusty nearside wing. It has a rusty offside wing. Shed sorts out his personal rust issues with a Black & Decker sander, a handful of epoxy putty pellets and a rattle can, but the Mercs he buys or inherits from dying villagers are made of real metal and capable of putting up with metalworking techniques that are more industrial than artistic.

Still, if you fancied your chances on the rust the rest of this 200 Komp looks all right. Rear-wheel drive, multi-link rear suspension and a weight of 1,365kg should have made SLKs fun to drive but the 160hp of the 200 stretched that hope to breaking point. On the plus side they were surprisingly comfy and safe-feeling on long high-speed blasts.

Mercedes manual gearboxes were famously nasty but PH opinion is oddly divided on whether this car's six-speeder was terrible or tasty. Although there are no pictures of the folding steel roof, we assume it is working. The mileage is not high at 126,000 and the MOT was completed with no advisories in March. Previous tests have thrown up nothing to be concerned about either, but generically SLKs are known for electrical problems (the K40 engine management relay is notorious), blocked drains, flooded boots, leaking roofs, suspension component failures, and of course rust, not just on the wings and wheel arches but also around the boot lid lock.

Nice proportions though, a nice colour, a nice whine, and a nice sound from the exhaust. The polar opposite of Mrs Shed in every way, you might say. If that isn't an incentive to buy then Shed doesn't know what is.