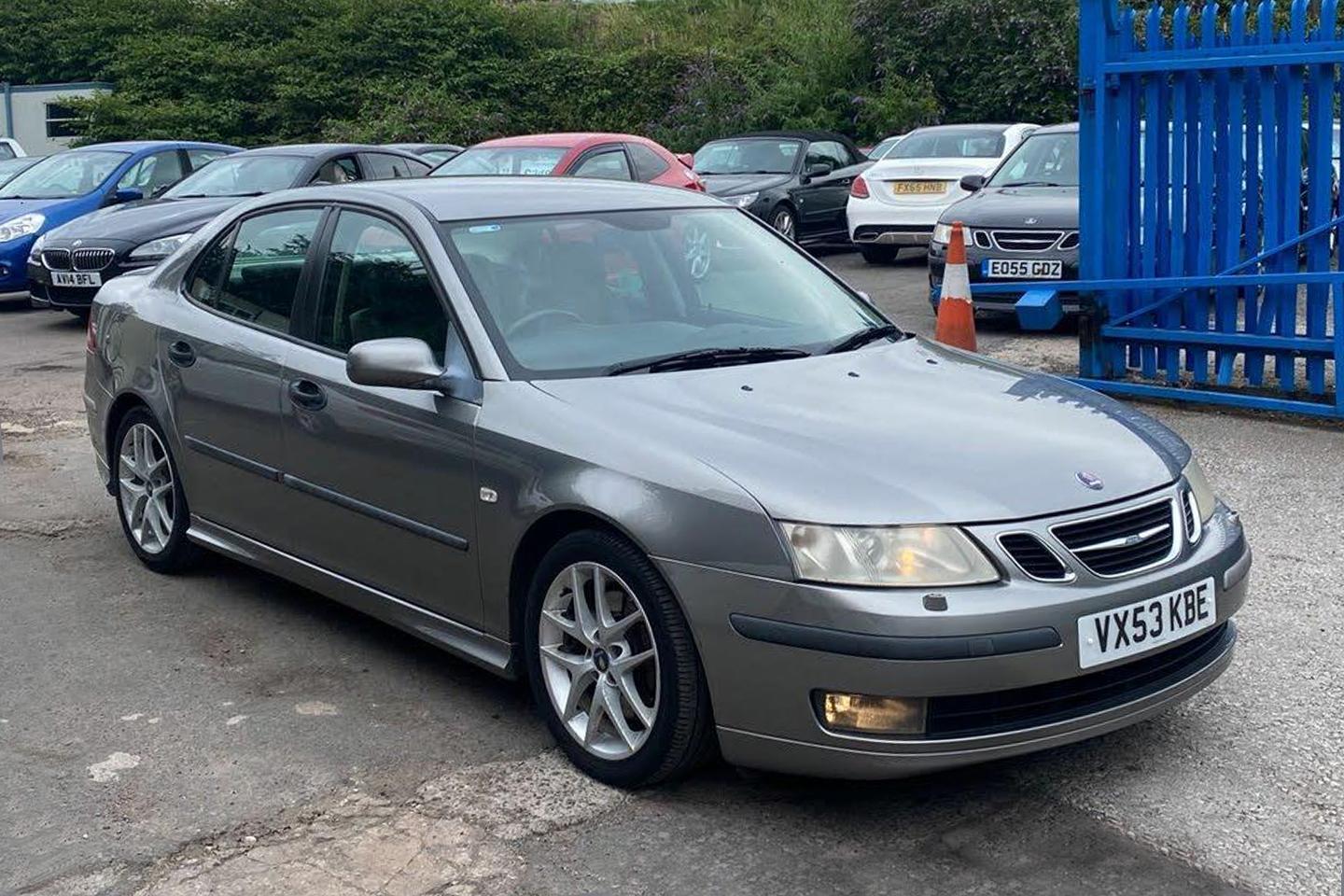 Two questions this week. Number one: could you own the same car for 190,000 miles? The owner of this week's shed did. Shed isn't sure he could manage that. He swaps his cars on a regular basis to distract him from the feeling of being contractually bound to Mrs Shed until death, a premature version of which he is keen to avoid while her father is still alive and in possession of a valid shotgun licence.

The second question is, what is it about Swedish cars in general and Saabs in particular that depresses their secondhand values so? You know, relative to what you get? In the case of a 9-3 Aero you get 210hp at 6,000rpm, lungeing midrange thrust (221lb ft at a very useable 2,500rpm), and the possibility through even a light remap to move 0-62 times from the sevens to the low sixes or even high fives as long as you have a dry road surface, Lord-Of-The-Dance pedal skills and a forgiving attitude to tramlining. You also get a leathered-up five-seat saloon with a 450-litre boot big enough to take up to four sets of golf clubs to the tip in one go.

So, why are they so cheap? Well, you don't need to be an uninformed hater to know that big-power Saabs do have the potential to generate big-number bills when another error message lights up on the dash. One 'check engine' light this particular Saab was known for was to do with the SAI (Secondary Air Injection) pump. It really was a particular Saab too. SAI - which in essence was a small electric pump that sucked in cold air and blew it into the exhaust manifolds - was only fitted to 03-reg Aeros. It was discontinued on 53-plate and later cars, so in theory it shouldn't be present on this shed.

Why was it discontinued so quickly? Because although the idea of cutting cat warmup time (and hence emissions) on cold starts was good, the reality wasn't. A one-way valve in the system clogged up, EGR valve styley, allowing exhaust gas to get back into the pump, which then seized up. A shame really because the solution was simple disconnection and/or blanking off, plus an easy software recalibration.

Things like that underlined the fact that Saab didn't have huge resources for designing and then testing componentry, some of which can be ripped through at a rate of knots. Suspension on these Aeros certainly sat under the 'consumables' heading alongside tyres and brakes. The spring/damper/ARB rates weren't brilliantly thought through, resulting in emotionless handling, a clumpy sort of ride and cabin rattles that couldn't be overcome by the low-rent standard stereo that was a world away from the best Volvo units. A 300-watt 13-speaker system was available as an option. Some of the materials used on the doors and handbrake evoked warm childhood memories of the more expensive variety of plastic beach cricket sets.

Thing is though that for every 9-3 Aero owner with a horror story you'll probably find at least one more who has nothing but good things to say about their ownership experience. For every bod who hates the 9-3's comfort and handling you'll find another who loves both. The oil sludging that blighted previous-gen 9-3s shouldn't be an issue on one of these Vectra C-based 9-3s. Feed it good petrol and you should be able to hit mpg figures in the high thirties. Alternators go. That's true for any car, of course, but don't expect an easy ride from ECU-driven items or any other electrics if a 9-3 battery isn't in decent shape.

Our Aero is a manual, which is a point in its favour from a reliability point of view at least as long as the clutch is in good order. The cams are chain-driven and should last the life of the engine, tensioners permitting. There's a bit of scuffing to the driver's seat bolster, but that's surely fair enough after 18 years and this sort of mileage (which works out at just over 10k a year). MOT histories for mollicoddled one-owner cars are sometimes picture-perfect, reflecting an OCD approach to motoring that can make the next owner's eyes light up, but that's not the case here. At various points in its life this car's suspension faults have been allowed to reach critical mass before being put right. Tyres have been run down to the cords. Just an everyday story of cost-conscious private car ownership, in other words.

The current MOT was done within the last couple of weeks and showed nothing more than a light misting of oil on the offside front damper, some non-excessive rear brake binding (almost certainly a caliper, another known issue) and our old friend 'product' on the headlamp lenses.

There it is then, another Saab for PHers to love and/or hate. More than one Aero owner has been left wishing they'd bought the chocolate bar instead of the Saab, but the temptation of 200+ horsepower and a full MOT for under £1,200 is always going to be hard to resist. Not counting a V6 turbo estate, which is an entirely different bucket of smoked herrings, the last one of these 9-3 Aeros that Shed found three and a bit years ago was quietly sold even as folk were arguing about how awful/brilliant it was. Just saying.