An unlikely collision of pipe'n'slippers Rover and V6-powered BTCC hooliganism ... for £750 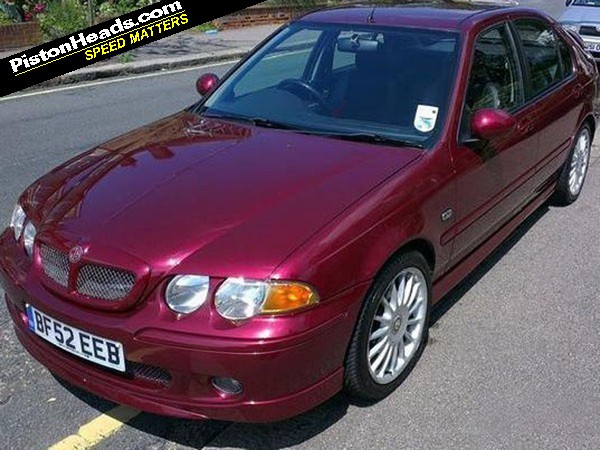 Six miles south of Banbury lies a small Cotswold village called Clifton. Despite its very modest population of 250 residents, it's home to no fewer than three MG ZS 180s. Per capita, Clifton surely boasts more of these V6 curios than any other British town or village. Either Clifton rests upon a ley line that originates in the skunk works at Longbridge, or - more likely - the ZS 180 simply worms itself into a person's affections given enough exposure and the unwavering acclaim of an owner. Like influenza, enthusiasm for the ZS 180 spreads through intimate contact. 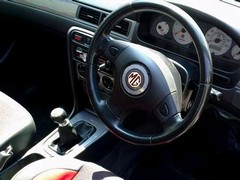 This most intriguing of modern MGs traces it roots back to 1995 when Rover launched the 400, a car with as little apparent athletic potential as the septuagenarians who would inevitably covet it. The 400 (which later became the 45) was co-developed with Honda, however, and it boasted double-wishbone front and independent rear suspension.

One can imagine a rogue engineer offering up the 2.5-litre KV6 to a 45's engine bay after-hours, barely suppressing his squeal of excitement when he realised that it would fit. Although the KV6 had until that point served duty in automatic Rover 800s, its potential was plain to see. 180hp at 6,500rpm and 177lb ft at 4,000rpm. Combining the KV6 with an overhauled 45 chassis might just produce something interesting... 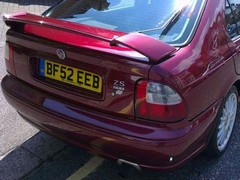 The quaint and the furious

The metamorphosis from retrospectively-styled 45 to racy ZS is as comprehensive as any that amphibious nature has to offer. The placenta red of the car in this advertisement doesn't show the ZS off in its most thrusting light, but in bright blue or yellow it was a world away from the Rover 45. Against a sea of four-cylinder rivals, the ZS 180 also offered something nothing else in the class could; a genuinely captivating engine. That was enough to win over many admirers, although just as many were put off by the dated cabin.

The ZS was facelifted in 2004 with a more modern aesthetic, but some may prefer the pleasing incongruity between Jaguar-pastiche styling and boy racer wings and wheels - one that can only come about organically and without cynical forward planning - of the original ZS.

This car looks really rather clean for its bargainous price of £750 and with only 74,000 miles beneath it there's plenty more driving pleasure to come; one of the three Clifton examples has covered precisely twice the distance. 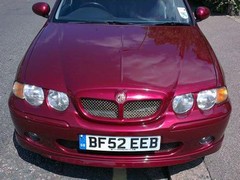 MG knew that the ZS would need a motorsport programme to help buck the Rover image. In partnership with West Surrey Racing, MG embarked upon a British Touring Car Championship programme with drivers Anthony Reid and Warren Hughes. Reid registered MG's first BTCC win on just its third outing (albeit because of a brave tyre choice, as depicted in the

MG would rack up many race wins over the following few seasons, but it was the striking grey and bright green livery that most appealed to a misguidedly patriotic teenager rather than any meaningful sporting success.

The MG ZS 180 is a spectacularly unlikely device given its origins. Who would have believed that with an interesting engine, an agile chassis and a mean-looking racing version the Rover 400 could become a budget performance icon?

Advert is reproduced below.

2002 52-plate MG ZS MGZS 180 2.5 V6
This is my 2002 52-reg MG ZS 180. This is the 2.5 quad cam V6 version - the quick one! 0-60 in 7.3 seconds.
Car has 74k miles on it with part service history (which indicates that the cambelt is next due for change at 90k) and has just had a major service this month with a new MOT (no advisories).
The half-leather interior of the car is spot on, as per the pics. The exterior is very good also. No rust, no dull paint, generally the car cleans up very well.
New exhaust system fitted in last 2,000 miles.
Car comes with 2 sets of keys, owners handbook, Haynes manual, part service history and some MOT's etc. It has no known faults, and I welcome any inspections or test drives. I've also had the aircon re-gassed recently so it blows ice cold. Car is standard except for aftermarket air filter / cold air intake but comes with original airbox if you prefer.
Car is in Sandridge, near St Albans (AL4 9UZ).
Any questions please ask. Open to reasonable offers.