Ah, life on the open road. No stress, no responsibilities and only the horizon to chase. What could be better?

And at Christmas, when the relatives are likely to be grating on your nerves before Aunt Mildred is halfway down the first sherry, the prospect of escape must be more tempting than ever.

The trouble is, when it comes to Shed money your options for going a-wandering are pretty limited. Basically, you'll have to make do with a tent slung in the back of your car or - if you can bear the on-road humiliation - maybe a tatty caravan is within your reach. 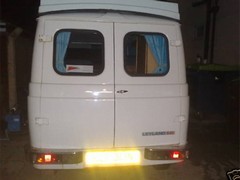 But what if we told you that there was a classic piece of British engineering within your grasp - with the engine and gearbox from an MGB, no less - that would take you as far away from the rellies as you could want?

Well, you'd probably think we'd gone mad in some way for a start, but believe it or not Shed has managed to unearth this little gem - and it could be yours for the princely sum of £500.

For your monkey you actually get an astonishing amount of stuff. The vendor seems to be prepared to chuck in £110-worth of road tax, the Sherpa is MOT'd until May 2010 and even comes with every MOT since 1978 and, from the sound of it, a bucketload of receipts and bills. Even the original handbook is still present. 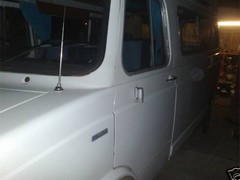 You won't be short of creature comforts either. This pop-top conversion was done by the respected Auto Sleeper brand, and includes two bunk beds in the roofline, while the front seats collapse to help form two more single beds with the rear seats.

There's also provision for gas, a grille and twin ring-burner, a 16-litre domestic water tank, a decent-sized fridge and, from the looks of the pictures, cupboards stolen directly from a 1970s suburban kitchen.

If this sounds too good to be true then, well, it probably is. The seller admits that both kingpins need replacing, meaning the steering is granite-heavy, and the van apparently has a tendency to wander around the road. All of which sounds rather alarming. There's also the almost inevitable matter of some rot, particularly along the sills. 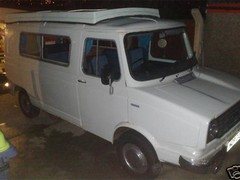 Still, it's a road-legal camper with tax and ticket for half a grand. Oh, and one more thing - back in the 1980s the Flying Squad used to fit 150bhp Rover V8s to Sherpas. Now, there's a bit of Christmas cheer for you...

Have had several offers on the van by phone..if it goes this weekend then the van and tax would be £600....NOW £500 !! (inc road tax) with no further reduction otherwise I can surrender the tax and break the van for the same money. 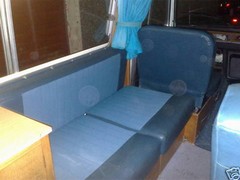 The van has to go due to total lack of space asap.

This is a Auto-Sleeper conversion with pop-top roof and rigid sides.
The van has comprehensive history dating back to 1978 with all MOT's from 78 to warrantthe mileage.
It has had a full refurbishment of front and rear brakes (cost £1180.78)
fairly recent tyres
Servicing for engine (cost £500+)
Respray and welding (cost £2300)
Loads of other bills and receipts including original handbook, manufacturers price list, other handbooks for fridge etc. 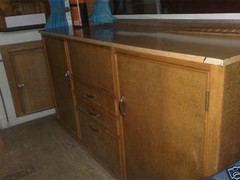 The van is fully kitted out inside with fridge, grill and 2 ring burner, full range of cupboards, twin 12volt strip lights working off the leisure battery. Twin seating area with central table. Underneath the seats on the passenger side there are two gas bottle areas sunk into the floor. On the other side there is a 16 gallon fresh water tank slung under the floor which is pumped through the tap via a 12 volt pump. Full curtains all around. The seating will convert into 2 forward facing seats if rqd. Pop top takes approx 30 seconds to put up and is vinyl covered on the roof with windows in the side walls. All windows in the rear of the van slide to give loads of ventilation. The front seats move forward then collapse to form 2 single beds in conjunction with the rear seats. 2 bunk beds are housed in the roof line. Apart from some tears to the front seats the interior is superb. 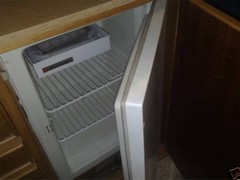 I bought this van 3 weeks ago from an eBayer in Hailsham. After many questions about steering, body etc we went ahead and won the van for £770 +£150 for the tax (10 months)

After a quick show around with the van in the pitch darkness,he left to go home and i was left with the van.

The first thing i noticed was the steering which was not heavy as described...more semi seized !! The fuel and temp gauge dint work.The exhaust blew the centre box 8 miles away from his home (even though he knew it was blowing the week before) but then i couldnt get through to him on his mobile !! High beam didnt work and the gearstick would come out if you didnt keep your hand on it during changes. 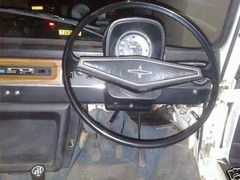 I eventually drove the van back to Plymouth. I explained to the seller that i wanted a van that I could use through out next year with little or no problems which he told me would be no problem...lying bas&%£d Here are the problems...

King pins need replacing on both sides..hence the really heavy steering and wandering on the road

Exhaust..THIS HAS NOW BEEN FIXED

Gear stick...THIS HAS NOW BEEN FIXED

Some of the bodywork will need redoing mainly along the sill line and front arches. some bubbling above front windscreen

Door hinge is badly adjusted and has slightly creased the bottom of the door.

Thats it then.The steering does need looking at so I would advise to bring breakdown cover if you are travelling any distance.

On the other plus point...gearbox is sweet (occasional graunch in 2nd as per all 70's leylands) 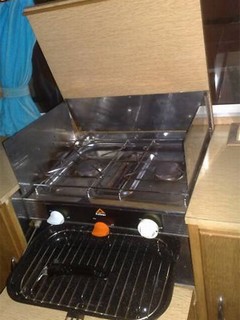 Engine is really sweet with loads of power and no cambelt to worry about...plus all the parts are available as they used the same engine in MGB's (same as the gearbox)

I have justy sold an old 70s beetle and caravan and wanted some time away with the wife and dog for the coming year...so im letting the Sherpa go again. Not for any other reason but that I want quality time and not to be on my back working (in some countries i believe they pay you for that !!)

I have already bought a VW T25 camper (its on the driveway now and annoying my landlord !) so the sherpa has to go. It is advertised locally and will not come with tax unless you pay £110. The steering is very very heavy BUT will drive ok. All mot'd till next May.
If you have any questions etc then please ask me...i am a truthful eBayer (check my feedback, also the feedback left for the seller of the van)

I paid £920 inc tax and would like to get back a reasonable amount for the van plus cost of tax.