Naturally aspirated, straight-six saloons are long dead in the showroom - but in the wild... 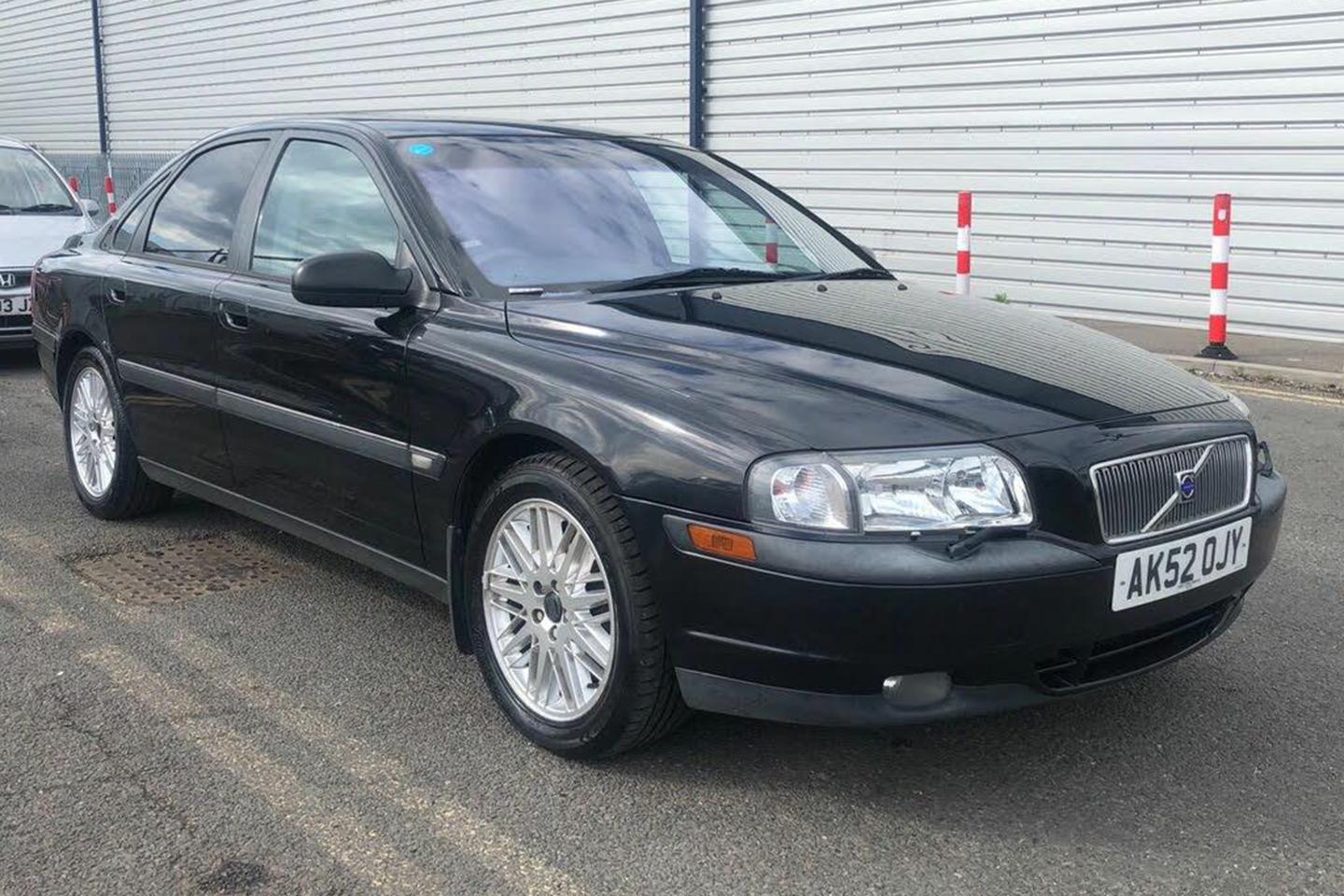 What's your feeling on privacy glass in cars? As far as Shed is concerned, anything that prevents onlookers from seeing him in the same car as Mrs Shed has to be a good thing. The main problem for Shed is that factory-black glass is almost always on the rear windows only. Mrs Shed will have nothing to do with sitting in the back despite Shed assuring her that she will look posh back there, and Shed will have nothing to do with the idea of sticking sheets of aftermarket blackout film all round because his arthritic digits would make a right Horlicks of applying it and he can hardly see through the filth on his windows as it is.

Today's shed, a Volvo S80, has darkened glass at the back. Shed isn't sure if that was ever a works option, but he does know that the S80 made its debut in 1998. That made it one of the last 'proper' Volvos before Ford's takeover in 1999. The first generation S80 went on until 2006 when, to no-one's real surprise, it was replaced by the second generation model.

S80s don't appear in SOTW very often. The last and in fact only other one we've had here was a D5 diesel back in 2017. They are fabulously comfy things to loll about in, especially in colder climes thanks to their quickly-warming cabins and ultra-plush heated seats. Although they had independent/multilink suspension S80s were about as racey as Peroduas, but the comfort and the superb stereos would take your mind off the fact that they were set up for boulevards rather than back roads.

Shame really because there's something quite interesting to talk about in regards to this particular S80: its engine. Not so much because it's a big naturally aspirated straight six, although these are interesting by virtue of being practically extinct these days, but more that it's mounted transversely to accommodate the S80's front-wheel driveyness. Shed isn't much of a historian and fully expects to have his ignorance mocked and then corrected, but he wonders if this Volvo 2.9-litre lump might have been the biggest transverse engine in modern European motoring.

Oddly for something of this capacity, the 2.9's 200hp and 207lb ft peaks didn't arrive until 6,000rpm and 4,300rpm respectively. It's hard to imagine the sort of owners who would put their hands up for a 2.9 S80 getting anywhere close to these revs on anything other than an accidental basis, which might explain why this iteration has become known as a potential mega-miler. That and the fact that it's inherently strong. A slightly destroked 2.8 version of this engine developed nearly 270hp in the twin-turbo T6, but you'll be lucky to find one of them for shed money. The non-turbo 2.9 had its own appeal. Unlike the T6, it wasn't lumbered by the occasionally dicey 'intelligent' Geartronic version of Volvo's automatic box. Our shed has only just broached the 100,000 mile mark so it should have plenty more life left in it.

One obvious potential issue with any big engine is going to be how its weight impacts on the suspension. The first S80's P2 chassis was given to bush degradation in the front control arms almost irrespective of the engine sitting between them. That made the handling even squidgier than it was designed to be and could cause unusual tyre wear. The good news about our shed is that it failed its last MOT in November '20 on worn front suspension bushes, along with wear to one ball joint. The car has only done a thousand or so miles since the remedial work for all that was done, so the next owner won't need to worry about that for a good while.

Related to which, clunking over bumps could be down to top spring seat failure. Engine mounts were often less than brilliant on Volvos too, so if there's undue shunting going on that could be the reason. Thermostat sensors might fail, resulting in the main engine fan running on for longer than it should, and PCV systems gunked up which could lead to oil leaks. Talking of leaks, you'll probably want to know the likely rate at which petrol will pass through a 2.9 litre old-school automatic weighing somewhere in the region of 1.7 tonnes. The answer, on the official combined cycle at least, was 28mpg. If you were prepared to put up with petrol consumption nearer to or worse than the official 19mpg urban figure, you could flay it through the 0-62 in the high eights and (with appropriate patience) on to a 140mph top end.

Pity about the fuel really, because what with the relaxed performance and the blacked-out rear end this S80 could have been good for some sort of express executive taxi business. The seat and radio would have helped you through the long waits between fares.