The XC90 was a tank-like solution to family motoring 20 years ago. Respectable Shed, now 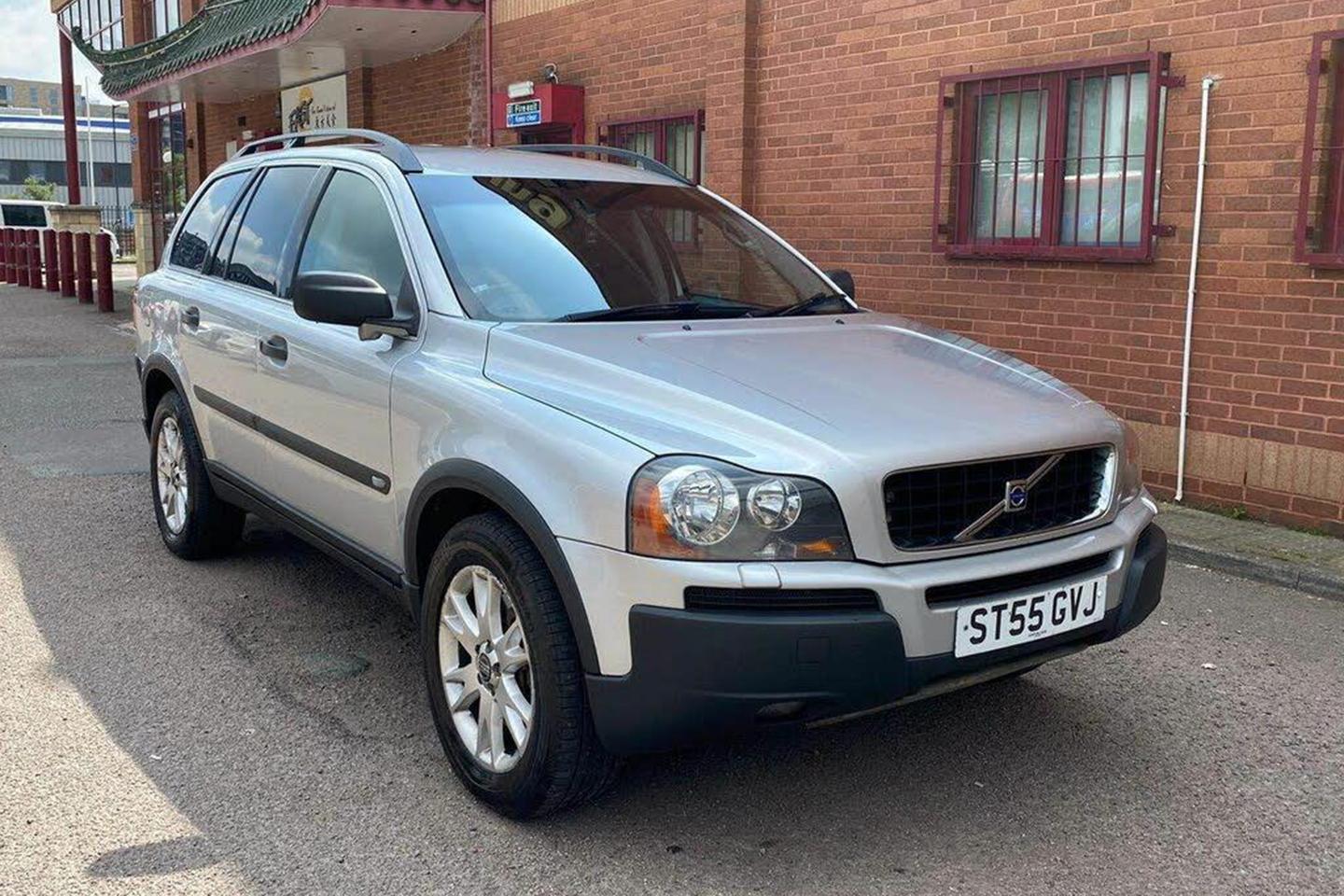 Tough decision this week between two very similar cars, the XC90 that Shed eventually picked and a Smart Cabriolet. Sub-£1,500 XC90s aren't common. We've only had one other on here, back in September 2019. Like this week's XC, that one was a 2004 2.4 D5 five-cylinder turbodiesel. Unlike this week's XC, that 2019 shed ran out of MOT last October, and that was with a six-month Covid extension too, so it looks like it's been permanently parked up somewhere and forgotten about.

Although you'd never guess it by looking at it, today's XC has a few miles on it. Over 201,000 of them in fact when the last MOT was done in March, at which point the tester noted thinning rear brake pads but nothing else really other than the underbody corrosion that has been put down on the report for every year since 2016. It's had plenty of suspension corrosion and play issues prior to that, and a lot more stuff besides, but previous owners seem to have gone to a lot of trouble and expense keeping it all up together. Inside and out it appears to be in remarkably good nick for the mileage. The seats have reached that pillowy Cinderella state between too new and flat and too old and worn. The dash is practically unmarked.

Shed remembers driving a test XC90 for the first time back when they were new in 2002. He had a load of Lunchtime O'Booze types in the car at the time. They wer making the interior look and smell bad and demanding to be taken to the Tide End Cottage in Teddington for their daily noon to 3pm session. The pub was less than half a mile from the office but walking was out of the question.

In an attempt at humour Shed thought he would try to get one or more of them out of the second row of seats and into the third by the time-honoured method of an unannounced application of maximum throttle in first gear. This always generated plenty of laughs, from him anyway. The plan backfired however because when the hammer was dropped very little seemed to happen. Shed thought he had jammed his size ten onto the brake pedal by mistake.

After what seemed like an age the Volvo eventually completed the half-mile trip down to the pub, taking even longer to get back from it, groaning all the while like a dyspeptic hippo under the weight of five lard-bellied journos. To find out why it was so slow, Shed consulted the press release, normally the last refuge of a scoundrel but necessary in this case. He discovered to his horror that the XC90 weighed more than 2.1 tonnes. That's a commonplace figure now of course when you're talking about anything much larger than a Golf, but it was a staggering amount back then for anything non-military. Even though it didn't have a proper mechanical all-wheel drive system, once you paired that weight up with 163hp and Volvo's syrup-filled 5-speed Geartronic auto transmission you had the perfect cure for motoring insomnia.

Still, if you weren't bothered about overtaking cyclists or horses there was some merit in all that bulk. Many buyers in those days made a direct correlation between weight and safety, and in fairness it wasn't a bad shout where the XC was concerned. By 2018 not a single XC90 occupant had perished in car-to-car accidents in the UK. Urban parents with essential 300-yard school runs to do were practically queuing up outside Volvo dealerships to slap their cash down. The third row of seats was perfectly useable but the sat nav wasn't easy to use, which could be a problem on those long school runs.

Today, the 2.4 D5 five-cylinder diesel engine has a decent rep for reliability. This is an Oct 2005 car, which should make it a phase two 185hp rather than a 163hp, but the downside of the 185hp cars was that they had the potentially troublesome particulate filter and swirl flaps. Injectors and alternators could fail, too. Belts and pumps were on a 60,000 mile/4 year change schedule. The old D5 would do 40mpg all day in something like an S60 but it will be nearer to 30mpg in this 185hp lump.

Check the functionality of the Haldex unit by getting someone stupid to crawl under the car with instructions to manually turn the propshaft. If they manage to do it, the Haldex is bust and that's an MOT fail these days. Warning lights for electronic problems are common. Anti-skid systems failed but weren't always expensive to put right: sometimes a £2 reluctor ring or a bit of tape around the sensor wire would do it.

Probably the riskiest area in any purchase of an XC90 was the Geartronic transmission. This had a clever sounding modular oil cooler system whereby you were meant to add extra modules for towing and the like. Unsurprisingly however few owners could be bothered to pay for extra oily bits so the assumption is that many if not most XC90s will have been run under duress, transmission wise. At £1,449, are you brave enough to take a chance? If you are, skol!