The BMW 435i leaves the PH fleet - did anyone even notice it go? 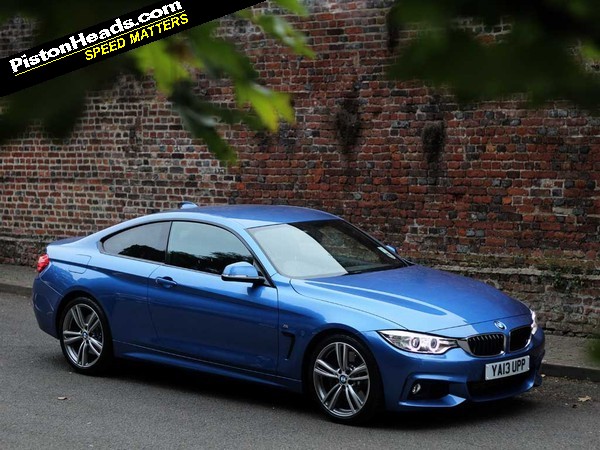 "Hello? It's reception, we've got someone here from BMW to pick the 4 Series..." Normally when the man in high vis comes to pick up your long-termer it's an emotional moment. You've kid yourself that you actually owned the thing, you like to think you've bonded and then - whoosh - the keys are whipped from your hand and you're left with a carrier bag full of sweet wrappers, 47p in loose change and hopefully fond memories. 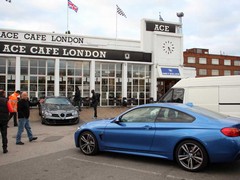 Was I sorry to see the 4 Series go? Yes and no. Unfortunately for the BMW its

is all the 435i wasn't, which is to say heart on sleeve exciting, outdated, endearingly unhinged and possessed of a sodding great V8 engine.

Something of a contrast then. When I got the 4 Series it really was the newest latest and for the first couple of months had that genuine head-turning cachet of being the first of its type many folk had seen. Even six months on it still had a freshness about it an aging, run-out AMG C-Class can't hope to match, most clearly shown up by the BMW's much slicker infotainment system. The Merc isn't exactly backward in this regard but if there's one thing I've learned over months with the 4 Series and M135i we had before it's how slick and intuitive BMW's iDrive has become.

But hang on, this is PistonHeads. Gadgets and switchgear shouldn't be coming before driving impressions! Sadly though that was the reality for the 4 Series. By the time 8,000 miles was showing on its odometer it felt a lot looser and keener to engage than it had done at the start of the loan period but the turbocharged six never felt as zingy or smooth as older BMW engines of its type. It pulled hard enough but sounded gruff just as it should have been starting to sing, rarely encouraging exploration of its top end and all too ready to settle back down to a cruise. Not a car you'd get up early for or take the scenic route home in, numb steering, a lack of body control (under damped in comfort, uninspiring in Sport) and a notchy manual shift all conspiring to extract much of the 'joy' BMW has sold us on of late. 30ish commuting mpg (admittedly mostly with the roof bars in place) wasn't anything to write home about in this day and age either, especially given that up to date turbo engine. 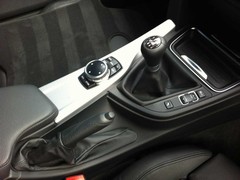 On paper the PH choice; perhaps not so though

I do need to have a go with an auto at some point though, the suspicion being that this works much better as a complete package. If there are any owners out there willing to support this theory get involved in the discussion thread below - certainly all the

435is in the PH classifieds

are autos whereas a small but significant number of

Looking at those used prices a car not unlike 'ours' but with just 100 miles on the clock (and an auto) is up for just shy of £44K at Stratstone BMW in Harrogate, which is a healthy saving over the £48K with options OTR of our manual long-termer. There's another with just 10 miles showing for less than £40K at Sytner Oldbury too, 435is usefully cheaper at this nearly-new marker than equivalent Audi S5s. Sure, you can get one for a similar price but it'll have several thousand miles on the clock. If turning heads is your goal something like this striking Nogaro Blue S5 is going to do a much better job than the slick but rather anonymous BMW and that's an interesting role reversal over years gone by. Should I throw in the equivalent Mercedes coupe at this price/age/miles bracket? Oh look, it just happens to be a C63... What a coincidence. 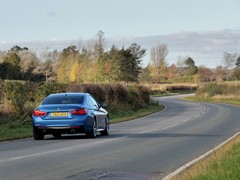 Never quite engaged here the way it should

I have to confess, when the 435i arrived I honestly thought I'd bagged myself a junior M4 nine months before the real thing but the reality turned out to be a little more reserved than I hoped. It certainly looked the part - the better once I took the roof bars off in readiness for its return to BMW - and other than that slightly beaky nose remains by far the best looking car in its class. And as a place to be it remained top notch - it was a lovely place to spend time and I think BMW really is at the top of the class for interiors at the moment.

It's an interesting warm-up for the M4, which I'll be driving very soon too. On paper the step-up is much more significant than I'd anticipated, even if the fundamentals of a blown six, rear drive and optional manual transmission are carried through. One suspects the M will be a whole new thing though; meanwhile I end my six months with the 435i respectful if not blown away, my exposure to the brand as a whole perhaps a more lingering memory than the car itself.

Previous reports:
The 435i joins the PH Fleet
4 Series whets our appetite for the M version
Ultimate driving machine or disappointingly aloof? Time to find out
Rack or ruin for the 435i
Connecting with Connected Drive in the 435i
435i loosens up and gets into the groove