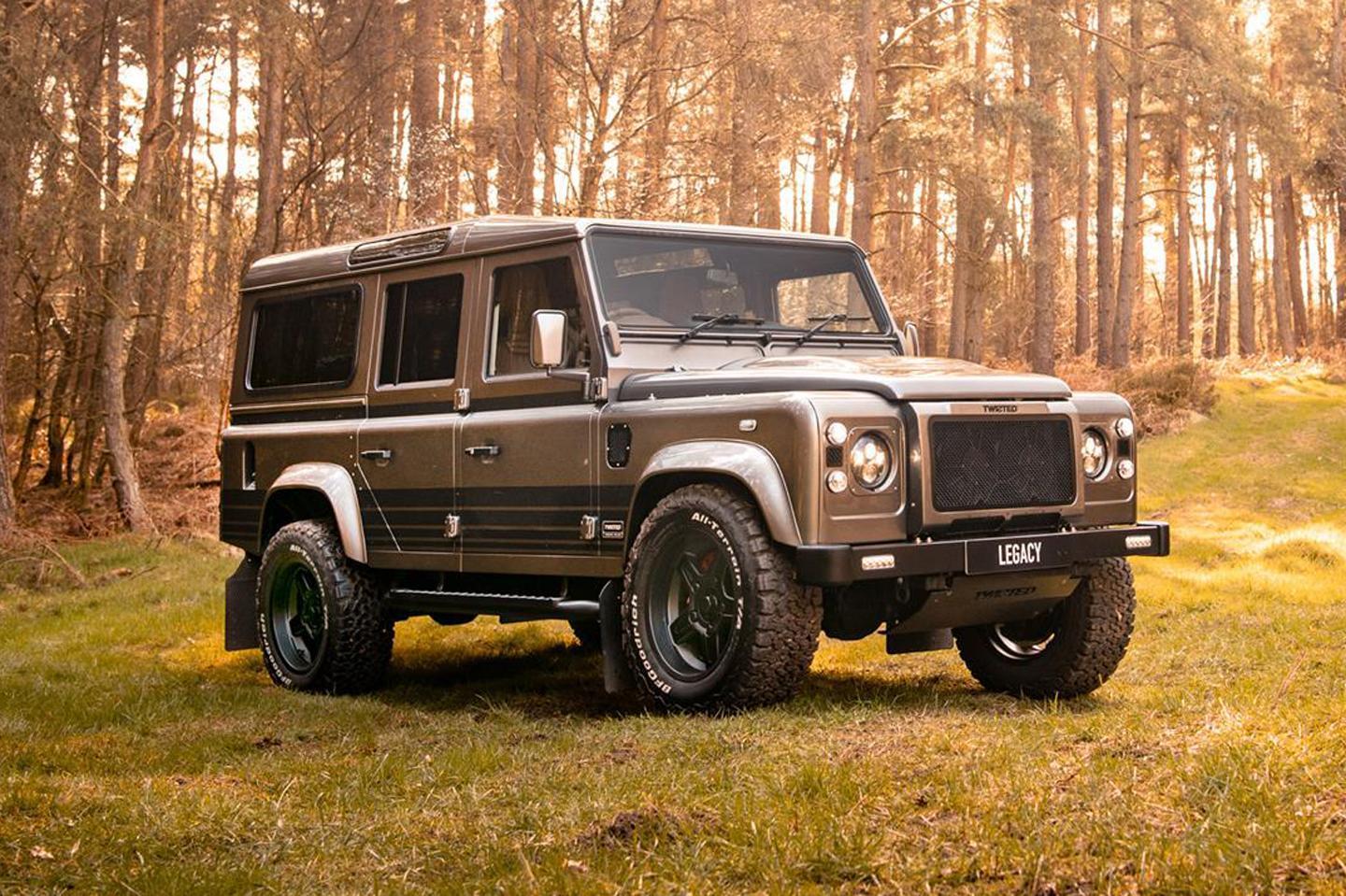 It’s been six years since Twisted started buying up its 240-car-strong fleet of last-of-the-line Defenders for £7.5 million, but the fruits of that labour – or smart long-term thinking – are still emerging. The car you see here, Twisted’s comprehensively re-engineered and modified Defender Legacy, is the latest to come from that fleet. And you don’t have to be a Defender aficionado to see that it’s absolutely lovely inside and out, although you do have to have very deep pockets to experience it first-hand, because it's on sale for £205,000.

A huge sum, obviously - but, incredibly, not beyond the realms of credibility as far as Defenders are concerned. The presence of a mint-condition and extremely well-specced Land Rover Defender Works 70th Anniversary on sale at DK Engineering for £35k less does put some context on the Legacy's asking price, although a quick scroll through Twisted’s stocklist does remind you that many go for above £150k. So what makes this particular model special? The answer is in the one-off details, particularly inside, where Twisted’s Yorkshire workshop has kitted this 2015 110 with no shortage of finery.

Twisted says the additions – including a spectacular drink’s tray with champagne, wine and gin, and all the associated glasses – are a nod to the relative plushness of the original Series III Defender, which upgraded the rugged base to include niceties as part of a revamped interior. Plainly this is a loose inspiration (in the same way that Jeff Bezo claiming his new yacht is inspired by the 32-footer that Sir Robin Knox-Johnston circumnavigated the globe in would be a loose inspiration) because the tuner has taken things quite a lot further than Land Rover did with the Series III.

Along with that cabinet, gun compartment (for game, not road rage) and the booze, there’s new soundproofing, carpets and sports seats, trimmed in cocoa nappa leather with contrasting stitching; the dash tops, door handles and centre console get the same material. It’s a significant transformation, but one that still retains the Defender’s original charm, something that’s key to Twisted’s USP versus other aftermarket companies.

That said, Twisted has equipped the Defender Legacy with an LS3 V8, outputting beyond 430hp and providing what is almost certainly a lovely, burbly soundtrack. It’s mated to a six-speed automatic gearbox, with upgraded drive shafts and surrounding bits, but the Defender’s high and low range ratios remain to ensure serious off-road ability, as do the BF Goodrich boots, wrapped around 18-inch alloys. The brakes and suspension have been upgraded to match, and should mean this plucky-4x4-turned lavish box on wheels is confident on and off tarmac.

Add in some LED front and rear lights, Twisted’s own billet aluminium fuel cap, and the brand’s ‘protection package’, and the transformation is complete. It looks ready to head out into the wilderness to find that perfectly secluded picnic spot; although somewhat bizarrely, thanks to the new motor and gearbox, the Legacy is also fully ULEZ compliant. So you could also crack open the champers while parked riverside in Richmond-upon-Thames.

With just 2k miles on the clock, this is essentially a box-fresh luxury machine. But thanks to its original condition, it is classed as a commercial vehicle, presumably meaning the price with VAT could be reduced should someone purchase this to be their workhorse. Which is quite a thought. Somewhat more likely is a life of supreme leisure, and occasional outings when al fresco gin is required. If that’s the sort of life you live, then a V8 accompaniment to all the tonic pouring and shotgun shooting might be just the thing...