The ultimate Mk2 Focus RS is hard to come by 10 years later - but is it really worth twice as much? 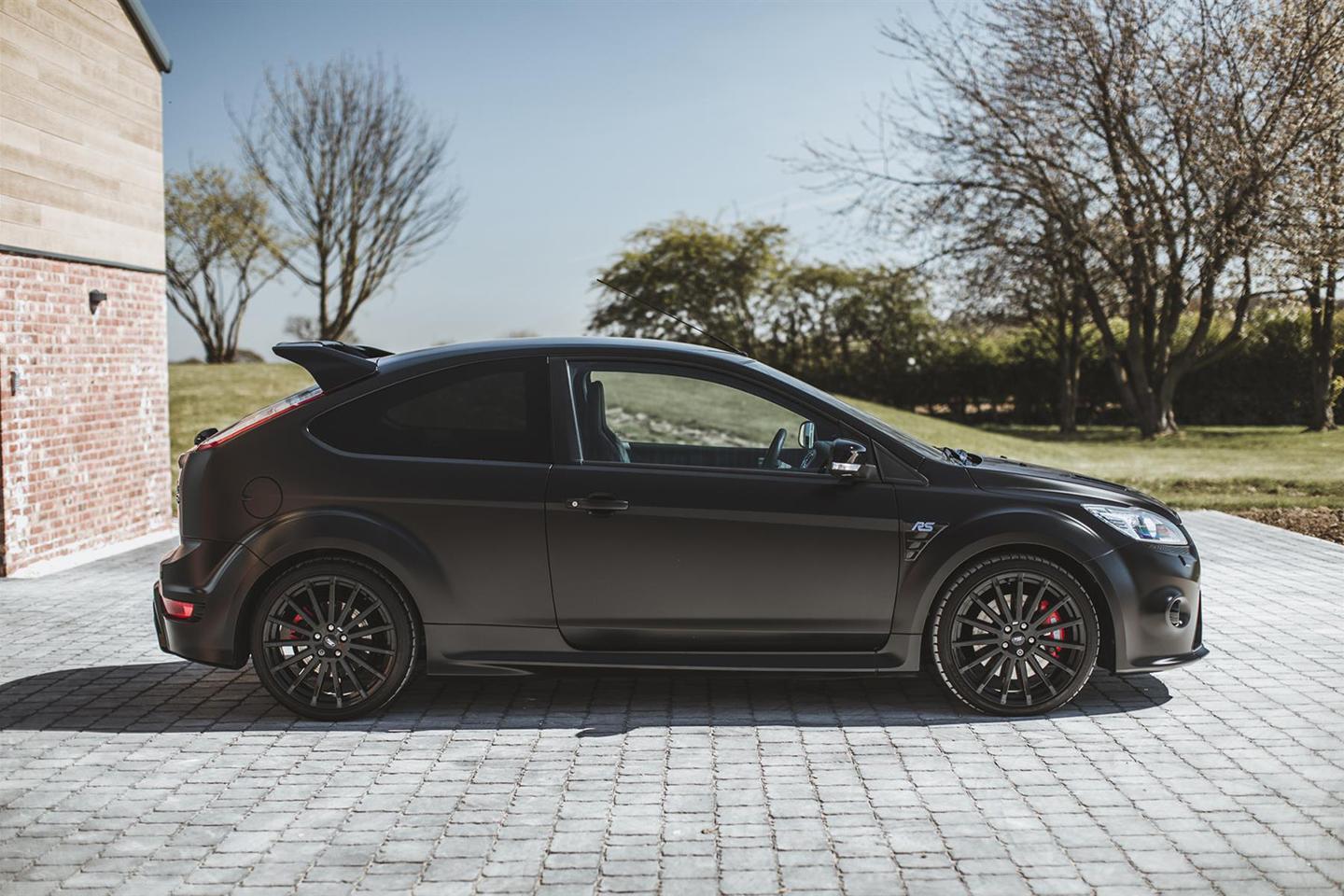 Given the romance associated with the RS500 badge - the Sierra was one of the most iconic homologation Fords ever - its resurrection for the Mk2 Focus RS didn't actually amount to that much. This wasn't a stripped-out road racer like the Megane R26.R; nor was it substantially faster than the standard RS. Fitted with the £2k Mountune upgrade - remap, chunkier exhaust, new intercooler and airbox - the RS500 made 350hp (up 50hp) and 339lb ft, from 324lb ft. Worthwhile gains, then, if not transformative.

But none of that mattered. Not one bit. The RS500 may just have been a Mountune'd RS in black with a black wrap and not one mechanical change over standard, but detractors were conspicuous by their absence. Even with a £35k asking price, several thousand more than the standard car in 2010. Why? Because the RS500 looked fantastic, drove brilliantly and basically secured itself classic status at launch, with just 500 built - and only 101 for the UK.

The plaudits flooded in for the '500: a great hot hatch made even better with 911-matching power, a legendary badge, a look like no other and rarity thrown into the bargain as well. Now, of course, a little over a decade later, the RS500 assumes a new significance with the Rallye Sport badge never to return to a Focus. This was the most powerful front-wheel drive RS ever sold by Ford, one that actually matched the standard four-wheel drive Mk3 to the horsepower. Which is pretty cool.

Even back in 2010, with the UK's 101 units allocated tout suite, plenty saw a quick buck in the RS500 and advertised them at £40k almost as soon as they had them. How we mocked back then at the prospect of a £40k hot hatch (!) but it was clear the RS500 would always be collectible: it had too much in its favour not to be.

Now we have some idea of just how collectible it's become, or at least how significant one seller believes it to be. This 7,000-mile, two-owner car is for sale at £76,995. Hopefully you were sat down for that. But is it really any great surprise, given Ford values in the UK? This Mk1 has only 4,000 miles and is being offered at £50k; this Mk3 Heritage has little more than delivery mileage to help justify its £79,995 asking price. And that's just the 21st century Focuses; this Sierra RS500 was for sale at £105,000 (before a deposit was taken!), this Escort RS Cosworth is £75k and £120,000 is needed for this Escort RS1800. Those after the best of the best fast Fords need to dig deeper than ever, it would seem.

Whether the RS500 is worth new M3 money isn't really for us to decide, and is largely immaterial, even if it does promise one of the great hot hatch drives (because we all know fast Fords that aren't exactly brilliant from behind the wheel). Instead, this car offers the opportunity for collectors to complete a set, maybe that elusive last puzzle piece of a Ford jigsaw - they really don't become available all that often. Buyers who love a Mk2 Focus RS will rightly ignore this '500, and instead look at those very presentable cars at less than £30k. But those who want something to sit alongside RS2000s, Sierra Cosworths and maybe even a GT have their car right here - and it'll likely make them very happy indeed.