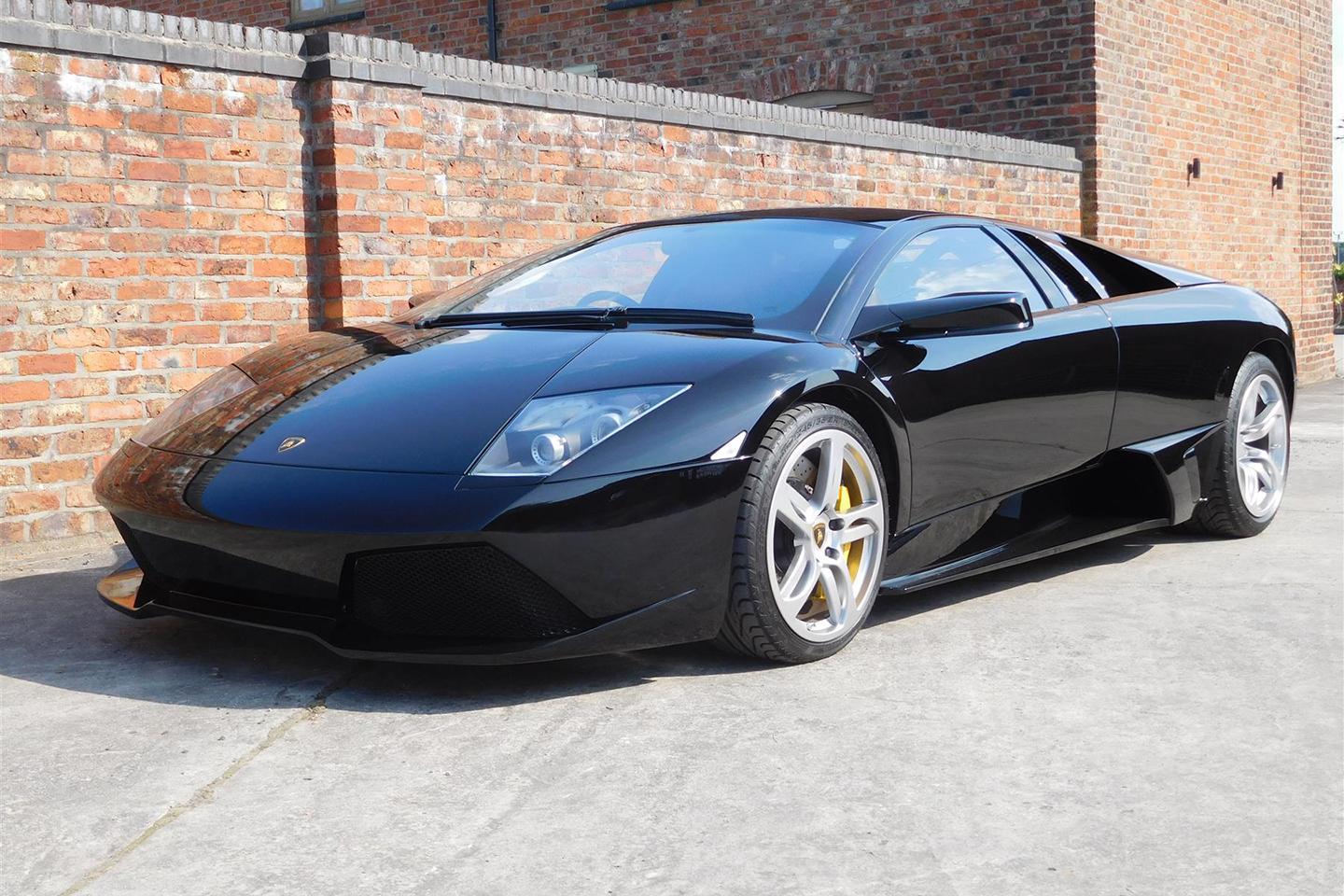 Despite all the rational arguments against doing so, there remains something very pleasing about buying a brand-new car. It's to your specification (hopefully), yours is the first name on the V5 and it'll be your sandwich crumbs that are spilt in there first. There's considerable appeal in that, even allowing for the inevitable depreciation hit.

And although there's merit in nearly new, it's never quite the same. The car may have been a dealer demonstrator subjected to dozens of test drives, or being offered with almost a thousand miles on the clock, which isn't really that new at all. There ought to be some money saved, but the sheen of newness may have faded somewhat.

So what do we call this, then? It's a Lamborghini Murcielago LP640 that's 15 years old come 2022 (and that's less than six months away), yet one with just 197 miles recorded. For a buyer in Glasgow, Brighton, or Plymouth, they'll double that tally just driving it home from the Cheshire dealership. It's a tiny mileage for a car of this age and, to be frank, of this stature. Imagine having the willpower - or the enormous car collection - to be able to leave a Murcielago undriven for so long.

Obviously, the next buyer won't be able to choose the colour combination with this Murcielago in a way they could when spending this money on a Huracan, but black over black is unlikely to offend, even if it does seem a tad sombre for such a car. More encouraging is the time capsule condition; the LP640 really does look as if it rolled out of Sant'Agata last week. Clearly some car storage works better than others. The Nero Aldebaran paint has lost none of its lustre, those gorgeous wheels still gleam, and the quilted leather seems almost untouched. It's a real museum exhibit, right down to that ginormous (and conspicuously clean) centre-exit exhaust.

It has to be used, doesn't it? Somebody needs to experience that V12 scream past 8,000rpm, to feel that e-gear thump another gear through and draw an adoring crowd at the petrol station with the best doors ever. Even if it's rarely, even if the mileage just ticks through a couple of thousand over a couple of years, surely the Murcie couldn't stay static.

Or could it? This really seems an unrepeatable opportunity for a collector-grade LP640, even if the automated gearbox means traditionalists might be put off. As one of the V12 Lamborghini icons that hasn't yet skyrocketed in value, it might be one to keep burrowed away - especially with the electrified future looming large. There are Murcielagos out there with miles that could be driven with a little less concern: this one is also a one-owner LP640 from 2007, but 15,000 miles means a buyer would save £70,000. Slowly but surely, values are creeping up.

At £248,850, the LP640 has appreciated nicely over a pre-options RRP back then of £197,460. But with storage, service and selling costs factored in across almost a decade and a half, it isn't like anybody stands to make a huge profit. That said, if it helps justify the purchase, inflation means £200k today is a fair bit more than this Murcielago's asking price. We've convinced ourselves at least.