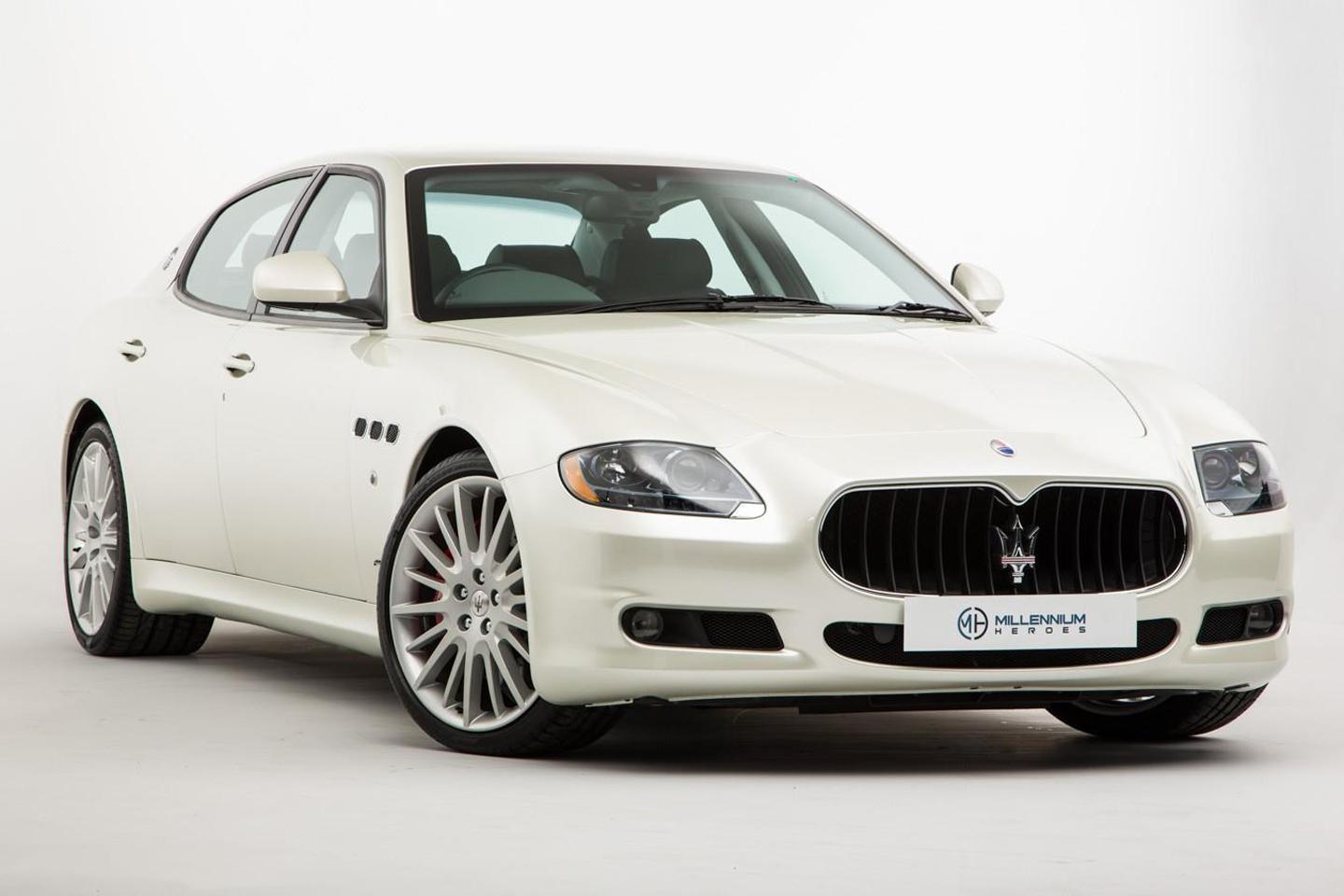 No, your eyes do not deceive you. This Maserati Quattroporte GTS has travelled just 397 miles under its own steam in 11 years of existence. Built in December 2010, this GTS was used as an unregistered static demo before being imported to the UK in 2018, where it was recommissioned for road use by Maserati. Alas, the following years would see it remain static in a collection, meaning now, with its sale advertised on PH, it has another chance to break free...

And as one of Maserati’s final naturally aspirated models – albeit one that was born nine years before the long-toothed GranTurismo V8 finally popped its clogs – break free it should. Because not only does it look absolutely gorgeous front, side and rear, it has Maserati’s old 4.7-litre under its snout. An engine built by Ferrari and codenamed F136 Y, highlighting its relationship with the V8 of the Alfa Romeo 8C. Exotic doesn’t cut it.

Even in 2010, 440hp was far from headline grabbing, but what mattered in the GTS back then arguably matters even more now. This is an engine with genuine atmospheric responses and a delivery that builds thrust and music in tandem. Peak power arrives at 7,000rpm; torque maxes out at 361lb ft when the needle hits 4,750rpm. Drive goes to the rear wheels via a six-speed auto, which thanks to the delivery of that Ferrari lump isn’t half bad, giving the car a 5.1 second 0-62 time and 177mph top speed.

Those left a little underwhelmed by those stats should remember that the old Quattroporte weighs 1,990kg, which even by today’s standards for a pure combustion engine car is on the porky side. Its present day successor is no heavier. But this is also a big car even when measured with a 2021 ruler, stretching 5,097mm in length, lending the Mk5 QP its famously spacious rear row of seats, meaning one of the greatest sound tracks in the automotive world can be enjoyed by the whole famiglia. Even 2010 verdicts declared this a slower, heavier car than its rivals, but also the most emotive, soul-stirring one of the pile.

Mind you, the GTS’s uprated chassis ensured it handled genuinely well, and you’re never more than a degree or two of throttle angle away from some tail-enabled rotation. Which doesn;t prevent it from being a calm, comfortable place to spend time. The interior admittedly isn’t Maserati’s finest work in design (that centre console looks like it was plucked straight from the FCA noughties parts bin), but those elongated shift paddles behind a sculpted steering wheel fit the bill. And just wait till you open the bonnet to see what that Ferrari V8 looks like.

When it comes to our barely-used showstand GTS, it’s not quite clear what country this car was on display in before it came to Britain. It's right-hand drive at any rate, so is perfect for any budding UK buyer tempted by the prospect of a time warp back to 2010. As for getting it going, its last all-round recommissioning took place four years ago, so it’ll probably require another proper service before its returned – or rather, introduced – to life on the road. Perhaps that's wishful thinking. But the car has earned some time in the sun...