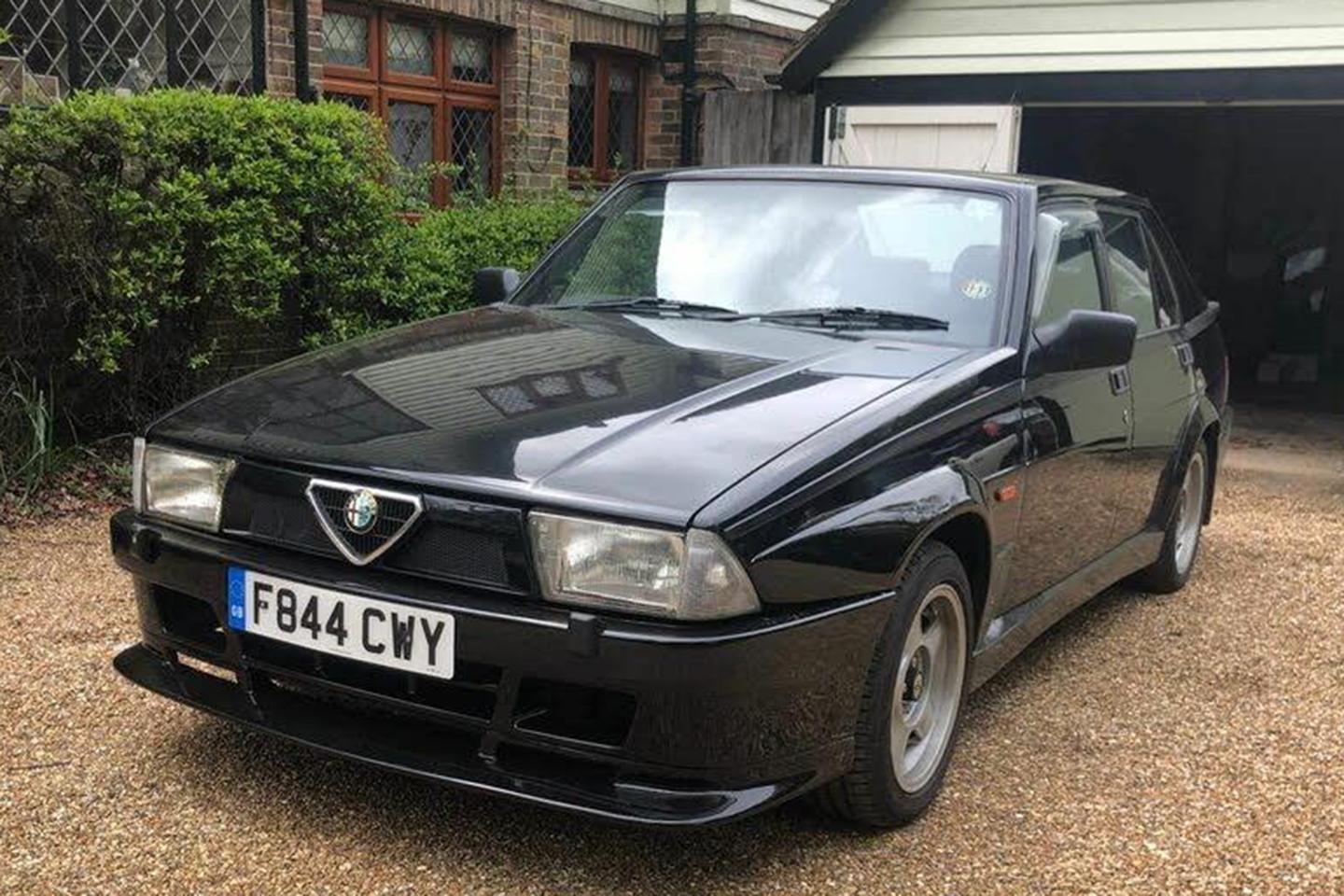 Not so long ago, there wasn't much interest in the Alfa Romeo 75. It wasn't as glamourous as the classic drop-top Alfas, it obviously wasn't as modern as some of the later saloons that also used the Busso V6 and it was far from the prettiest Alfa made, either. Once upon a time, there were decent ones about for £4,000.

But then the Giulia Quadrifoglio happened, Alfa's first rear-wheel drive, V6 saloon since production of the 75 ceased a quarter of a century earlier. In the excitement, many suddenly remembered what a gem the old saloon was, and the cheap ones disappeared. The last time we featured a V6 75, in 2018, it was modified, the advert wasn't brilliant, and the price had jumped significantly - £12,995 was being asked for a 120,000-mile car.

Now it seems that things might have cooled down for the great Alfa saloon that isn't a Giulia. For the dedicated few it remains a legend - the transaxle gearbox, iconic engine and rear-wheel drive saw to that - but the 75 isn't the Alfa many might have promised themselves like a Spider or a GT. For want of a better phrase, it's a bit gawky by the manufacturer's supreme standards. Let's say it has a niche appeal.

But what an opportunity this one looks to be for anyone in the exclusive group of enthusiasts. Said to be one of just eight remaining right-hand drive examples in this spec - a figure that's easy to believe - this 1989 3.0 Veloce has been "invested in substantially." With a long time in storage and 129,000 miles recorded, this 75 has benefited from a new cambelt and tensioner, Koni suspension and brake master cylinder recently. That's in addition to a "huge history file with tons of receipts", including the original bill of sale. The seller admits it isn't perfect, with a small bit of rust underneath, but it's 32 years-old and never restored - it would be daft to expect a concours example.

Indeed, being less than flawless and well used should only act as encouragement to use this 75 more. Unlike, say, an SZ of the time or the later GTAs, it would be a surprise if a 75 was ever worth loads of money, so there's really every incentive to get out and enjoy that engine in such great sports saloon. Even if nobody will know what it is.

Moreover, in a weird classic car market, to have an Alfa like this for sale at £9,995 seems almost conspicuously cheap. A contemporaneous E30 3 Series, with a six-cylinder engine, might cost more than twice as much - albeit with some recent restorative work. When even an Audi 80 can command £7k, the Alfa looks more appealing still. And when Giulia production inevitably ends - perhaps sooner than expected, given Stellantis' strategy plans - maybe some attention (and appreciation) will be focused back on the 75. Assuming you want to sell, that is...