Rumour is a new drop-top Aston is coming to Pebble Beach; no better time, then, to remember the American Roadster 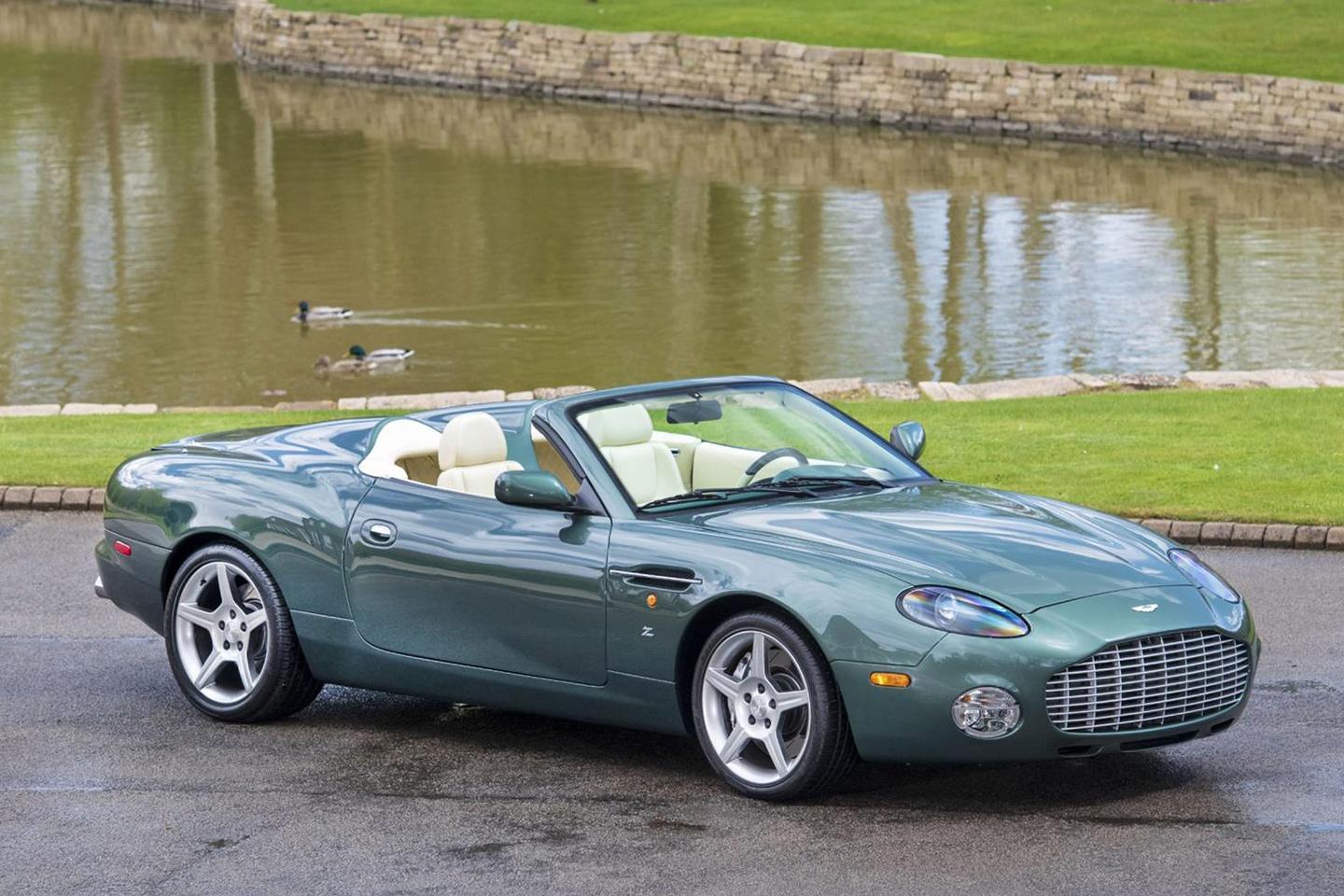 According to the internet, Aston Martin will reveal a Valkyrie Roadster as part of Monterey Car Week in the next few days. Makes sense, really, as there's nowhere better to reveal a tremendously expensive, wholly impractical sports car than Pebble Beach. It's where the world's wealthiest assemble to race their existing playthings and eye up some new one, so another derivative of the 1,100hp, £3m Valkyrie will fit in with that environment as well as pastel slacks and bad blazers.

This wouldn't be the first time that Aston Martin has taken some inspiration from Pebble Beach, either. Exactly 20 years ago, then CEO Ulrich Bez had been tasked with jazzing up the Aston range by Ford; it can be easy to forget now, but by 2001 the DB7 was old, the new era was still a little way off, and the fabled name was as likely to conjure images of the old Newport Pagnell bruisers as it was the very modern Vanquish.

Bez needed some help in rejuvenating the brand, particularly in the U.S., and help was at hand thanks to Andrea Zagato. The story goes that, having enjoyed some time (and some wine) together during the Pebble Beach festival, a new Aston Martin exclusively for the sunniest bits of the USA was decided upon. There was going to be a new Aston Martin roadster.

The DB AR1 was that car. The DB7 Zagato hadn't made it to the States because of cost concerns around type approval with its bespoke, shortened chassis; therefore it was decided for this car to base it on the DB7 Vantage Volante, which was already approved for sale on the other side of the Atlantic. The AR1 - that's AR for American Roadster - was then treated to some Zagato design flourishes (under Henrik Fisker's guidance) and built for the fine people of Florida, California, and whichever other states could reasonably sell a car that came with absolutely no roof at all.

Though met with a rapturous reception at the LA show in January 2003, that didn't really matter, as all 99 of the DB AR1s were spoken for by that point. But the Aston-Zagato roadster relationship was back in business, America had its exclusive model, and a few more lucky buyers were treated to that glorious V12 singing in the sunshine - job jobbed.

Despite only ever being sold in the U.S., a few DB AR1s have found their way to Europe over the years. This one, in fact, has been in the UK for a little while, first MOT'd here in 2014 and accruing... 642 miles since then. Our fair isle isn't really the place for pure roadsters, but it's fair to imagine all miles are memorable behind the wheel of a DB AR1.

Predictably enough, given the odo hasn't even ticked into four figures, this DB AR1 is flawless. Classically specced in green over cream, it looks every inch the California cruiser. In fact, this one is so good that it was awarded 97/100 in an Aston Martin Owners Club concours, and its branded umbrellas - which sound almost invaluable for this car - are unused. Obviously, all these cars are special, but this AR1 must be one of the best. For some context, this one has covered more than 30,000 miles in less time.

The AR1 is being offered for £275,000. Given the Zagato link, the rarity in the UK and the impeccable condition, that doesn't look an obscene asking price. Obviously a DB7 Vantage Volante will be a fraction of the cost, but this is at least £100k less than what will be paid for a later Vanquish Zagato Volante, of which there are four for sale on PH alone. Plus another couple of Speedsters.

The appeal should be plain to see, then. For those that can accommodate the inconvenient double whammy of left-hand drive and a missing roof - both significant enough in the UK - then the AR1 represents an intriguing bit of Aston Martin history. If nothing else, it deserves to get beyond 1,000 miles at some point, come rain or shine. But mostly rain. Maybe those umbrellas will have to be used after all...