Remember the other three-seat McLaren? Here's your chance to buy a nearly new Speedtail 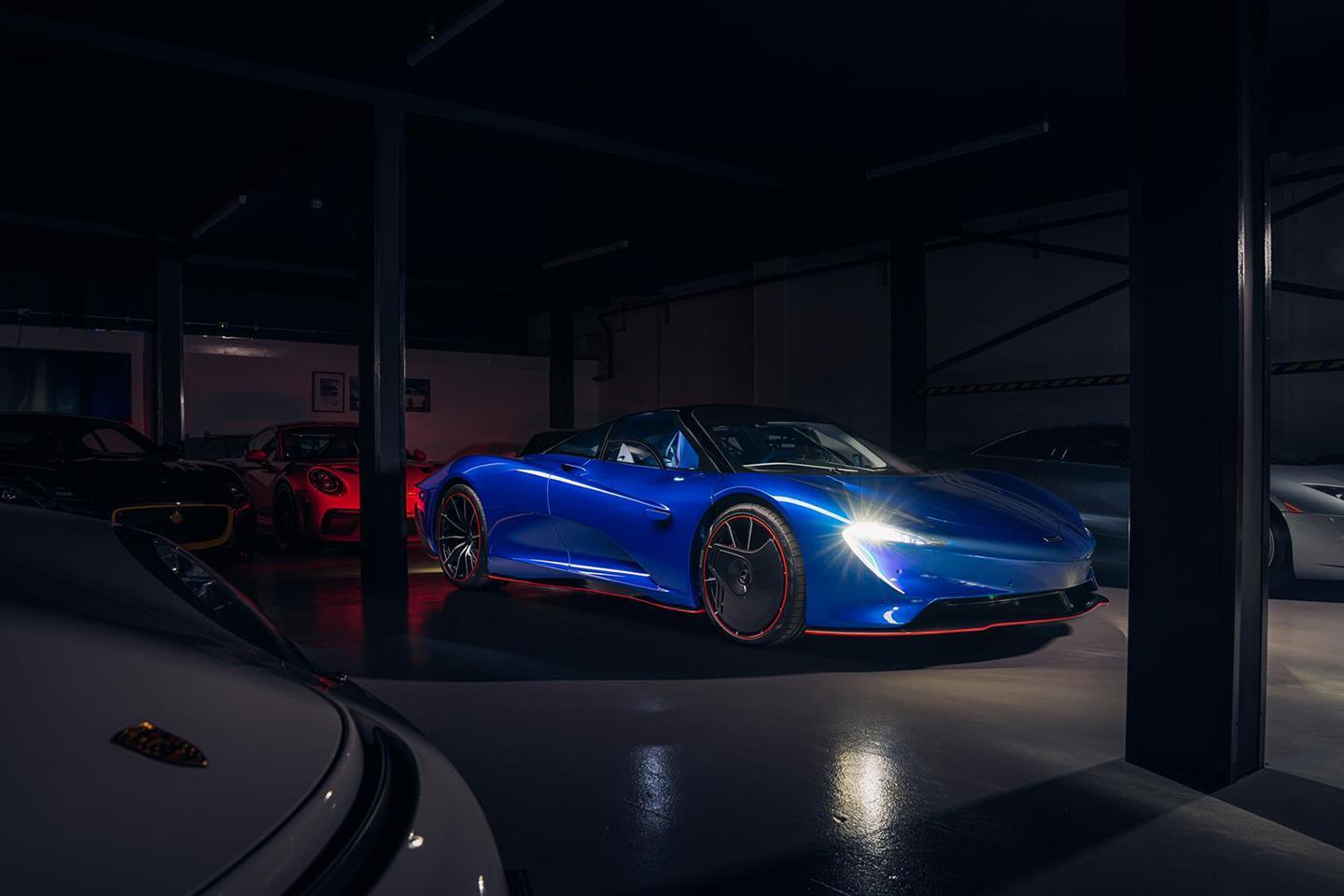 What's the fastest car produced by McLaren Automotive in its first decade? Easy, you'll say, it's the P1 - it weighs as much as an ice cream cone and has nearly a thousand hybrid horsepower. Or maybe a P1 GTR with the extra power potentially offsetting the additional aero. Or could it be a Senna? A 720S is hardly slow, either.

Nope, all wrong. It is, of course, the Speedtail, all 1,070hp and 250mph of it. Clue is in the name. Pitched by McLaren as another Ultimate Series model, its first Hyper-GT and "a pure fusion of science and art in automotive form", the Speedtail was announced back in October 2018. And, well, for one of the fastest and most expensive cars on the planet, little has been heard about it since. Or it seems that way, at least.

Perhaps it's because social media inures us to the impact of seeing another multi-million-dollar hypercar; maybe it's because McLaren is as guilty as any other of churning out model after model, lessening the impact of each - and there's an argument to say merely extremely fast (and not the world's fastest) doesn't garner the attention it probably ought to. We're spoilt for choice in the hypercar arena in a way we never have been, meaning some inevitably aren't obsessed over how they should be. Is the Speedtail one of them?

Certainly it's more than an exercise in top speed bragging rights. The Speedtail also marked a new era of personalisation for McLaren. Whatever the customer wanted, they were actively encouraged to choose for their car; a starting price of £2.1m typically became £3m by the time any Speedtail left Woking. Each of the 106 examples was unique, with materials taking inspiration from fashion, luxury yachts and bespoke furniture, some new to the automotive world. Customers didn't so much spec a Speedtail as commission it like a portrait.

The unique nature of each one, as well as the rarity and the formidable cost - plus the fact a Speedtail must be incredible to drive - means they don't re-emerge on the secondhand market all that often. Why would you sell? McLaren is unlikely to ever make a faster combustion-engined car, and it really is a hypercar prospect like no other - the perfect addition to a collection.

But here is one, Speedtail chassis 61, for sale after 924 miles (impressive given it was only delivered in September) at JZM. Funnily enough, given the bespoke nature of the entire project, this Speedtail is painted... Burton Blue, which has been on the McLaren colour chart for a few years. But there's no doubting vast, the 5.2-metre long Speedtail wears it well, here also with Accent Red details. The inside is equally spectacular, with the central driver's seat highlighted in Navy and the two others in Bright White. Given the agonising that must have occurred over the spec - how to choose when choice is unlimited? - the end result is stunning. And there really isn't another one like this in the world, which is always an appealing prospect.

Fancy it? Course you do. Interested buyers are being asked for £2,499,000 for this Speedtail, which is probably what it cost new given the options - or a fairly modest premium, in relative terms. Chassis #8 is also on PH at the moment - like buses, these Speedtails - more extravagantly specced, lower mileage and on offer at £2,650,000. Which, quite obviously, is a lotta cash, and enough for the very best McLarens out there: see this extraordinary P1 GTR by way of comparison.

This is hardly likely to be an either-or situation, though - a Speedtail will surely be an addition rather than a replacement. And let's not forget just how rare it is: there were 375 P1s made, plus the GTRs. For that reason alone, it would sit in gallery of similar dream machines nicely. The fact that the Speedtail would be faster than all of them only adds to its allure.