If a six-wheeled G-Class is a bit OTT, how about the four-wheeled alternative? 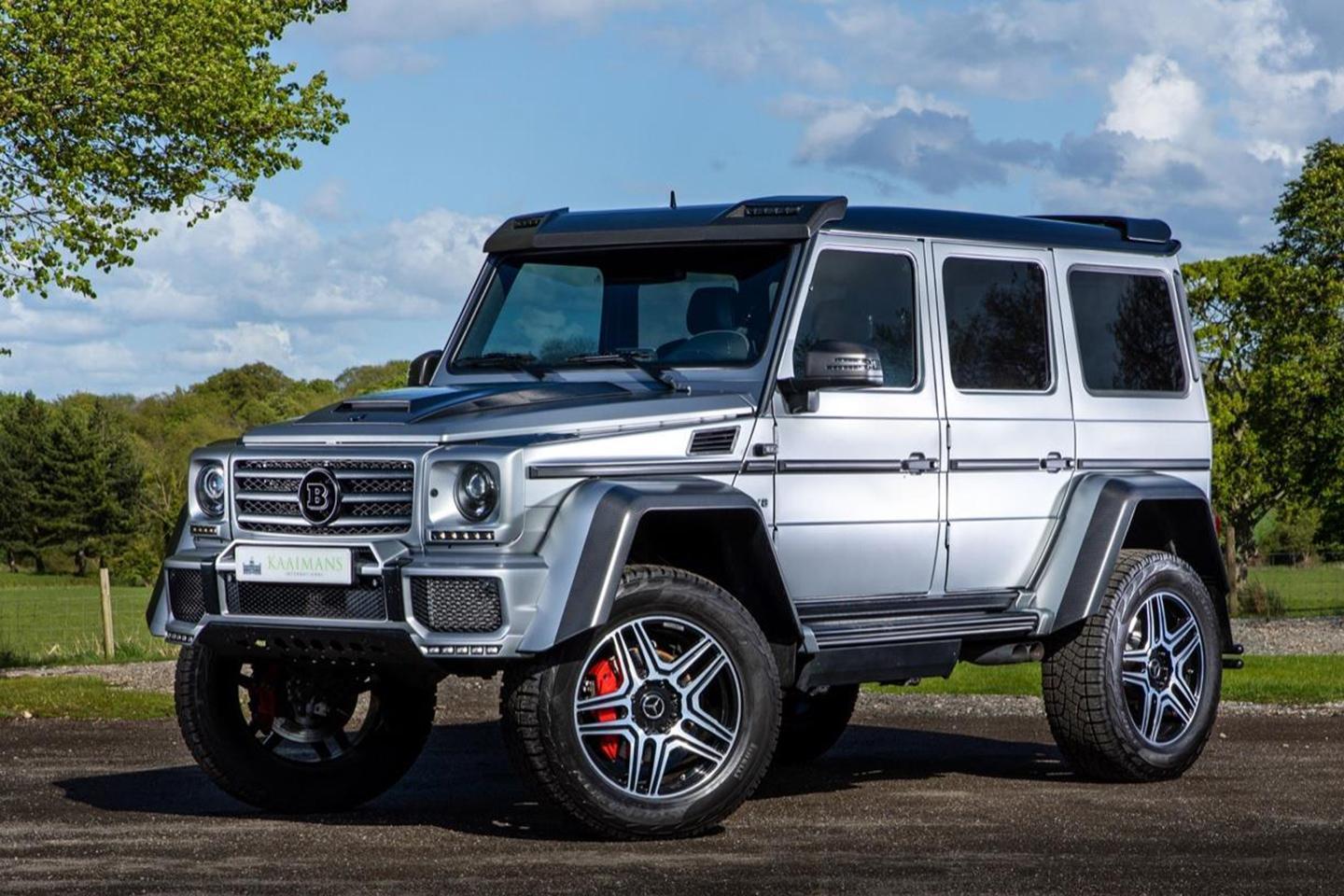 Remember the G-Class 6x6? Developed from an army vehicle designed for the Australian army, it was precisely as berserk as you'd expect a six-wheeled G-Wagen to be. Almost six metres long, more than 2.2m tall and almost as wide, the 6x6 was gigantic by pretty much any standard. And where the army vehicle used the Mercedes diesel engine, the 6x6 used the twin-turbo AMG V8 for more than 540hp. Because of course it did. Quite the way to spend £400,000...

Furthermore, while its target audience will have been miniscule, the 6x6 did tap into some latent demand for an extreme G-Class, because then the 4x4 Squared came along soon after. Debuting in 2015 once 6x6 production had wound up, the Squared earned that car's portal axles (meaning a huge increase in ride height), 22-inch wheels, light bar and general f-you attitude. Everyone loved it.

Though power was down from the 6x6 for the Squared, the 4.0-litre twin-turbo V8 ensured a healthy 422hp. It's hard to imagine anyone wanting more from a go-anywhere off-road package, given the combination of hardware, performance and design, but then there's always one...

This is a Brabus G500 4x4 Squared, proof that there really is nothing in the Mercedes-Benz line up that Brabus won't turn its hand to. Obviously there was power, Brabus liberating more than 500hp and 516lb ft, with a new exhaust and a host of cosmetic parts including the spoiler, side skirts, grille, kickplates and more. It isn't subtle, but come on - it's a G-Class with portal axles. If ever a Mercedes was going to suit some Brabus embellishment, this is it. And if you think this is mean, wait until you see the other Brabus Squared currently for sale...

Apparently, the first and only owner of this G500 - one of Mercedes VIP clients, no less - spent more than £300,000 on it, which is entirely believable given the spec. It hasn't just been sat in a very tall barn collecting dust, either, as around 2,000 miles a year have been covered since this Brabus was registered in 2016. It's left-hand drive, as all of the Squareds were, which might be an issue for continued use in the UK; on the other hand, surely nothing will come too close, so who cares if you can't see them? Worst comes to the worst you could probably drive over anything in your way...

The Squared is currently for sale at £160k; fair enough given the money once spent on it - and given a 6x6 is hundreds of thousands more - but a heck of a lot even by G standards. A commensurate G63 can be bought for half as much. But, as became clear the moment the promo video showed a Squared being flung at a mountainside, this isn't any old G-Wagen. For a prospective buyer, that will be all the incentive they'll need. Just a shame it isn't yellow, really...