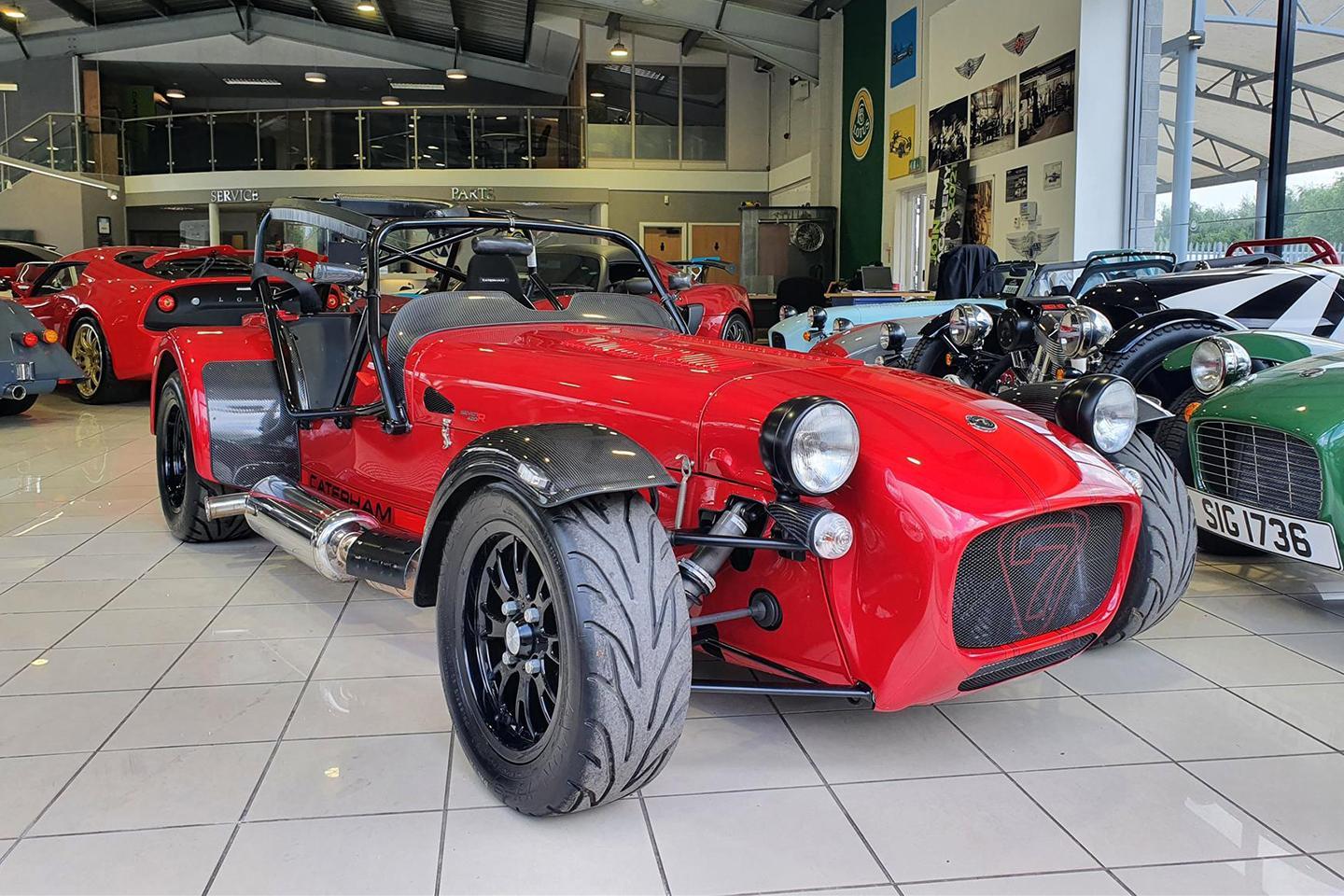 Just last month we speculated that the naturally aspirated 420R might still be the sweet spot of the current Caterham lineup on the basis that it's less overtly mad than the supercharged 620, but also beefier and ballsier than the smaller engined models. And apparently at least one person agrees with us.

Sir Chris Hoy, alongside being a lovely chap and certified track cycling icon, can safely be called car mad. He's raced in the British GT Championship and at Le Mans, after all. And, as today's spotted demonstrates, is also a former Caterham 7 owner. According to Oakmere, the 420R pictured was custom-built for his nibbs. Which sounds about right.

For one thing, Hoy is a confirmed friend of the brand, having set the '60-second donut challenge' record back in 2017 to mark six decades of Seven. For another, despite its road-legal status, the car in question has 'circuit special' written all over it. Surely no-one goes for the aeroscreen and full roll cage unless they plan on making extensive use of a pitlane garage.

Also, there's the gearbox. We didn't even know you could order the 420R with the six-speed Sadev sequential transmission. And a quick visit to Caterham's configurator confirms that you can't - not if you limit yourself to the standard tick boxes, at any rate. Oakmere calls it 'special order', so it probably helps if you're a) equipped with deep pockets and b) possess seven Olympic medals.

Given that the manufacturer has also supplied a unique gold-finished key with 'Hoy' engraved on it, it's fair to say that it took the factory-build commission seriously. The £47,950 asking price suggests that the car is likely amongst the most expensive 420Rs it has every produced - although still a fair saving over the circa £55k starting price for a 620R.

We're inclined to say that it makes quite the prospect: raw-edged, certainly, based on experience of the sequential 'box, but undeniably unique once you've factored the ownership history in. As you might expect for a car which has only covered 560 miles in a very brief existence, it's also said to be as-new. And if it's good enough for a knight...