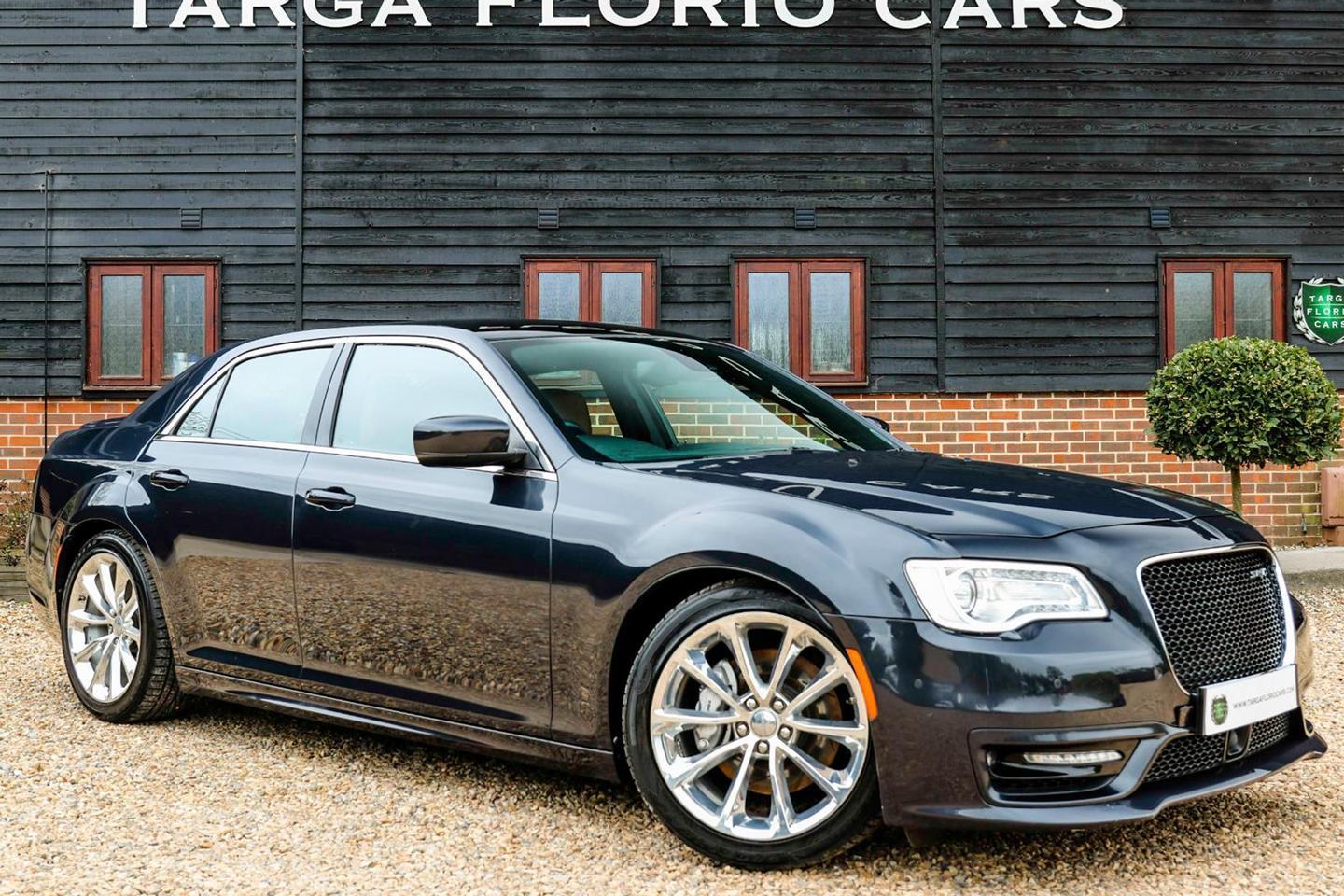 The Chrysler 300C never managed to shake off its status as a leftfield choice when it came to delivering a V8-powered super saloon, but to some, that probably heightened its appeal. The competition in Europe was, of course, formidable - as any field headed by the BMW M5 and AMG E63 would be. But the Soprano special could always stand tall, thanks largely, although not entirely, to its prodigious engine.

The V8 HEMI of the 300C dwarfs even AMG’s former behemoth, the M156, by a couple of hundred cubic centimetres, with the 6.4-litre familiar from other Chrysler-badged brutes like the Challenger and Charger. Making it even more special is the fact the all-American SRT isn’t even sold in its domestic market, or Britain for that matter, being offered in Australia, New Zealand and Middle East - and nowhere else. Hence the right-hand drive status of this very recent example.

That makes it fantastically rare, not to mention a bit of a forbidden fruit in these lands, what with it being the complete opposite of an AMG downsize to electrified four-pot power. As ever, when it comes to American power, size matters, although thanks to natural aspiration, output is rated at 471hp, which makes it about 140hp short of the bi-turbo E63 S we drove recently. Of course, the 300C has never been about out and out performance, but rather its brutal old school charm. Which stretches to the cabin in 2021.

That said, it looks handsome enough, with tan leather seats against black and carbon bits, small screens and, heaven forbid, buttons. Those turned off by the idea of a touchscreen overload will find much to like on a centre console with knobs and things that actually click. But who’re we kidding, buyers of a 300C aren’t here to prod bits of interior but rather enjoy the pomp and circumstance of a big-block eight. The SRT delivers much in that department. It is properly thuggish stuff.

As for its on-road talents, previous experience of this car’s predecessor affirmed that Chrysler knows how to tune a chassis for more than just sprints away from the lights, with the old 300C giving the E55 AMG a greater run for its money than initially expected back in ‘13. Judging by Australian reviews, we’d expect more of the same this time around, and this being a non-European model, there presumably isn’t any WLTP hardware to sully its pipework. Which means this 2020-registered car ought to pack just as much in the vocal department as its forebear - a compelling USP all by itself.

It’s handsome, too, right? Somehow a 300C manages to pull off a set of chrome 20-inch wheels as if they’re 20 per cent smaller and the facelifted front end is a little more subtle than before. Of course, even in far flung parts of the world the 300C is probably on borrowed time – and it won’t help that miles per gallon aren’t going to trouble the twenties anytime soon. Still, it helps that the car’s £36k asking price is little more than senior hot hatch money. When it comes to cc for your ££, few ‘usable’ cars match an SRT.