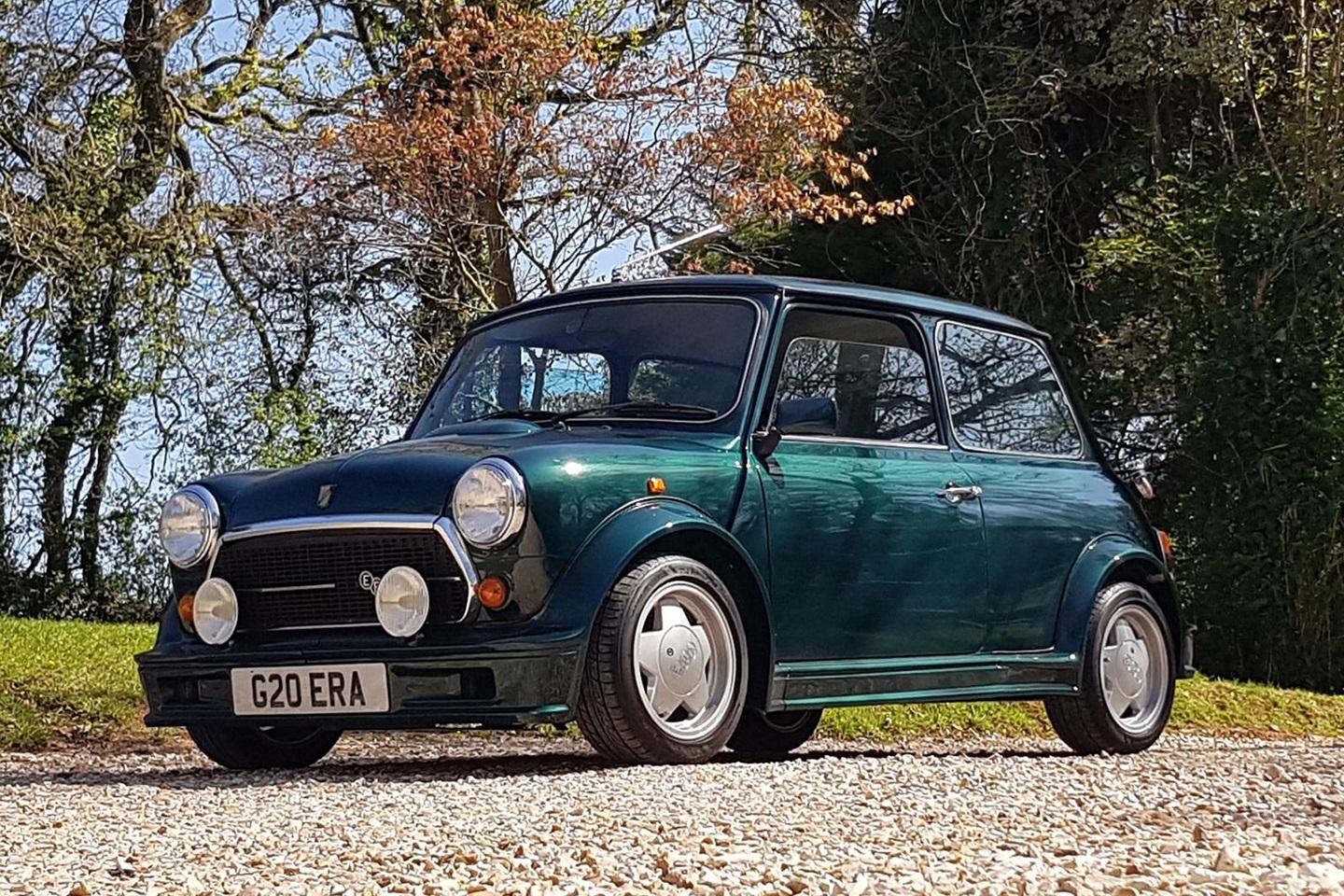 People talk often about the original Mini era, but rarely do you hear anyone speak about the ERA Mini. This is a shame, because the English Racing Automobiles' bodykitted version was a significant spin-off of Britain's iconic runaround, not least because it's the quickest version ever sold through the official dealer network.

Its secret, of course, was the turbocharged A-Series engine swiped from the MG Metro. The 1,275cc unit delivered a potent 95hp to the front wheels, where a revised front suspension delivered it to the road with increased negative camber. ERA claimed a top speed of 115mph, and doubtless forced induction made short work of the Mini's notoriously svelte kerbweight.

The team made sure the new model looked the part, too. Pre-empting the nineties infatuation with flared arches and big bumpers, the Mini Turbo featured additional styling addenda to distinguish it from previous versions of the Cooper and 1275 GT. Perhaps they didn't float everyone's boat, but there's no mistaking the ERA when you see one.

Which you very seldom do. While it was a neat idea and by all accounts a goer, the car was not a sales success in its day. In three years of production, ERA is said to have built just 436 examples, the majority of which were exported to Mini-mad Japan. Indeed, that's where today's Spotted, reportedly number 337, spent most of its life before being imported back to the UK in 2014.

Since then it has reportedly led a pampered life and has only accrued 21k miles. The vendor notes that the car's chief advantage over the standard Mini was not outright power, but the gains made in comfort and refinement - not least because the Japanese spec cars came with air con and apparently seats with more adjustment than you typically get.

Really though, the ERA's appeal is the vanishingly small chances of ever encountering another one on the road - alongside the idea that Austin Rover thought the turbocharged car the very limit of Mini-based performance. Both attributes ensure a plump asking price - in fact, you'll pay less for a mint condition, barely run-in Cooper which would be no less enlivening to drive - but the Turbo has well-earned its privileged position in Mini-lore.