One owner from a year old, almost 200k and a full Honda service history - what else did you expect from a Legend? 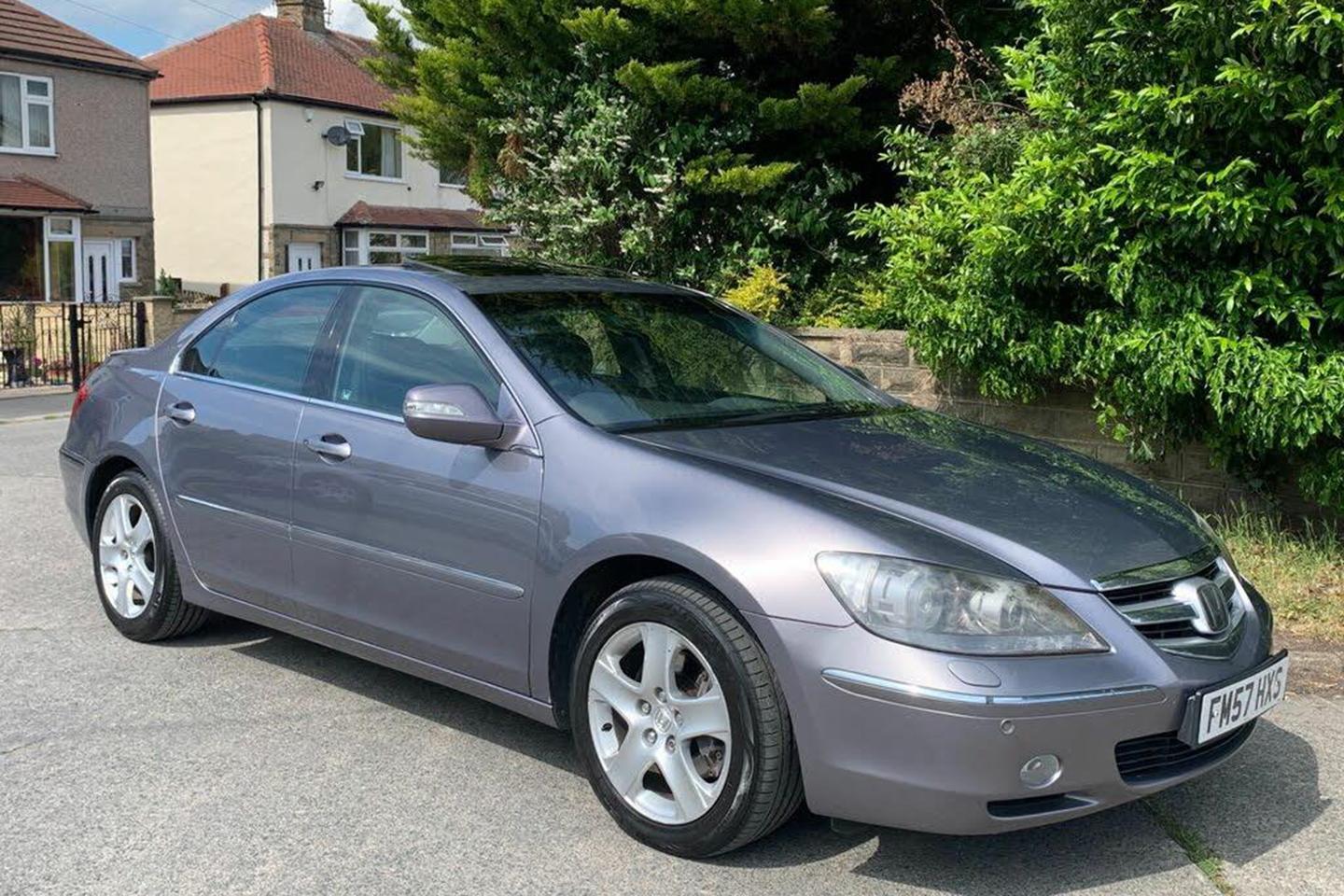 Since the Lexus LS400 arrived in the UK more than 30 years ago, the Japanese executive saloon has typically adhered to a familiar template. The luxury would be boundless, the technology incredible, the reliability unbeatable... and the image a bit staid. With driving dynamics and styling typically on the plain side, British customers tended to shun the Japanese cars and opt for the edgier German offerings instead.

But if dependable and durable are not the most alluring traits when new, they make a car look jolly attractive secondhand. Nobody wants the bills of a new luxury saloon when paying a fraction of the new price, at which point the usual suspects arguably become a lot less appealing. And when the Honda Legend starts to shine.

It's easy to have forgotten about the Legend. It was ordinary to look at, Honda only ever expected to sell 400 a year in the UK and the first ones are now 15 years old. But it was notable for its technology, as so many flagship saloons are, introducing features to the segment that seemed wildly futuristic a decade and a half ago. For less than £40,000, buyers got night vision, lane keep assist and - get this - torque vectoring. In 2006! The Super Handling All-Wheel Drive was clever even by today's standards, and bestowed the big Legend with unexpected agility. Up to 70 per cent of the 3.5-litre V6's torque could go to the rear axle, where up to 100 per cent of that could go to either side. Maybe Honda would have sold more if they'd created a Drift Mode...

Though predictably few found UK buyers, this particular Legend is the almost perfect example of what a Japanese luxury saloon could achieve. And, it should be said, the kind of buyer it attracted. Registered in 2007 and with its second owner by the time it was a year old, this Legend has stayed with them ever since, racking up an impressive 188,000 miles in the process. With, of course, a full Honda service history to back it up, including a timing belt at 184,000 miles.

The MOT history is similarly unscary, with mostly fails for consumables, which is to be expected when so many miles are accrued between each one. It failed on a thin brake pad in 2017; otherwise, the Legend would have gone from 2013 to 2020 with a clean ticket every year, from 97,000 to 176,000 miles. And what did it fail for last year? An insecure rear numberplate. There aren't many cars made like this, surely. The advisories for this year, after the windscreen for which it failed was replaced, were two slightly damaged mirrors - that's it. At 185,000 miles.

And while there are signs of wear here - it would be weird if there weren't any - the Legend looks more than good enough for a few more years stress-free, low maintenance, mega plush motoring. We've surely all seen cars with a lot less than 180k look far worse than this. Though taxing and fuelling an old, large V6 won't be cheap in 2021, there is the tiny £3k asking price to factor in as well. Good luck finding a Lexus LS for that little now. So for anonymous yet intriguing luxury motoring that can seemingly survive anything, bargain barge buyers could honestly do an awful lot worse than searching out a Legend.