The latest batch of V8 supersaloons are awesome, but costly - time for a blast from the very recent past 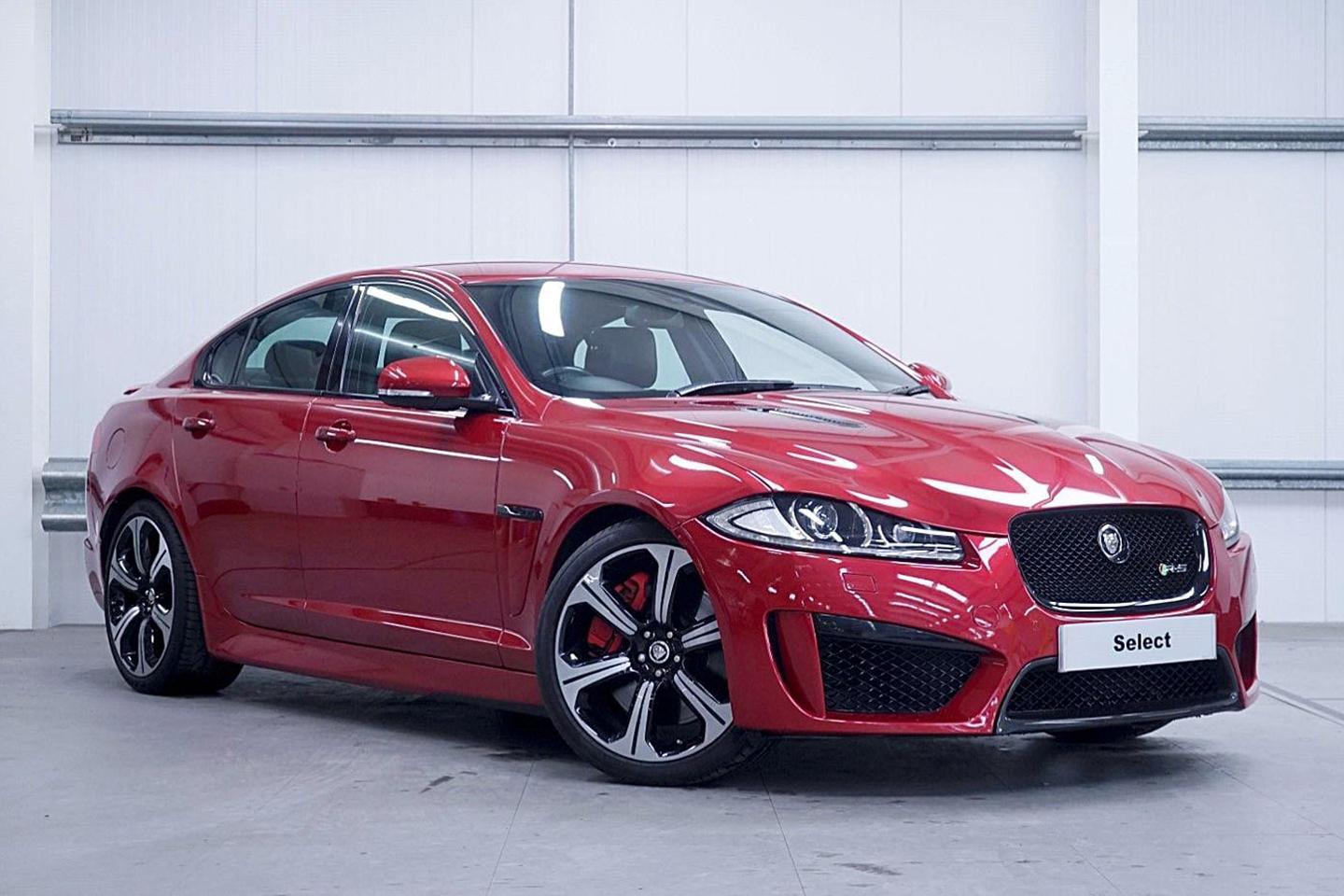 Despite the current trajectory of the car industry, it's been pleasing to see a glut of fantastic V8 four-doors hit the market recently. The Trofeo version of the Maserati Quattroporte is the best one yet; ditto the CS derivative of the BMW M5. In both saloon and estate guise the Mercedes-AMG E63 S is spellbindingly good, and the latest Porsche Panamera Turbo S is a record breaker that can be optioned with Michelin Cup 2 tyres. Of course, that's a bit silly and largely pointless, but aren't those very traits what makes a supersaloon so endearing? The diesel will do big miles in relative comfort - the absurdity of the performance on top is why we love them.

Even by the standards of the genre, however, the Jaguar XFR-S seemed a tad gratuitous. Not in a bad way, of course, but because the standard XFR was already such a brilliant car. Could it really be improved upon in a meaningful way? Jaguar certainly tried its damnedest; for a £14,500 premium buyers got an extra 40hp for 550hp (and a top speed raise to 186mph), an aerodynamic overhaul from more wind tunnel time, a recalibrated automatic gearbox, revised suspension (including a spring rate upped by 100 per cent) and a set of bespoke P Zeroes.

It sounded like a serious revision and, despite becoming best known for French Racing Blue and a lairy spoiler, the XFR-S was a serious car. The aerodynamic work meant a tweaked front end that looked more aggressive, and the suspension alterations conferred a firmness on proceedings that was unfamiliar in a big Jag. The XFR-S meant business, both to look at and to drive, in a way the standard car couldn't quite match.

Even with the availability of subtler colour schemes and the XFR-S Sportbrake, the 550hp car never sold in huge numbers. For the majority it's likely that the standard XFR fulfilled their requirements just fine; furthermore, by the launch of the S in 2013 the XFR was four years-old and the XF base approaching six; dropping £80,000 on one at that time would have taken a lot of commitment. And, returning to the original point, received a lot of praise - the silliest supersaloons are typically the ones remembered most fondly.

This one looks great. Because you couldn't really drive a two-tonne Jag the colour of a Clio 200 with a huge wing on it - could you? The hide-your-light-under-a-bushel spec, with the small spoiler, clear glass and dark red paint, suits the XFR-S really nicely. It's clearly been enjoyed, racking up more than 60,000 miles since 2013, yet is still commanding almost £30k. After severe initial depreciation, it feels like the XFR-S might be shoring up a tad; last year this money bought a car with half the mileage. As the very rare, ultimate version of a Jaguar great, one now never to be replaced, it's easy to see why it could be in demand. Anyone who can find a Sportbrake should count themselves very lucky indeed.

So, although the XFR-S will be shown up in terms of outright performance against the latest crop, don't be surprised if the richness of the experience renders all that a tad unimportant. It arguably represents Jaguar doing what it does best, and that's always been fairly irresistible, new or used. And if it isn't? Well, console yourself with knowing this is over £100,000 less than an M5 CS...