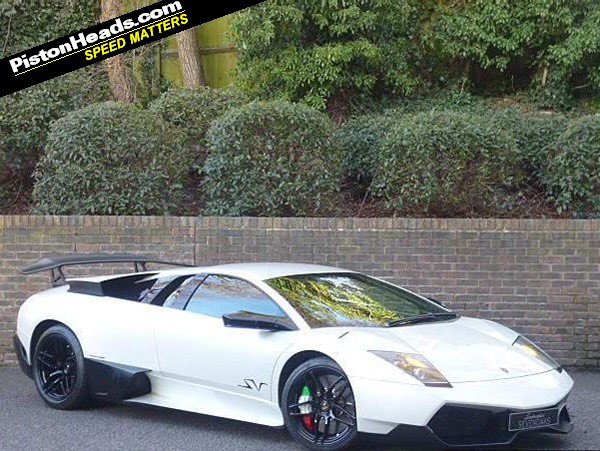 Everyone has a childhood supercar icon. The car that you can't read enough about, can't see enough pictures of and can't desire any more. It was really satisfying to see so many potential pin-ups

this year, from the McLaren P1 GTR to the Ford GT and a whole lot more. If the next generation of car fans can't be excited by the current batch of super and hypercars then there's something really wrong. 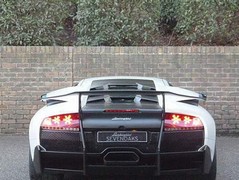 Anyway, it was always the Lamborghini Murcielago for me as a young lad. Remember the first episode of

, back in 2002? The purple Murcielago and the Zonda? I was 11, and didn't care particularly that the Pagani was (quite a lot) quicker. Just the way it looked and the way it sounded and the Lamborghini badge was enough. Eventually I would learn to love the Pagani too but there will always be a special place in my heart for the Lamborghini.

So my inner 11-year-old was very excited to see the Aventador SV at Geneva. Happily it fulfils all the SV criteria: louder, faster, lighter and actually not as beautiful as the standard car. Marvellous.

Any Murcielago had to feature today. Alright, perhaps not this Prindiville edition but anything to link the previous generation of Lamborghini with the new would be great. An SV would be ideal...

Et voila, a Super Veloce! This is number 229 of just 350 cars built, a right-hand drive UK car with 6,000 recorded miles. This particular Murcielago is Balloon White, which sounds a little prosaic for a Lamborghini. Unicorn Mane would surely be more appropriate. 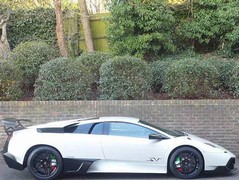 Those calipers must go. Pronto

It was six years ago when the Murcielago LP670-4 SV was released onto the world. Reading through old reviews shows a wealth of praise for the maddest, baddest, Murcie. "An electrifying ball of energy that screams the hairs off the back of your neck", "focused and intimate", "It takes the game at least one notch forward compared with the LP640. Which is no mean achievement." Far from being an obdurate and terrifying monster, it was approachable and enjoyable. Obviously its size and weight had to be considered but here was a Lamborghini flagship you could really enjoy driving. Apparently a manual was an option too...

The SV's reputation, plus the limited numbers, have done wonders for values. What was a £270K car in 2009 is now a £380K car in 2015. An incredible amount of money, yes, but when you consider this Carrera GT with twice as many miles is over £500K it doesn't look quite so bad. Relatively speaking. A Ferrari 599 GTO would surely be very tempting at similar money.

But there's always going to be something about a Lamborghini. The growing old disgracefully approach won't be for everyone but I adore it. Knowing it's backed up by some genuine ability only makes it more special. Once someone has sorted those calipers I'll have it.