Good things come in small packages. For quite a lot of money 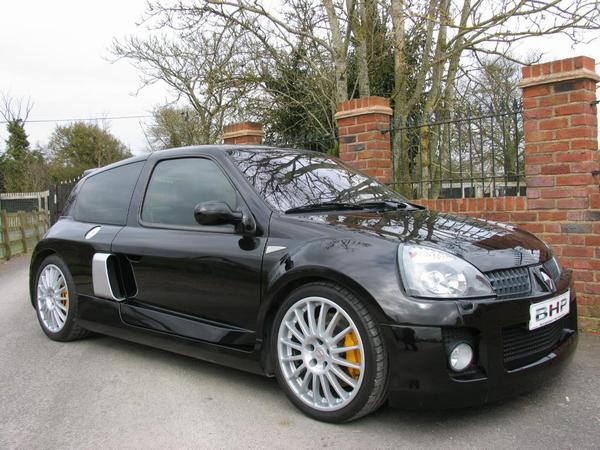 Renault has previous when it comes to putting big engines in silly cars - think the Espace F1, endowed with a V10 F1 engine and a carbon-fibre body. Even today Renault is still at it with the Twin'Run concept, fitted with a V6 in a tubular chassis, and the

. Granted the latter doesn't have an engine, but it's still a bonkers concept. 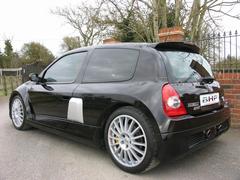 Which leads us nicely to today's Spotted, a Clio V6 Phase 2. In this instance, Renault's engineers chose to push the boat out by transforming an everyday, front-engined, front-wheel-drive Clio into this mid-engined, rear-wheel drive monster. With the best possible inspiration to reflect on - the Renault 5 Turbo 2. The Clio wasn't built to win rallies like it's illustrious forebear, but who cares?

Being a Phase 2 car, this model has a larger wheelbase and thicker anti-roll bars than the Phase 1, reducing the tendency to bite a little too hard in the wet. Even compared to modern hot hatches it's still a little on the lardy side, weighing in at 1,400kg, but with 255hp and a screaming V6 right in the cabin, there isn't much from stopping you having a whale of a time. Well, apart from the terminal understeer... 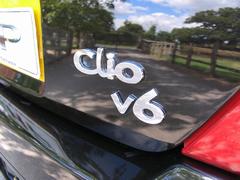 The last time we ran a Spotted on a Clio V6, way back in 2013, they were fetching a little under £20,000 for cars with similar spec and mileage. Four years later that price has ballooned to just shy of £35,000. According to the site

only 144 V6 Clios are still on the road, so you won't need to worry about being outshone by another, unless you're at a Sunday Service of course. In short, if you ever wanted to own a simply mad bit of kit that will please driver and passerby alike, this is the car for you.