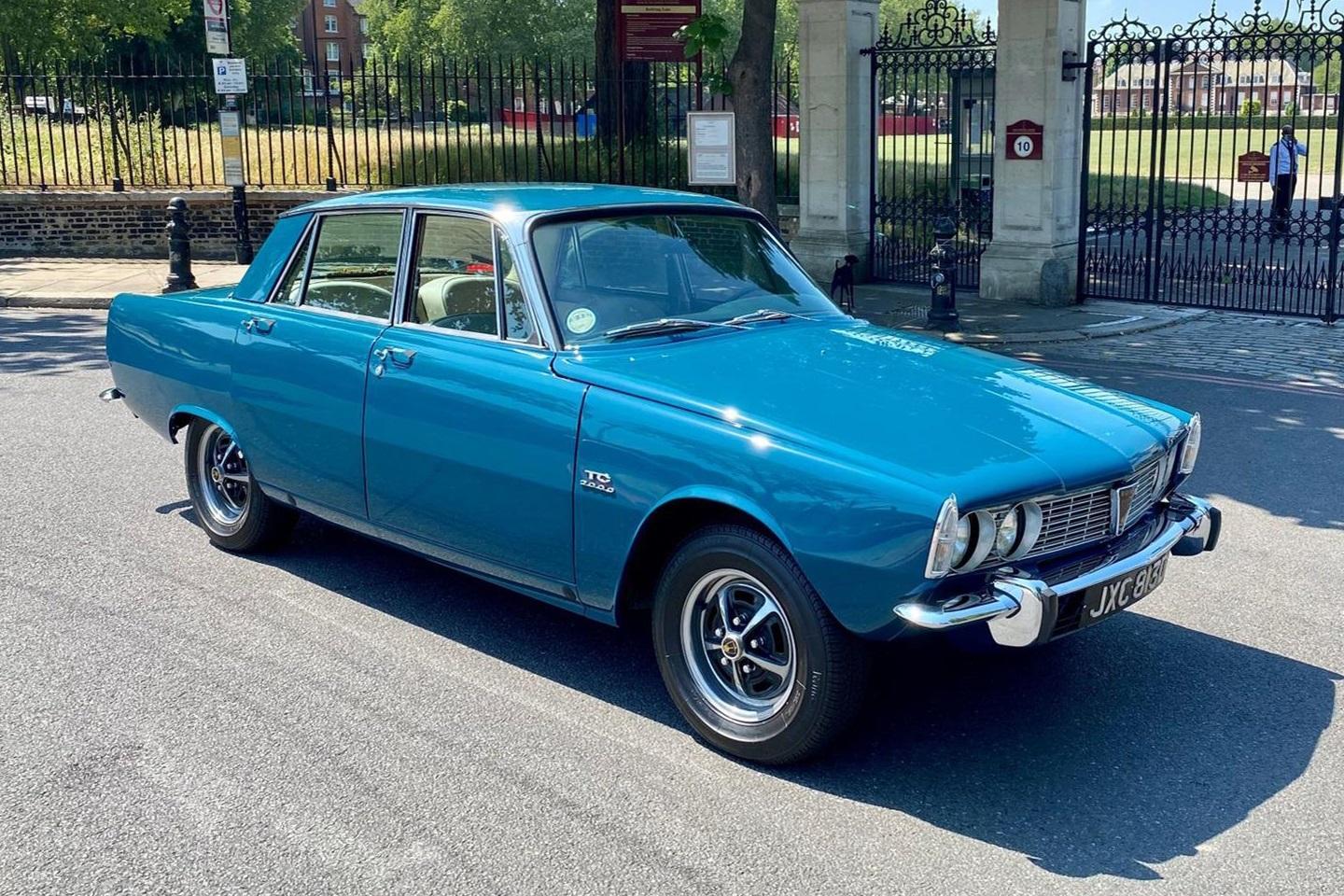 Few moments in automotive history could be called truly inspired. But Rover's decision to buy the rights and tooling for the all-aluminium V8 that Buick had dropped due to reliability problems proved to be one of them. Following the success of the P6 model in four-cylinder 2000 format, Rover acquired a crate of 3.5-litre engines with the intention of developing a more potent model to distinguish the car from its rivals. It was during that development process that the car you see here, chassis 12 of the P6B prototypes, was put together. It was subsequently shipped to America, where another V8 was swapped into its engine bay and tested to within an inch of its life, according to the vendor.

Nowadays, prototypes almost never escape the crusher, but back in the sixties, attitudes toward safety were rather different. Even a test mule was considered as just another used car, so upon arriving back in Blighty, a slightly worn-out P6B-12 was mated with yet another engine EXP3A - said to be the third earliest V8 block that Rover rendered from the Buick motor - and eventually sold on to a staff member in 1970 after no doubt racking up many of its 98,000 miles in the most arduous way imaginable. The production 3500 it spawned was launched to in 1968 to widespread acclaim.

Clearly, the car has lived a slightly more lavish life since the sixties. The P6 3500 never cracked the US market, but its new engine caused a stir at home. Not only had Rover conjured up an attainable four-door saloon with a V8 soundtrack, it also delivered over 160hp and disc brakes all round. Moreover, this was a family car that could crack 60-mph in nine seconds with the 3500 S (synchromesh) four-speed manual, and manage 122mph flat out - fully 10 years before BMW revealed the car many reckon established the perfomance saloon segment, the M535i. And it looked good, too.

The prototype certainly illustrates that well enough, although admittedly thanks to what's clearly been a major restoration, following years of abandonment but, crucially, with "most of its original items still in situ". That means the car as it sits now can claim to be Rover factory-appropriate; the fresh paint and shiny chrome attached to a body with a 2000TC boot badge from the time before this car was destined for V8 duties remains. Sure, £52,500 is an awful lot of money for an old Rover, but this is far more than that. It's an open page in the big book of British V8s and damn near genesis for one of its main constituents. Need we say more?