The Aero was a Swedish surface-to-surface missile. Now it's primo Shed 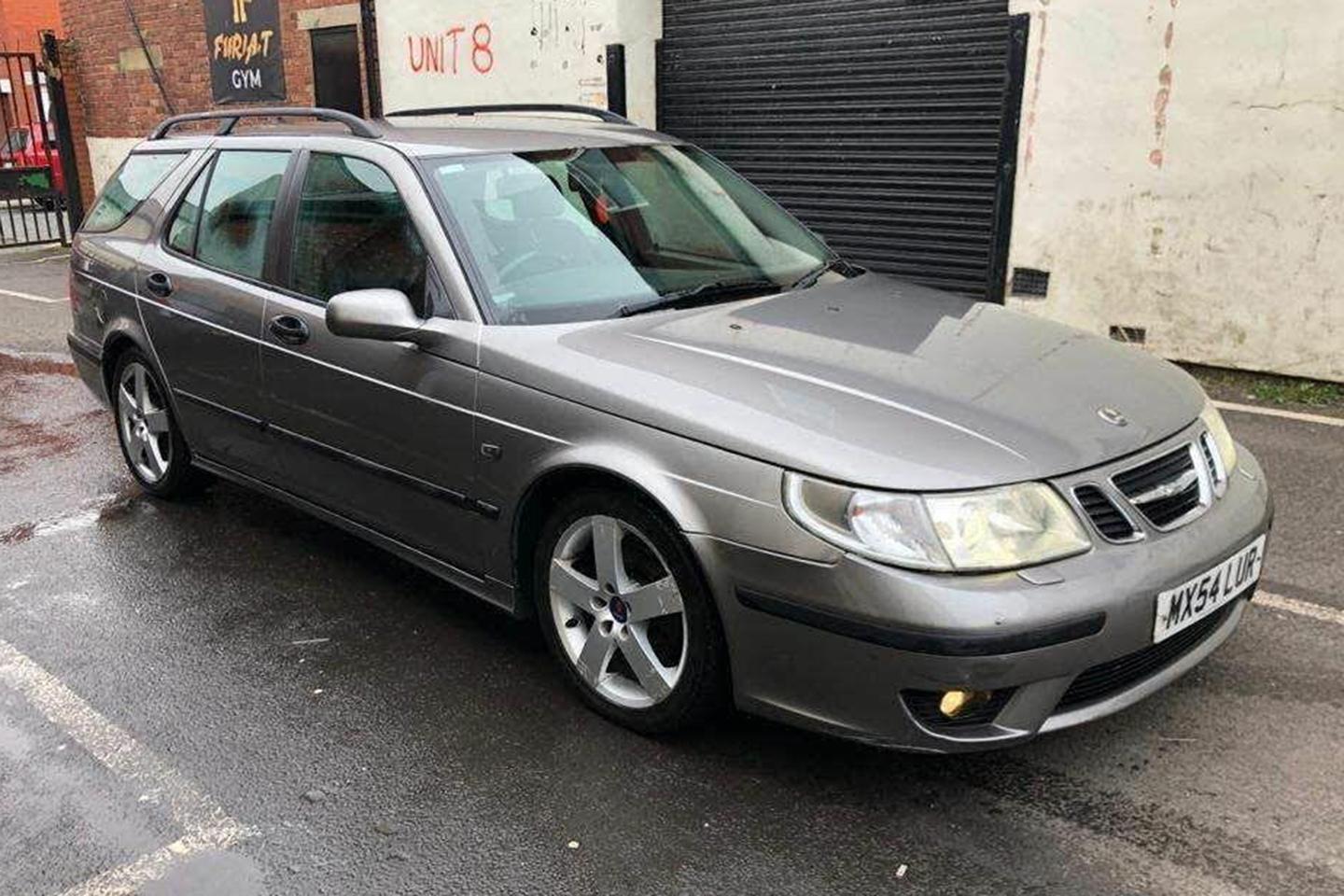 Few cars have had more 'that's a lot of car for the money' compliments flung at them than the pokey and luxurious top-spec versions of the Saab 9-5. Although Covid has strangled the supply of these cars for some reason they can always be relied on to tip up on Shed's weekly sub-£1,500 samplings from the PH Classifieds at some point. And here's a suspiciously lovely looking 9-5 Aero HOT Estate to prove that.

Why suspicious? Because in the compliment above you could all too easily change the word 'car' to 'trouble' and it would make just as much sense. Shame really because the 9-5 and Saabs in general were smashing in so many ways, rivalling the French in their pomp when it came to quirky design. The Night Panel, for example, was a lovely idea for those who spent a lot of time driving at, well, night. Pressing the button for that would instantly reduce your eye strain by knocking out all the panel lights bar the one for the speedo, and even that was only lit up to 90mph mark. If you got to around 85mph the speedo would deduce that you were some sort of international criminal on the run and thoughtfully re-illuminate the further reaches of its face for your law-dodging convenience.

Shed is not one of those folk who habitually run around with no more than half a pint of fuel in the tank at any one time, as he realised quite early on in his motoring career that the car doesn't actually use any less fuel that way. All that happens is you end up driving around in a constant state of fear that you're about to run dry. Which by the laws of physics is exactly what happens. Anyway, the Night Panel designer generously took these skinflints into account by programming the fuel gauge to re-illuminate when the needle got to a low point.

In similar vein the estate could be had with a clever boot floor that slid out to aid loading. We all love a cupholder on PH, and the one that oozes out of the 9-5's central button stack is more lovable than most, but although it's almost worth risking scalding your privates just for the sake of using it you'd actually be mad to put a well-filled hot beverage container in there because the art house design was too delicate and wobbly to hold anything more dangerous than a packet of chocolate digestive biscuits, and even that could be risky on a hot day. All clever and worthwhile stuff, the only puzzle being why more manufacturers didn't copy any of it.

There's a reason why they wouldn't have copied much of the mechanical design because sadly it is in this department where the sparkle of Saab quirkiness begins to pall a bit. As we've just mentioned hot, or as Saab would call it, HOT, let's start with that. In High Output Turbo guise the 9-5's B235 2.3 litre turbo four-pot chucked out 250hp and giggle-provoking midrange thrunge. Unfortunately it was also given to chucking its toys out of the pram.

The list of things that could go wrong with one of these was long and not limited to throttle bodies, engine mounts, coolant bypass valves, fuel pumps, water pumps, crankshaft sensors, head gaskets, vacuum pipes, climate control systems, SID LCD displays, and windows. One good thing about our 2004 shed is that it's from 2004 and as such is not tainted by the gloomy whiff of the post-2006 GM influence. It should also be new enough to escape the 'death by oil sludging' problem that (Shed thinks) was addressed by a revised PCV kit in or around 2004. Synthetic oil is more or less a must. The Saab automatic gearbox seems to have a bad rep but Chinese whispers may outweigh reality on that one.

Another Saab design feature that sounded great but turned out to be a sad case of form over function was the Direct Ignition Cassette. It must have felt like the second coming when somebody first suggested this at Saab. After all, who wouldn't want to have that mess of coils and wiring replaced by a single modular unit that bolted oh-so-neatly into the space between the valve covers?

The answer to that question turned out to be just about everybody who bought one and discovered that at some stage in their ownership experience the cassette would definitely torch itself. The one kind thing about that was that they failed gradually rather than suddenly, so as the sparks dwindled away over a period of weeks you could at least make some sort of contingency plan for the inevitable breakdown. For most owners this plan consisted of carrying a working spare cassette and a Torx driver in the boot at all times.

Mrs Shed ran a 9-5 for a time after Shed gave her one as a present. After that he gave her the 9-5. He knew that she would be girlishly impressed by the Saab's expensive cabin ambience, and quite rightly so too as it's as plush and comfy as a 200 year-old Chesterfield sofa in a gentleman's drinking club. The Harman Kardon audio is ace, too. The fact was that the 9-5 cost him next to nothing. Better still it came with this bonus feature of being almost certain to conk out while Mrs Shed was in it, hopefully a long way away. Predictably it did indeed break down, unfortunately with Shed in the passenger seat, leading to a classic and painful misunderstanding when Shed misheard Mrs Shed's instructions to get his DIC out of the back.

Back with our handsome looking Aero, the just-done MOT says that the offside rear wheel is binding, which will be a seized caliper, and that one of the rear upper suspension bushes is worn. That's also normal. Polybushing the suspension and fitting new shocks de-wafts these 9-5s into good-driving, wardrobe-lugging utility vehicles that are whooshingly fast as standard and tuneable to much greater heights by folk like Karl at NoobTune. You can start by posting your ECU to him for a 275hp remap and go from there.

You might find that the fairly awful fuel consumption will improve along with the power hike but you're not likely to find these cars cheap to run overall. If you use the performance, and what's the point of getting one if you don't, they will chomp through tyres. Fuel disappears at a typical rate of 25mpg. Devotees will claim 40mpg in gentle use. Leadfeet will mumble a much smaller number. Does any of that matter though when it's a smart, three-owner, 115,000 mile car at £1,190?

A powerful 9-5 is one of those cars, like the Landie Defender, that many of us would quietly like to take a punt on before we die, and then having done so immediately regret it. Then again, those who have owned and sold these big Saabs regret getting rid of them. It's all about which end of the transaction you want your regret to be.