It's been another busy week on planet PH. These are the cars we couldn't stop thinking about... 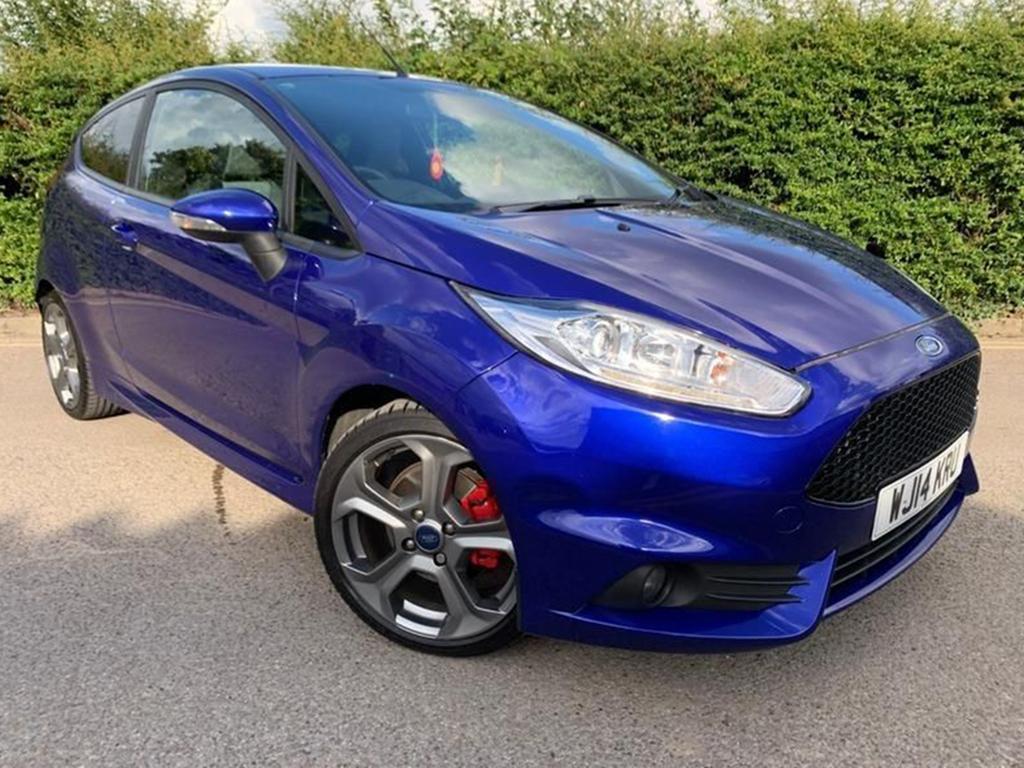 Let's all hope that the predicament Mountune finds itself in can be sorted out. Because, for all that maybe hasn't gone so well, they've done a great job in recent years of making brilliant fast Fords even better still.

Therefore, I couldn't choose anything other than a Mountune Fiesta ST this Sunday. Many, many years ago, we had a car like this one - albeit Molten Orange - on the PH Fleet for a few weeks. It was popular before a trip to Essex, rapid and naughty and brilliant fun. Then it spent an hour with Mountune's Wave of Dave - that was the collective noun, honest - and came back, if not transformed, then likeably enhanced. For less than £700. Its mid-range felt burlier, its top end freer and its noise angrier. What was an exciting little tyke of a hot hatch became a memorable pocket rocket thanks to Mountune's work.

And while we can't do much about Mountune's current situation, it's easy to discover what all the fuss is about. This Fiesta has the MP215 kit fitted, plus it's a range-topping ST-3 in Spirit Blue, also known as the best Fiesta ST colour. It's approaching 70,000 miles, though the Fiesta ST remains one of the most addictively entertaining hot hatch experiences - the more so with Mountune's mods. I can hardly think of a better way to spend £8k.
MB

No prizes for guessing what I've been lusting after this week. Having discovered just how good a stripped-out, track-prepped Civic Type R is - very, is the easy answer - I've spent the following week trying to work out how to experience it some more with one of my own. And this from a guy approaching a decade of Clio 182 ownership...

In an actual race, you only get the great points of a K20 - the noise, the response, the revs - as opposed to those tedious real-world concerns like torque and economy. Which, let me tell you, is just as exciting now as when those first Type Rs screamed their way into Britain back in 2001. So I've been dreaming of my own Civic racer, and a car like this would be the perfect base.

It seems the days of truly cheap and decent EP3s are gone, as the cars deal with the effects of age and use. Or, er, are hacked apart and made into race cars. I'm sure this 109,000-mile, 2004 car would have been a little cheaper not long ago, but no bother: with a "superb" service history I'm hoping it wouldn't bring too much trouble as a race car. I'd like to keep those metallic silver panels gleaming as well, though, as Saturday proved, a bit of rubbing seems to be part and parcel of a Type R Trophy race. And I can't wait to try again.
SS

It's easy to be conflicted about the demise of the GT86/BRZ. As Mike covered in the Carbituary, the car's misty-eyed reception at launch was something to behold. Its makers had mercilessly tapped into the road tester's wish list: rear-wheel drive, lightweight, naturally aspirated, preternaturally balanced and manually geared - the adulation was all but inevitable. I was no exception. At Bedford Aerodrome's diminutive East Circuit the GT86 had drifted into the 2012 Driver's Car of the Year title before anyone could say 'Primacy'.

The problem, of course, is that the world is not the East Circuit and most people don't think like road testers. Personally, I have great affection for the poise and wrist-pleasing precision the GT86 delivers when driven modestly - but even I'm willing to concede that the car lacks the sort of straight-line enthusiasm you might justly expect a modern-day sports car to deliver. And even if you dismissed that shortcoming as irrelevant in 2012, it was hard to not concede that the contemporaneous Megane 265 Cup made for a more thrilling B road steer.

Nearly a decade later and the obvious upside to all this niche appeal is that lightly used examples of either the GT86 or BRZ are pleasingly affordable. This is not news - we cheerily pointed to the presence of £10k cars in the classifieds last year - but I've decided I like the look of this two-year-old facelifted model with 12k on the clock. I like the wingless Crystal White Pearl and the decals and the service history. But most of all I still like the GT86 for what it is, and not for what it isn't.
NC