How to mark the real return of TVR? To the classifieds! 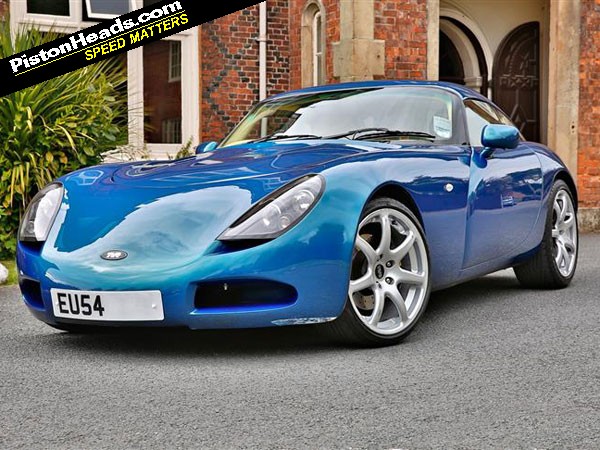 Arguably the news of

is more significant to PistonHeads than anybody else, given PH has its origins inextricably linked with the brand. The plan for a new car appears a credible one, so how better to mark the occasion than with a previous hero? 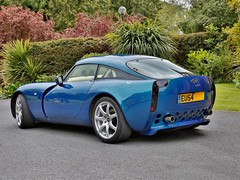 The problem is knowing where to start. Logic would dictate a Sagaris as the most appropriate given it's the last model launched under the old regime but there's so much else to consider too. The Griffith remains the archetypal TVR for many and is desirable from pre-cat right through to the last limited editions. The styling of a Tuscan is still out of this world and the Wedges offer a very cheap way into TVR ownership.

But eventually this T350 was settled on. Why? Because it's a personal favourite, the spec is perfect and the advert is full of detail and insight. Arguably more than any other car, an especially knowledgeable and enthusiastic owner is most pleasing to see with a TVR.

The T350C was launched in 2003. Originally intended as a replacement for the Tuscan racer, it evolved to become a road car to sit below the Tuscan and eventually the Sagaris. Essentially a coupe version of the Tamora, it cost just £38,500 (!) and was joined a year later by the T350T (Targa). 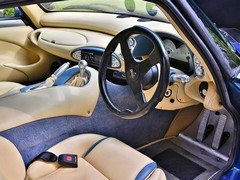 Looking pretty fresh in here too

Perhaps it's the passage of time, perhaps it's the rarity, perhaps it's the spec; whatever, this T350 looks marvellous. Short and squat with big wheels out at the corners, it's fantastically dramatic without being over the top. There is also paint - Halcyon Atlantis Blue - that changes colour depending on the light. Always works best on a TVR.

The T350 was always regarded as one of the better sorted TVRs dynamically, and this car should further improved on that with three-way adjustable Nitron dampers plus Eibach springs. That's not the end of the useful upgrades either, with a reversing camera, iPhone compatible stereo and cruise control added by this owner. He also has a set of 16-inch wheels with Toyo T1R tyres because "Tamoras and T350s ride and handle better on these wheels" in his opinion. As a man who has owned this car since 2011 and a Cerbera for a decade before that, he should know his TVRs. He has also been a PHer since the turn of the millennium, which must make him a good egg. 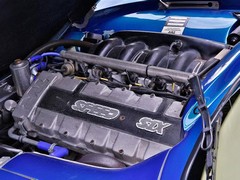 The PH forums will be a mine of useful information on purchasing a T350 but all the important boxes appear to have been ticked with this car. The clutch typically only lasts 15,000 miles but this car had a new one in December. Servicing has been regular and extensive, the electrics are said to be functioning perfectly and it has the advantage of being a late model in the production run. Not only does this mean sun visors are fitted (the decadence) but it's often said that the later Speed Sixes are the best.

At £25K the T350 is around half the price of a Sagaris, making it appear great value. There is so much of the noise, fury and visceral excitement of that car for a lot less money. For anyone frustrated at increasingly sanitised sports cars and unable to wait for the new model to reach fruition, a used TVR seems to make more sense than ever.