Home/Regulars/Spotted/Volvo 360 GLE: You Know You Want To 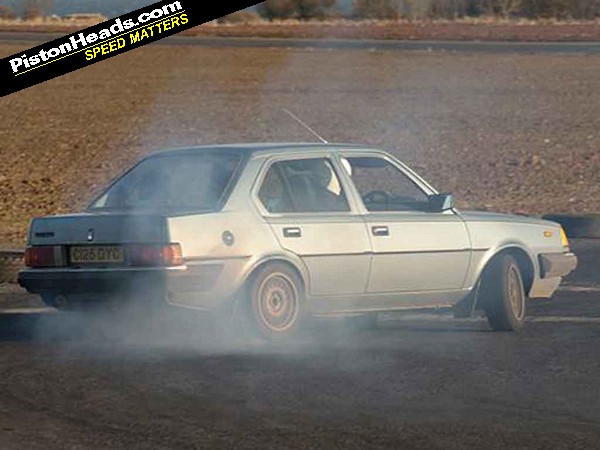 We've said it before, and we'll say it again; everybody loves a fast Volvo. Combine a thumping turbocharged engine with a rather humdrum body, some motorsport pedigree and a solid reputation as a patrol car and there's the makings of a cult hero. 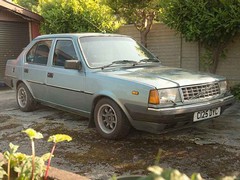 Moreover, with the production S60 Polestar beginning Australian sales later this month, the fast Volvo breed is hopefully evolving into a genuine AMG/M Power rival. In fact, there's probably just one drawback to the traditional Volvo flagship recipe; no skids. Power oversteer is obviously out with the

aside, the 4WD models have always been rather nose-led (S60 R anyone?).

But here's the answer. Take one 1985 Volvo 360 GLE, one of the squarest and dullest Volvos ever made, add one turbocharged 2.3 from another very square 740, drop in a welded diff and, voilà, one absurdly silly quick Volvo appears.

Ok, the transformation has (thankfully) been more thorough than that, but what a fantastic concept nonetheless. The 740 motor is reputedly producing 200hp running at 12psi of boost, which should be plenty for some impromptu D1 practice given the very skinny tyres. 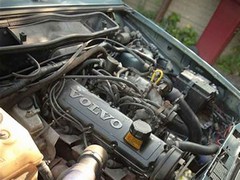 The list of upgraded or recently replaced parts also points to a very comprehensive modification project. Under the bonnet, a larger intercooler aids the turbo, plus there's a new crankshaft seal, radiator and thermostat. A remap, air filter and stainless steel exhaust are also noticeable tweaks.

Moreover, as you would expect from a car built to go sideways everywhere, the 360 has been treated to a complete suspension overhaul. The lowering springs are apparently bespoke, the rear dampers are from a Land Rover, plus the diff's oil has recently been changed. Oh, and there's a hydraulic handbrake with 'an excellent bite' in case 200hp just isn't sufficient...

The advert lists plenty more upgrades, including a new clutch, but suffice to say plenty of work has been done. If the accompanying images are anything to go by, the changes have been wholly successful. Once over the incredulity of seeing a 28 year-old Volvo 360 going sideways, it actually looks fairly comfortable with the rear wheels on a very different trajectory to the fronts. According to the seller, it has a load more steering lock than his previous Sierra too, which is of course a boon for drifting. 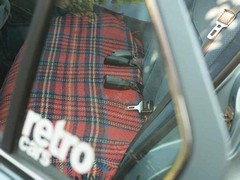 Options package has been carefully considered

So what does the 'ultimate hooligan's car' (his words, not ours) cost? £2,000 , with a tartan rug as standard. Given the components and hours of work that have gone into it, this seems like a great price. It remains road legal too. For some sort of context, this 1991

costs a similar amount and is a slightly newer car, but has had more use and less work done. There's also this later

but, whilst no doubt a great basis for a drift project, is arguably too nice to go messing with. And neither are quite as cool as the Volvo.

For a weekend fun car that isn't an MX-5 or a hot hatch, the 360 looks tremendous fun. It's probably a brave choice as everyday wheels, but those roundabouts on the way to work will never look the same again...