An extreme performance badge revived, but in name only? 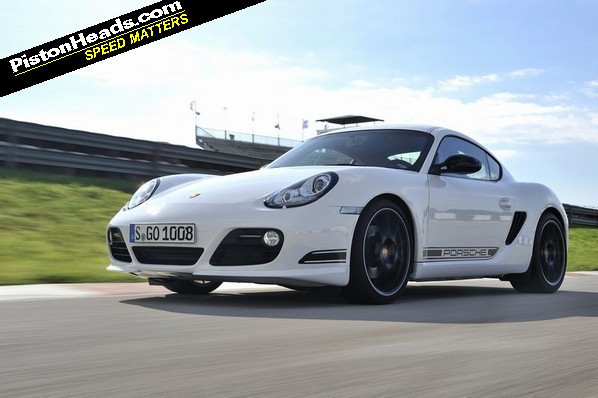 Ever since the Cayman was launched in 2005, there's been a persistent clamour for a faster, leaner, harder version. Given the base car's talents it seemed an opportunity too good to miss, but the debate wasn't so much whether it was possible, but more whether there was the will to launch a car that would surely threaten at least the lower levels of the 911 range. 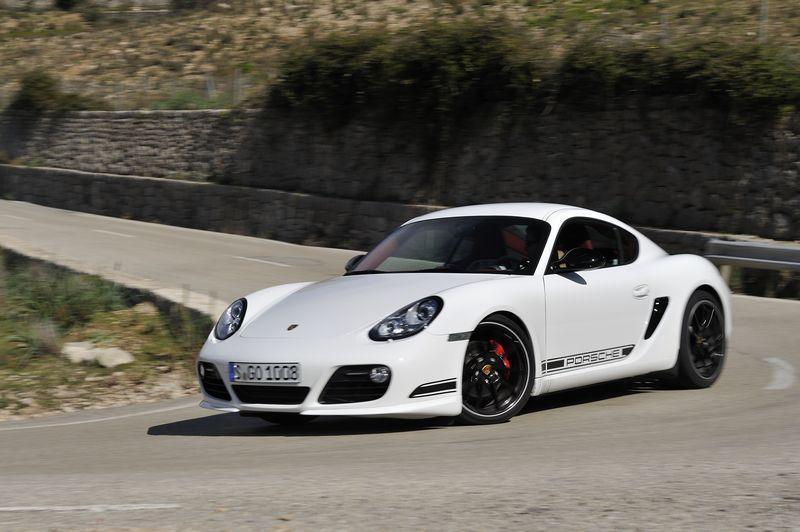 Porsche has made us all wait for it, but finally there's a car that might quench that desire: the new Cayman R. Until now, the rarely-used 'R' badge has signified an extreme racing Porsche, whether for the original recipient in 1967 - the first stripped out, hardcore 911 - or with the current 'GT3 class' competition 911, the GT3-R. But for this Cayman, Porsche has resurrected the 'R' badge to sit below the RS moniker applied to 911s in the company's performance hierarchy - and that's an important point when you're setting your preconceptions of what this car will be.

In basic terms, the R is 55kg lighter and 10hp more powerful than a Cayman S, thereby improving the power to weight ratio to go with the chassis changes that have been made. The weight loss - taking the DIN weight down to 1,295kg - is achieved through the fitment of the aluminium doors from the GT3/Turbo saving 15kg; the lack of air conditioning saving 12kg (although basic a/c is a no-cost option); fixed back lightweight bucket seats saving 12kg; very lightweight 19" wheels shedding 5kg (shared with the Boxster Spyder); no radio saving 3kg (although again, the basic sound system is a no-cost option) and various other minor items - RS door pull straps, no cup holders, no door pockets, a 10-litre smaller fuel tank - save the final 7kg. 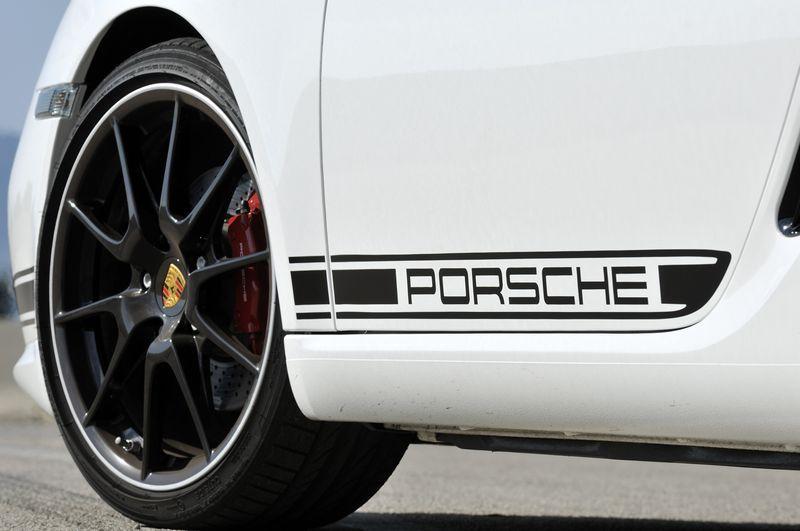 The extra horsepower is thanks to a large diameter exhaust manifold and an ecu remap, while the front and rear spoilers reduce aerodynamic lift by 15% on the front and 40% on the rear. Finally, the suspension has been lowered by 20mm, with firmer springs and more negative camber - clearly visible when you look at the car - and you get a limited slip differential included in the price.

Porsche's PDK gearbox is an option - with rethought algorithms - and in Sport Plus mode it works well on a circuit if that's your thing. But it's still awkward at times on the road, and on a car such as this not only does it bring a 25kg weight penalty, but it also takes the driver one step away from the action. Driver involvement - particularly as the gearbox and clutch are such a pleasure to use - counts for more in a car like the Cayman R than the ability to engage launch control. 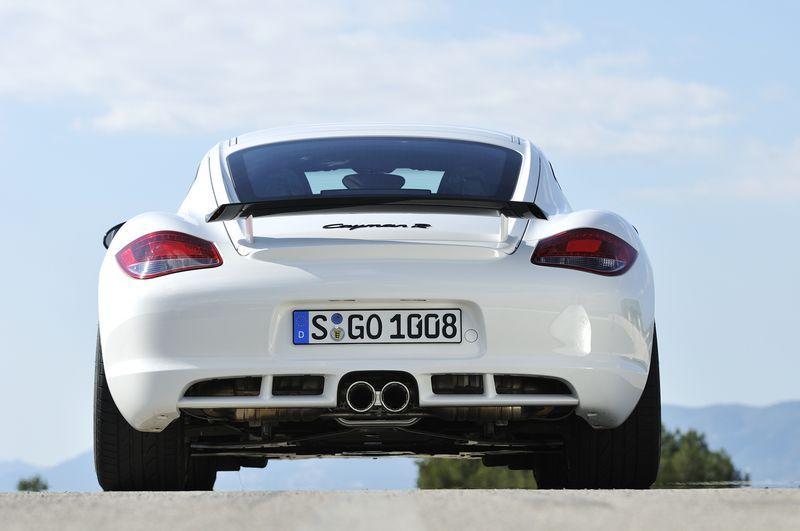 You don't need to drive far in the R to form a clear impression of its character. It's one of those cars that you just get on terms with so quickly, its fizzing, sabre-sharp flat six right there over your shoulder offering superb throttle response and a purposefully guttural induction note. With 330hp on tap the car can reach 60mph from rest in under 5sec (4.5 in ultimate PDK launch mode) but the beauty of the performance is the accessibility of it at relatively sane speeds.

Predictably, the R rides more firmly than a Cayman S, but first impressions (admittedly on mainly smooth roads) suggest it's far from uncomfortable. And the benefit, of course, is a car that responds more keenly, feels more agile, more alert. The alcantara trimmed 'wheel is utterly faithful in is accuracy and offers excellent road feel: the R will move around beneath you on say, dusty roads, but in the dry at least, it's not a threatening car, principally due to the communication it offers and also the sensation that all the mass is mounted low and centrally between the wheels. On a track it's benign, always on your side even with the stability system switched off, and with good stamina. The ceramic brakes are an expensive option as ever, but you really value their power and resilience, not that the standard iron set are poor: they need a lot of abuse before the pedal starts to go a little long. 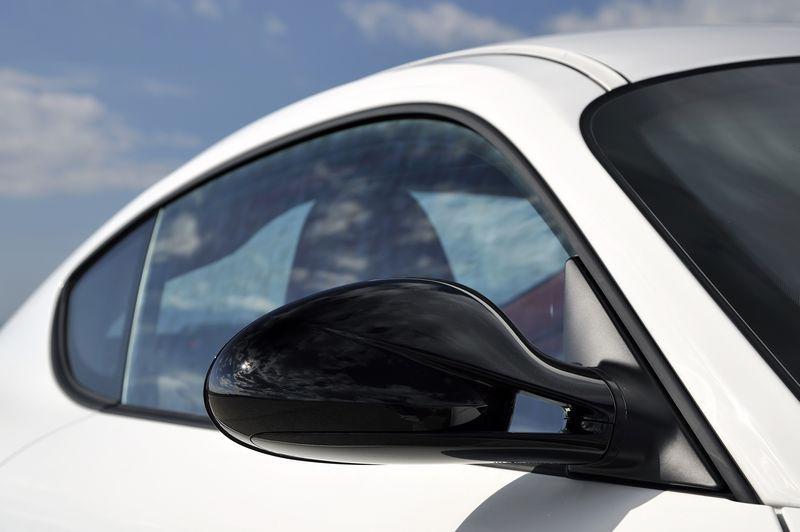 So, some key questions: is the 'R' not hardcore enough - almost too 'easy' to drive? That's been a criticism of Caymans in the past from some quarters, and while I don't personally agree with that, if you're looking for a really formidable challenge - something a bit tougher to master or power-led - you won't find that kind of car here. It's an easy-going little coupe, really: fairly light on the fuel (29.1mpg combined), the C02 (228) and with two 'boots' (front and rear), very useable.

Could Porsche have gone further with this car? Yes, certainly they could. Talking to Jan Roth, project leader for the Cayman line, it's clear that the car has been sharpened to a clearly defined point. For example, Macrolon was considered for the rear window like the GT3 RS, but as the material isn't legal for the US market the cost and volume numbers just didn't add up. Put a/c and a stereo back in it and the diet program suddenly doesn't look too clever. 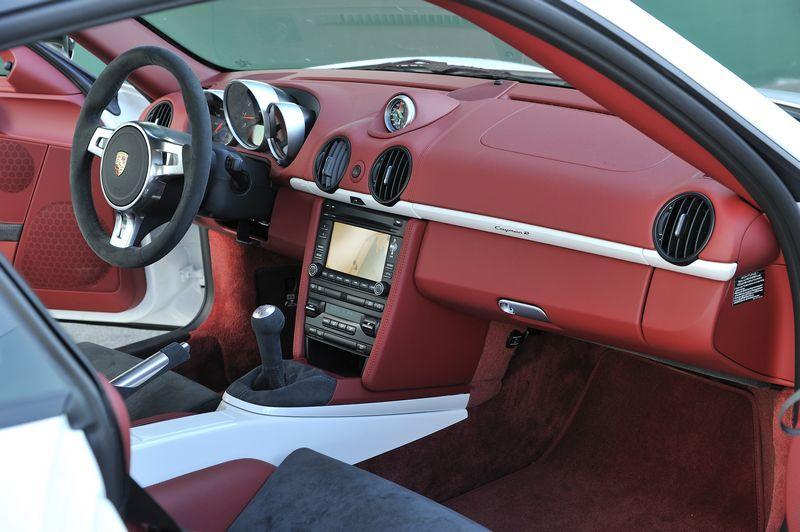 So no, this isn't the RS Cayman some have been dreaming about, but for only an additional £4,124 over the 'S' (list price in the UK is £51,731 for the R) you get a car that asks for little in the way of compromise but rewards that bit more, goes that bit harder and includes plenty of desirable kit.

Maybe the badge is wrong - maybe it should be a 'GTS' like the recent wide-arch 997 variant, or perhaps more appropriately, the return of the 'Club Sport' line.

But none of that makes it any less of a loveable car, or a great drive. And if you're on a budget, it makes it that much easier to snap up an early Cayman S and set about creating your own version.