The Cayman GTS isn't an R replacement, or a GT3-lite. It is, however, really rather good

In the same way that we can reasonably expect the child of Ashton Kutcher and Mila Kunis to be fairly beautiful, there's was a sense of inevitable greatness about the

. How could it not be? Take the already superb

, cherry pick the best from the options list and give it a few styling enhancements then, voila, another excuse to talk about the 904. Plus a rather excellent Cayman, even if a good story would have preferred the opposite. 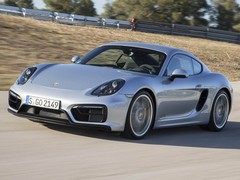 What the GTS isn't, however, is a replacement for the

. It isn't as uncompromising or focused, but that was not the intention. The question actually arose in the press conference, Porsche representatives saying it doesn't mean there won't be an R but this GTS shouldn't be seen as a successor. Let the R speculation about a super light, four-cylinder track special begin... now.

No, the Cayman GTS follows the same formula that proved so enticing in the 997, Panamera and Cayenne. For those cars it meant being quicker than standard, less intense than a GT and yet still more involving than a Turbo. Or put even more simply, take the S version and make it just that tiny yet tangible bit better.

As a quick reminder, the major mechanical tweaks for a GTS over a Cayman S are another 15hp, a 10mm drop in in ride height with standard PASM as well, Sport Chrono and a sports exhaust. Small mechanical changes to go along with the new front bumper design and smoked headlights, 20-inch wheels and GTS badges. There's another acronym for your Porsche dictionary additionally with Porsche Dynamic Lighting System Plus too (PDLS Plus). 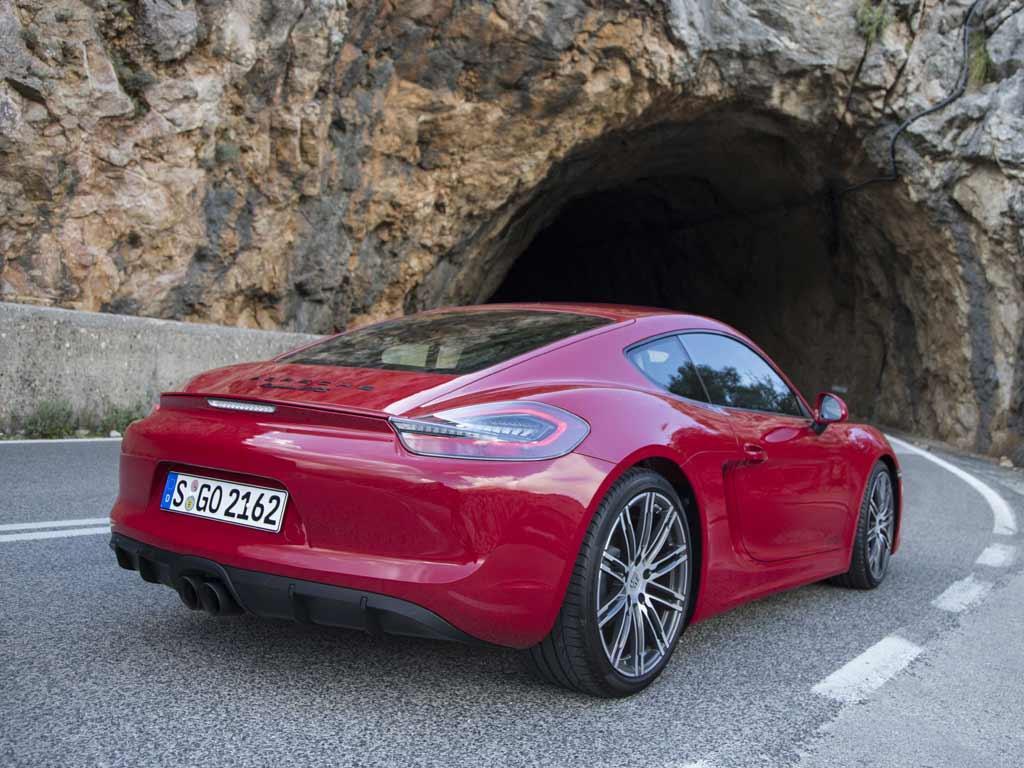 Predictably, there's no stunning transformative effect during the first few miles. It's the same sweet, precise Cayman that it always has been, albeit with a beautiful, baying din from the sports exhaust (uniquely calibrated for the GTS) howling out the back.

To appreciate (or indeed just to discover) what distinguishes the GTS, it needs to be pushed a little harder. With that 340hp peak power figure not developed until 7,400rpm (identical to the standard S), the benefits are not immediately obvious. The characteristics are the same, with the 3.4-litre flat six so willing to rev at any opportunity, gaining in zeal from just over 4,000rpm and absolutely scintillating over the last 1,500rpm or so. Here it feels fast, but the figures of course show the gains are minimal over an S. And without a Cayman S to immediately compare back-to-back, it's hard to make a definitive judgement. Certainly though, you'll never want for more performance. Or noise. 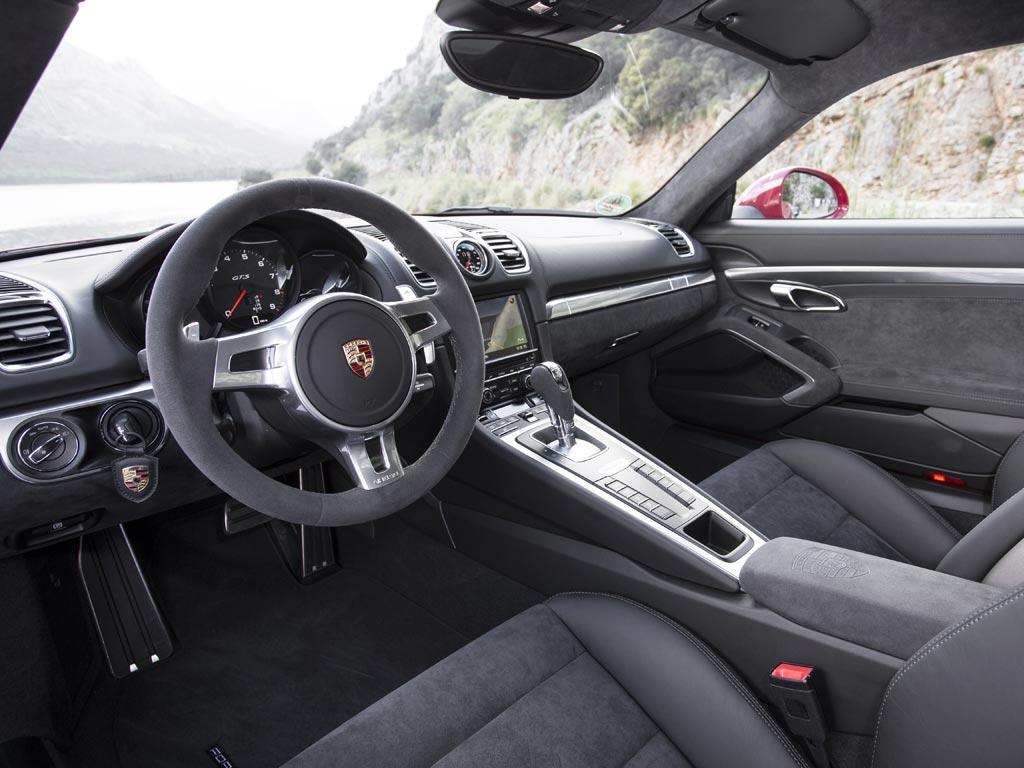 Spec a Cayman GTS with a manual, please. Indeed have any Cayman with a manual. The pedal weights are perfect (even if the clutch seems a little high initially), the shift is quick and short and the gearstick itself is the ideal size and distance from the wheel. It seems an unnecessary observation perhaps, but in a world of autos it's a real pleasure to operate a clutch and a stick. Ally it to an engine that thrives on revs, a test route with multitudinous hairpins and there's a recipe for unadulterated joy. Third to second to first, blipping each shift (yourself) and then scrabbling out of another 180 degree bend is just terrific.

In fact the majority of the Majorcan test route is characterised by these sinewy, craggy streams of tarmac climbing up hills and cascading down the other side. Most aren't particularly well surfaced either, but even on the better parts the PASM's Sport mode is just a bit too much. The ride becomes a bit intrusive as the GTS jiggles slightly across the surface, ruthlessly controlled but lacking the comfort that makes the damper's normal setting such an ideal compromise. Indeed, as Chris observed driving the S, it rides with such composure on 20s that style simply doesn't have to be sacrificed for the sake of dynamics. 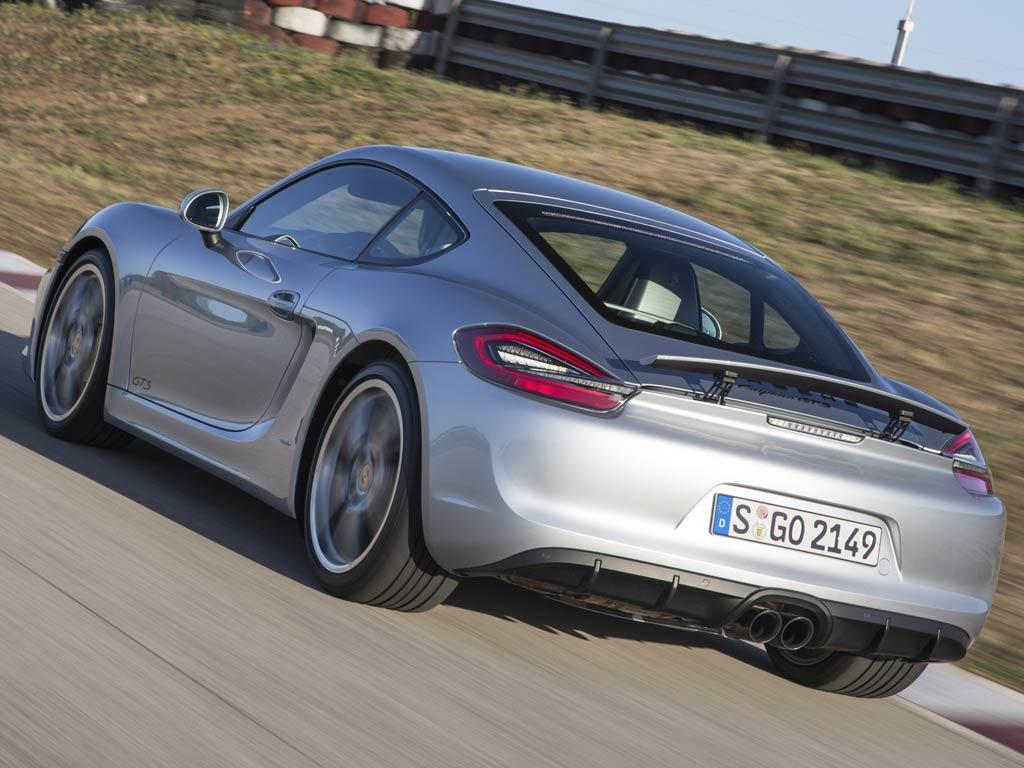 Standard PASM most useful on track

Switching between the PASM damper modes on track does reveal a discernable benefit, the Cayman's beautiful balance and poise upped a few notches. But it would be a lie to state that I could detect the dynamic engine mounts doing their thing, and the GTS remains stellar with the dampers on their regular setting. Alright, the steering still lacks those fine surface details we crave but, by the same token, it remains one of the best EPAS systems around for gearing and weight. The Alcantara wheel is a lovely thing to hold also.

So the GTS is really rather fantastic. Of course it is. That it looks a little more special than the standard S simply adds a final layer of desirability. Indeed, the appearance and the range topping status, wrapping up all those tasty options in one model, will probably be enough for most (exactly as discussed in the news story; what was that about predictable?). It represents good value moreover when you consider that PASM, the sports exhaust, Sport Chrono and 20-inch Carrera S wheels already account for £5,034 of the £6,614 walk from S to GTS before the power, styling or interior Alcantara are considered.

Here is where the personal PH purist should conclude by saying stick with a Cayman S on 19s and have a sports exhaust. No doubt that would be a fabulous car. But the GTS upgrades are so finely selected and offer sufficient 'want one' factor that the premium can be justified; it makes a stunning sports car that little more magnificent. Just keep the manual, OK?