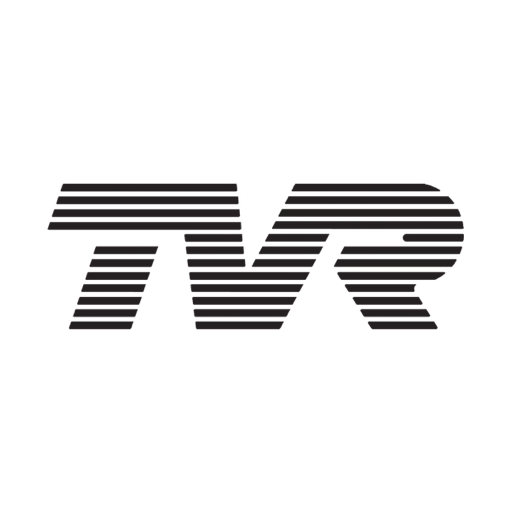 The Cerbera debuted at the 1993 London Motor Show but cars weren't on sale before 1996. It was the third TVR of owner Peter Wheeler's stewardship, his first fixed-head coupe, and his first model with rear seats (sort of). Like the Chimaera two-seat roadster that preceded it in 1992, the Cerbera was named after a fearsome mythical beast. Wheeler's first car, the 1991 Griffith roadster, had been named after the Griffith Series 200 conceived and built by US TVR importer Jack Griffith in 1964 after a willy-waving chat with Carroll Shelby. It was a shame that Jack's surname wasn't Griffin because that would have been a neat starting point for the 'mythical beast' names, but in any case a Ford 289 stuffed into a modified fibreglass-bodied Grantura ticked the 'fearsome' box as emphatically as Shelby's Cobra did.

That first Griffith 200 and later the 3000S established the lairy template for every TVR produced during Peter Wheeler's 23-year spell in charge: a glassfibre body and a mad engine sitting on a tubular steel chassis. Clearly nobody had told Wheeler that you needed a huge development budget to build your own engine. The 1993 Cerbera was the first TVR to have an in-house motor, the Al Melling-designed all-alloy 4.2 litre flat-plane crank AJP V8 producing 360hp and 320lb ft. Although that first Cerbera came with a limited slip diff as standard (or a viscous-coupling Hydratrak diff as an option), there were no automatic gearboxes or traction control systems available. If you were up to the task of working the beefy five-speed Borg Warner T5 manual and balancing back-end grip with a power curve that didn't peak until 6,500rpm, a low four-second 0-60 time and a 180mph top speed were both possible.

Two years later, Wheeler again confounded accepted automotive logic by launching another in-house engine, a 3.6 (or stroked 4.0) dry-sump straight six. The 4.0 litre unit that was put into the Cerbera Speed Six shrugged off its two cylinder disadvantage relative to the old 360hp 4.2 AJP-V8 (or Speed Eight as it was by then known) with 350hp at 6,800rpm, rising to over 400hp in later Tuscan S, Sagaris and Typhon models. It was the most powerful naturally aspirated six-cylinder engine ever to appear in a production car, humbling more expensively developed motors such as the BMW M3 on the numbers, admittedly with a more random reliability factor.

Wheeler trumped that in the following year (2000) by confirming that the Speed Twelve concept that had first wowed show crowds in 1996 was going to be produced. Powered by a 7.7 litre V12 made from two Speed Six blocks, the Twelve was presented as a GT1 class endurance racer and, by the way, as the world's highest performance road car. Like every other Cerbera (and TVRs in general of this era) its claimed weight was around 1,100kg. The exact weight was a moot point with a nominal 800hp on hand and enough grunt when provoked to smash TVR's 1000hp-rated dyno.

With double the power to weight ratio of a Bugatti Veyron and none of the traction control or even anti-lock braking measures you'd find on a Ford Focus, the Speed Twelve was (and still is) a strong contender for the title of most evil road car ever built. In 2000 the price was set at £188,000, making it the most expensive TVR by far, but Wheeler sealed its place in motoring legend in a different way by canning it before it went into production, partly because somebody changed the GT1 race regs but mainly because he reckoned it was too berserk to be driven on the public road – and Wheeler was no duffer behind the wheel. All deposits were returned.

Still, a single Speed Twelve prototype was registered for the road on the plate W112 BHG, using one of the GT racer bodyshells. In 2003 it was sold to a buyer who had been heavily vetted by Wheeler. As far as we can ascertain it's still running under that same reg number, having been sold at least once since. The dust from the Speed Twelve announcement in 2000 had hardly settled when TVR released a Red Rose option pack for the 4.5 Cerbera, hoisting its power to 440hp and with a button on the dash to alter the mapping. A 'Lightweight' Cerbera 4.5 version arrived featuring different seats, lights, doors, bonnet, boot lid, A-pillar and rear screen trims and a thinner-gauge roll cage. It reportedly added up to a 40kg reduction, though the thinner roll cage was probably more useful for aiding visibility than saving weight, and the loss of the sun visors was an annoying gimmick. New Cerberas remained available until TVR shut its doors in 2006, two years after the Russian oligarch Nikolai Smolensky took the firm on.