Let PH show you how to buy the ultimate GTR...

There are two key hurdles to buying a used Ultima GTR. The first is finding one for sale as only a few ever seem to be on offer at any given time, the second is sourcing a car in a specification you like. Given these are all hand-built cars, either from the factory or by the original owner, there can be a lot of variation in the details of colour, wheels, wings, engine and trim.

Even so, the GTR was a much more standardised offering than most self-assembly cars. When it was launched in 1999, it was a clear development of the Sports model it replaced. For the new car, Ultima looked at improving the aerodynamics and spent considerable time and effort in MIRA's wind tunnel. The results were a car could hit 160mph with a fairly modest 350hp small block Chevrolet engine.

If the top speed didn't make headlines, the acceleration of the GTR did. With that same Chevy engine, the 950kg Ultima went from rest to 62mph in 3.3 seconds and that was just the starting point for the range. Factory options for the motor could see its power increased to 600hp with the early cars, though many have since been uprated to more. In 2005, a GTR 640 was added to the range with, you guessed it, 640hp.

However, the one that really put Ultima in front of a wider audience was the GTR 720. In completely road legal form, this model covered 0-60mph in 2.6 seconds, passed 100mph from a standing start in 5.3 seconds and went past 150mph in 10.4 seconds. It also set a World Record for 0-100-0 in 9.4 seconds, as well smashing the lap record at Dunsfold.

Those records stand as confirmation of how well designed and made the Ultima GTR was and why it was in production for 17 years before being superseded by the Evo in 2016. The spaceframe chassis was built with power of up to 2,000hp in mind, though most examples tend to have between 350 and 550hp from Chevrolet-sourced engines. The LS7 became the factory-approved motor in 2007, while a shift to the Porsche 996/997 transaxle came in 2010.

The following year Ultima improved the air conditioning that's essential in the closed GTR coupe and also desirable in the open-top Can-Am. At the same time, clear indicator lenses and a reshaped exhaust were added. For 2012, a new pedal box offered taller drivers more space, while the chassis was uprated in 2013 with new roll cage and rear bulkhead.

Many older cars will have been updated with these improvements and the factory offers a 160-point inspection with written report for peace of mind. There's also servicing direct from Ultima that offers re-bushed suspension for £380, suspension alignment for £240 and an oil service for £50 plus parts. However, the hands-on nature of the GTR means many owners carry out this work themselves, so just be sure you're happy with the standard of work. Other owners are also often willing to help check cars over.

Buy any Ultima GTR based on condition and worry about adapting the specification afterwards, as it's possible to upgrade almost every aspect of the car. Reckon on paying from £35,000 for a well sorted car that doesn't need any work. 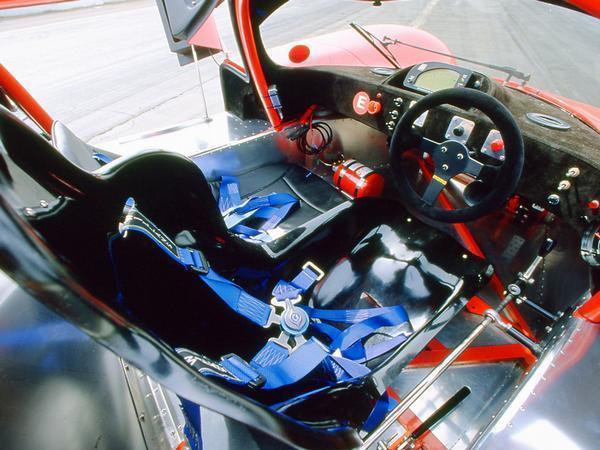 Bodywork and interior
Check for cracks and stars in the GRP bodywork, and for stone chips across the front end and sills.

Most Ultimas will have been pampered but still look for corrosion on the chassis. The factory offers an inspection service.

Air conditioning is a must-have option for the GTR. It can be retro-fitted for around £1,500.

Taller drivers may need to have the floor lowered to fit comfortably - some cars have had this done and existing cars can be modified.

Engine and transmission
Cars built from 2010-onwards use the Porsche 996/997 transaxle.

Check you are happy with the gearing for your intended use as it's expensive to swap ratios.

Chevrolet small block engine can suffer from oil leaks, so look for evidence. Not expensive to put right and parts are cheap.

Many earlier cars are now being converted to EFI.

Suspension and steering
Rear suspension bushes can wear quickly on earlier GTRs, but cheap and easy to replace for a DIY mechanic.